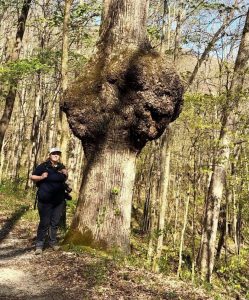 Chelsea Ballard was diagnosed with the Alpha-gal allergy, or red meat allergy, in which she can no longer consume red meat or dairy products. Photo submitted. 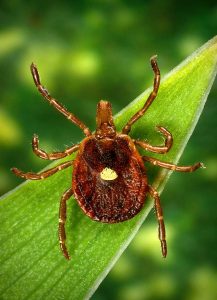 The lone star tick can transmit a variety of illnesses to humans, including Alpha-gal Syndrome. Photo courtesy of the CDC website

Kentucky is known as a great place to enjoy many outdoor activities, including hunting, fishing, and hiking just to name a few.

While beautiful scenery may draw you outdoors, it also may put you in contact with ticks.

Most tick bites just become an itchy nuisance, but the tiny pests can also transmit illnesses such as Lyme Disease and Rocky Mountain Spotted Fever.

But there’s another tick-borne illnesses that is drawing attention as more people are being affected. That disease is known as Alpha-gal Syndrome (AGS).

According to the Center for Disease Control and Prevention (CDC), AGS is also known as the red meat allergy.

The term Alpha-gal is short for galactose-alpha-1, 3-galactose. This is a carbohydrate or sugar that is found in the meat of mammals, including cows, dogs, cats, sheep, deer, and pigs. Alpha-gal can also be found in products made from mammals such as medications, cosmetics, vaccines, gelatin, and milk products. This sugar is not found in humans, and yet humans can develop an immune response to it.

AGS was first discovered by medical researchers in 2009 to be caused by the lone star tick biting and injecting humans with the alpha-gal molecule. Those who are bitten are exposed to blood in a lone star tick after it has fed on deer and other mammals. This can lead to the excessive production of Immunoglobulin E (IgE) antibodies that are produced by the immune system.

As stated on the American Academy of Allergy, Asthma, and Immunology (AAAAI) website, if you have an allergy, your immune system overreacts to an allergen by producing IgE antibodies which can travel to cells and release chemicals, causing an allergic reaction.

Because red meat also carries the alpha-gal molecule, a person who has been bitten by the lone star tick and has contracted AGS is again exposed to Alpha-gal when they eat red meat or are exposed to other products containing Alpha-gal. These individuals are at risk for a potentially life-threatening allergic reaction.

Symptoms may include skin irritations, hives, nausea, vomiting, breathing difficulties, a rapid heartbeat, clammy skin, and even loss of consciousness. However, unlike a person with a typical food allergy who experiences an allergic reaction almost immediately, a person with AGS may have a delayed allergic reaction, anywhere between three and six hours after ingesting red meat or other products containing Alpha-gal .

Although AGS is a rare disease, it is increasingly becoming more common. According to the U.S. Department of Health & Human Services, in 2009 there were 24 cases of AGS in the United States. Most recent reports estimate that there are now well over 5,000 cases in the U.S.

Chelsea Ballard is one of those cases.

Approximately seven years ago, Chelsea began experiencing symptoms of a rash, throat swelling, and becoming sick to her stomach each time she consumed red meat or dairy. Over the course of a year, these symptoms gradually became worse to the point of Chelsea going into anaphylaxis after eating macaroni and cheese or beef for dinner.

“I knew something was wrong, but my doctors and I were not able to figure out the reason,” Chelsea said. “After discussing my symptoms with coworkers, they mentioned something called Alpha-gal Syndrome, which is an allergy that occurs when you consume red meat, dairy, or related products. My coworker explained that it comes from a tick bite, or generally from the lone star tick.”

At that time, Chelsea had never heard of AGS, but knew that with her job in park services and with working on the farm, she was greatly exposed to ticks. That’s when Chelsea referred to her doctor and was tested me for the Alpha-gal allergy, along with other food allergies.

“After about a week, I received the call that I was confirmed with Alpha-gal allergy,” Chelsea recalled. “The nurse said, ‘You can’t consume red meat, dairy, gluten, egg whites, or any related products.’ I remember feeling defeated and devastated but most of all lost because I had never gone without red meat or dairy during each meal. I grew up in the south, and we loved our fried food and meat.”

“I knew no one except one coworker that was struggling with this allergy,” Chelsea continued. “I had no guidance or direction for other food alternatives. The same week I was diagnosed, I remember going to the store and picked up some chicken to cook. After I consumed the chicken, I became sick with the same allergies after consuming red meat and became very frustrated. From that point on, I quit eating meat all together. A year later, I found out that some of the preservatives used in other meat products comes from red meat. At that point, it was cross contamination.”

Chelsea discovered that raising and processing one’s own chicken would be the only guarantee that it would be free of any red meat containing ingredients or preservatives. However, as someone with a self-proclaimed “soft heart”, she was not willing to do that. That’s when she decided to make an even bigger lifestyle change. She has now been vegetarian/vegan for over six years.

“I researched for months trying to find other alternatives and other food options,” Chelsea said. “The hardest part for me was not giving up meat. It was dairy. I was able to find vegan diary options, and it wasn’t as bad as I had thought. I had to avoid gelatin or any products that contained mammal or dairy products…Aside from being allergic to red meat, dairy, and mammal products, I am also allergic to wheat, soy, and egg whites.”

After a year of researching and feeling comfortable with what food products she could have, Chelsea decided that she wanted to help others. She also had other coworkers and community members reach out to her for help and guidance.

In 2019, Chelsea enrolled at the Institute for Integrative Nutrition to study one year of holistic health nutrition, health coaching, holistic alternatives, mindfulness, lifestyle, and in general living a healthier life.

“I wanted to do this so I could be certified in helping others who struggle with other food allergies like I do,” Chelsea explained. “I help coach my clients to better health in holistic practices and help individuals manage their Alpha-gal allergy.”

Although living with AGS has been difficult, Chelsea also believes that if she had not developed the allergy, she would likely go down the same path as many of her family members with health problems due to eating unhealthy food.

By switching to an 80% plant-based diet and 20% vegetarian diet, Chelsea has reversed some of her own health issues she was soon to be facing, such as diabetes and high blood pressure.

“I am thankful for this change and have discovered so many great food options I would have never found if I hadn’t received this tick bite causing the Alpha-gal allergy,” Chelsea said. “Today, I am still very active outdoors, but I am prepared for any ticks that might come my way. I will wear bug spray or wash my clothes in permethrin, which are all great options when out in the woods. Sadly, I still pick up ticks in the winter season, so I stay prepared at all times.”

For anyone interested in learning more about AGS/Alpha-gal allergy and holistic health, contact Chelsea Ballard at chelseasballard@gmail.com. Chelsea also has a Facebook support group, “Alpha-Gal Allergy in Hart, Barren and Edmonson Counties.” Anyone is welcome to join if interested. 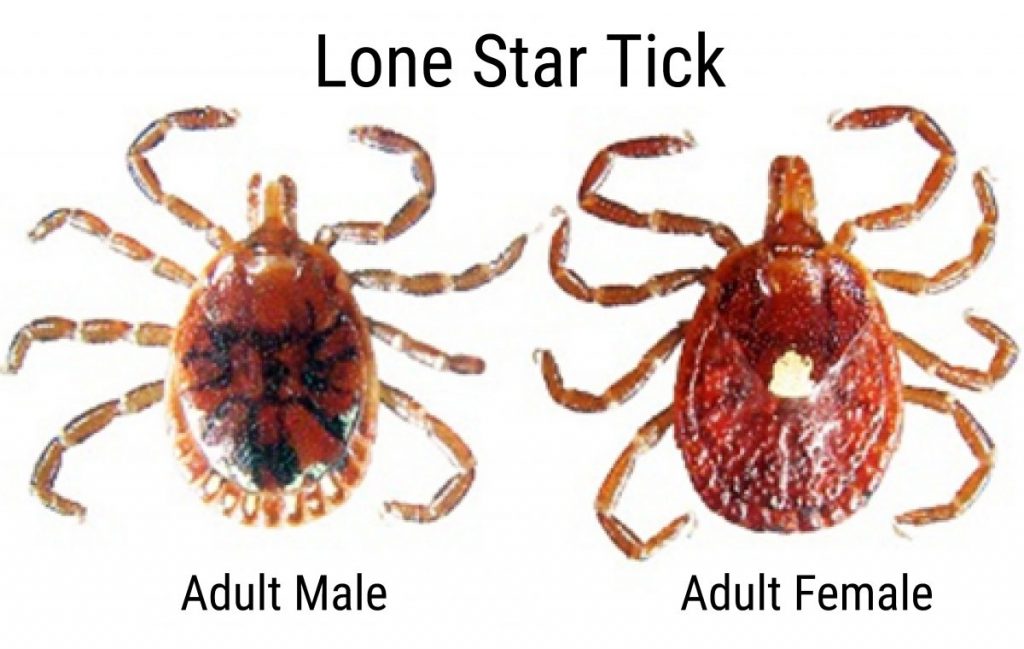 A bite from the lone star tick can cause humans to develop Alpha-gal Syndrome. Photo courtesy of the CDC website. 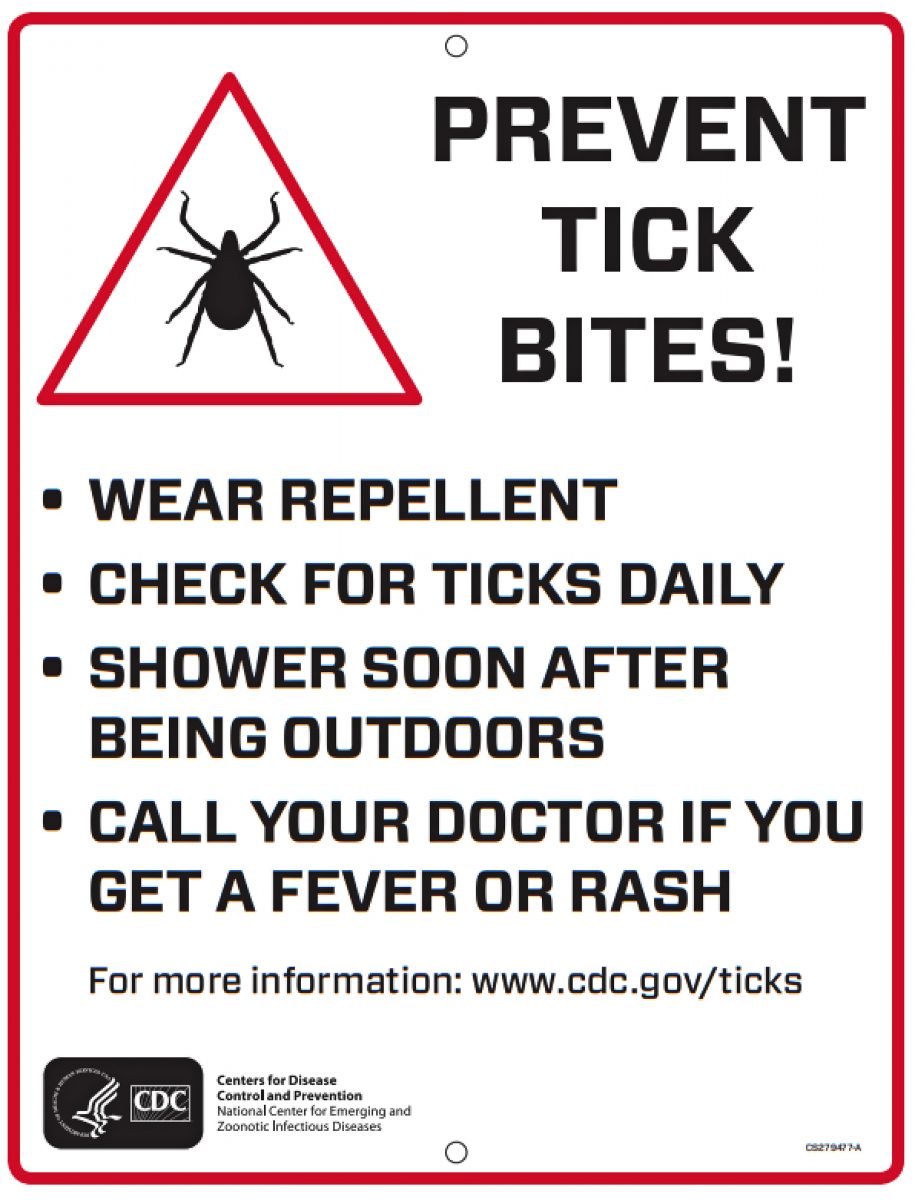