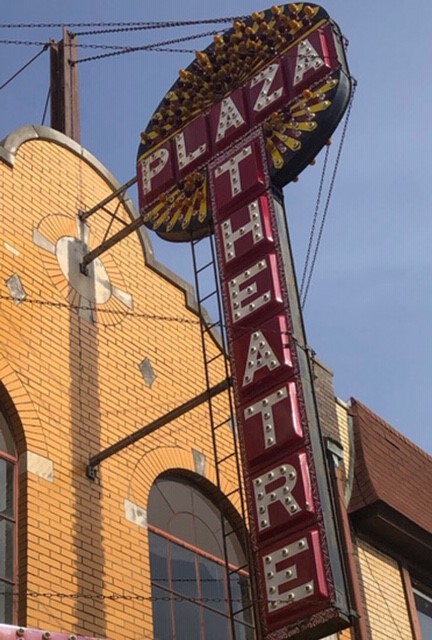 After 16 months the Historic Plaza Theatre is reopening.

Like so many businesses in our region, The Plaza Theatre had to close its doors, but they have been busy rescheduling postponed concerts and scheduling fantastic new events. The Plaza’s doors re-open on August 14th featuring the annual favorite, Memories of Elvis featuring Tyler Christopher, Doug Church, and Patrick Johnson. These Elvis tribute artists will have you singing along to all the King of Rock n’ Roll favorites, from the 1950’s to the Vegas years.

On August 27th, Rock returns to the Plaza in a big way. Don’t miss the legendary rock group Jackyl with special guests Rogues & Royalty. It’s been 25 years since Jackyl shot out of Georgia with its wild, untamed, and uncouth approach to rock ‘n’ roll. Equal parts hard rock, heavy metal, and Southern rock, Jackyl formed in 1991 and brought back rock ‘n’ roll back to its down-to-earth, wild, fun-loving origins.

If you are a fan of Ronnie Van Zant’s Lynyrd Skynyrd, reserve your seats for the Artimus Pyle Band on September 11th. More than just a “tribute” to Lynyrd Skynyrd a tribute to the man that defined it. They deliver hit after hit after hit, night after night after night. From Freebird to Sweet Home Alabama, APB gives you the best of Skynyrd with one of the men who made it.

The weekend of September 17th, the Far Off Broadway Players make their return to the Plaza stage with the hilarious, romantic comedy, Four Weddings and an Elvis. And on September 24th, Reckless Kelly makes their way from Texas to the Plaza Theatre. For nearly 25 years, Reckless Kelly has graced the musical landscape with a high-powered form of Americana, equally rooted in raw passion, refined musicianship, and gritty authenticity. Get your seats reserved now.

In October, the Plaza Theatre is proud to announce a chart-topping group to its stage. On October 16, for one show only don’t miss Blessid Union of Souls live on stage of the Plaza. Since their 1995 debut release, ‘Home’, Blessid Union of Souls has sold millions of records worldwide and never stopped living their dream: Creating and performing music that touches the hearts of countless people across the globe. 2020 marks the 25th Anniversary of their iconic first single ‘I Believe’ which not only topped the charts; it was the 4th most played song on radio of that year. On this, as well as their other top 40 hits, their message of hope and unity has continued into the next generation.

It’s been a long 16 months, but the Historic Plaza Theatre is back in August, better than ever. For tickets and information visit www.historicplaza.com or phone 270-361-2101.