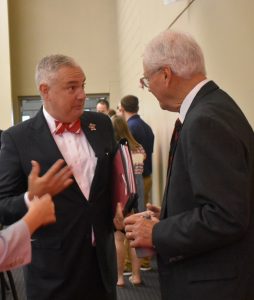 Dr. Tim Caboni talks with Ernie Myers prior to the program. Photo by Jennifer Moonsong

At the first in-person Glasgow-Barren County Chamber of Commerce breakfast in over a year, President of WKU, Dr. Tim Caboni, spoke about how the pandemic has changed higher education in south central Kentucky.

He opened by saying, “It is so good not to be looking at a Zoom screen, I’m proud to be able to kick you all off in person.”

He went on to say that although WKU had certainly changed its method of doing things during the course of the pandemic, but it never closed, and that he hopes this was a once in a lifetime event.

According to Caboni, the university emerged like a phoenix from the fires of tribulation, stronger than ever.

Availability and affordability are the two biggest areas where changes have been made. Since his tenure began $50 million has been raised to help individuals struggling with the cost of higher education who want to attend WKU.

In addition, Caboni says that they have worked to make the University more relevant to each individual.

“We think differently about many of the degree programs we offer,” he said. “COVID taught us the way we educate has to change.”

WKU now offers in-person, completely online, and hybrid options for students. There are currently 908 students enrolled at the Glasgow campus; 684 of those students are learning online.

Caboni has also worked to bring WKU up to speed with changing times. Jokingly calling himself “tear it down Tim,” he spoke of the structures on the main campus that were antiquated and had been removed. He said that although some of the structures were historic and sentimental to those who had stayed there it was necessary to replace them. Some of the dormitories have been replaced with pods that hold 23 students each, where like-minded people studying similar things can share ideas.

He also added food and a Spencer’s coffee shop to the library to make it more inviting. 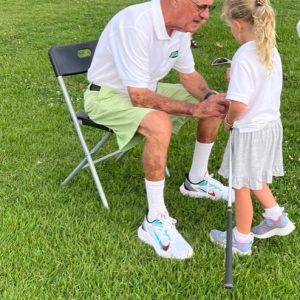 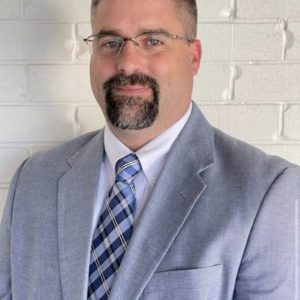 An Aloha Christmas comes to Glasgow 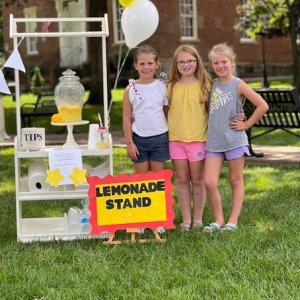 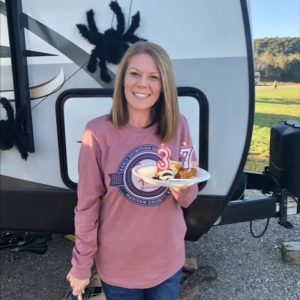