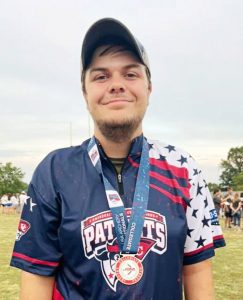 Matthew England recently placed 3rd in the nation as a member of the University of the Cumberland’s Men’s Bowhunter Team at the USA Collegiate Nationals. Photo submitted.

Matthew England, a 2020 graduate of Hart County High School, has quite a few archery accolades under his belt.

Since signing to shoot archery with the University of the Cumberlands, Matthew’s archery success has continued at the collegiate level.

He recently won a bronze medal as a member of the Men’s Bowhunter Team at the USA Collegiate Nationals – that’s 3rd in the entire nation.

“When we first started shooting, I was so nervous, but after we took bronze I was so excited,” Matthew said. “It was like a big weight lifted off my shoulders. Winning on a national level was a great accomplishment for me and knowing I was representing my team at the University of the Cumberlands.”

Matthew has been participating in archery for about 10 years, first becoming interested while watching others shoot during his sister, Hannah England’s, archery practices.

“Some of my favorite parts about archery is getting to travel all over Kentucky and surrounding states with my team,” Matthew said. “I love practicing for 3D and field archery.”

At college, Matthew and his team practice every day for at least two hours a day. He also practices on his own time at the archery complex after work.

Matthew is majoring in IT with a focus in Cyber Security and a minor in Criminal Justice. He is the son of Chris and Melinda England of Canmer. 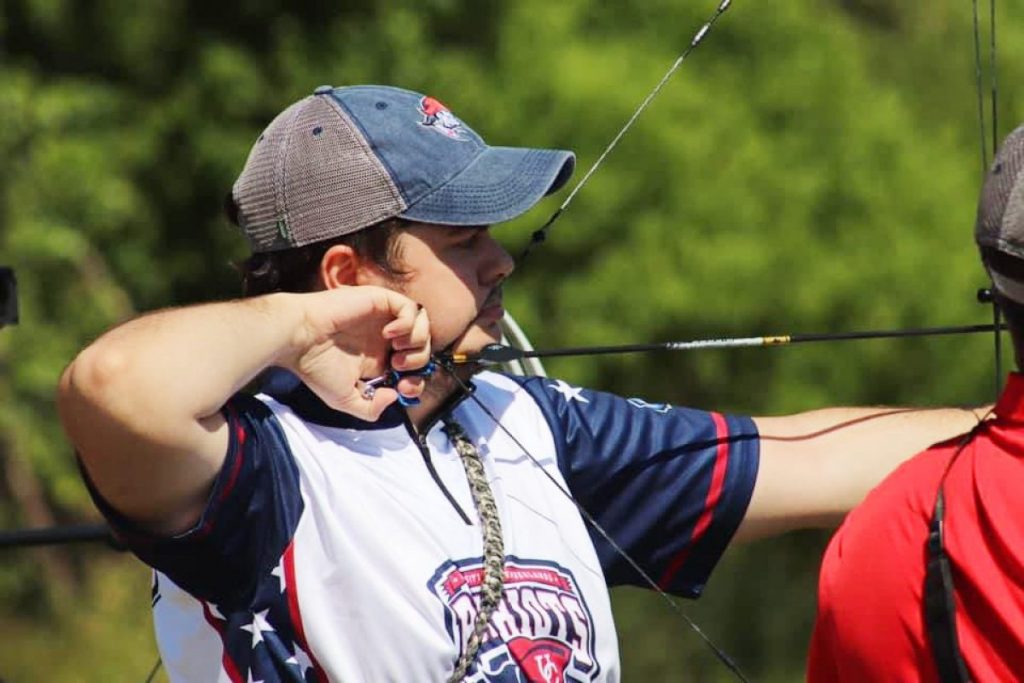 Matthew England is a collegiate archer with the University of the Cumberlands. Photo submitted. 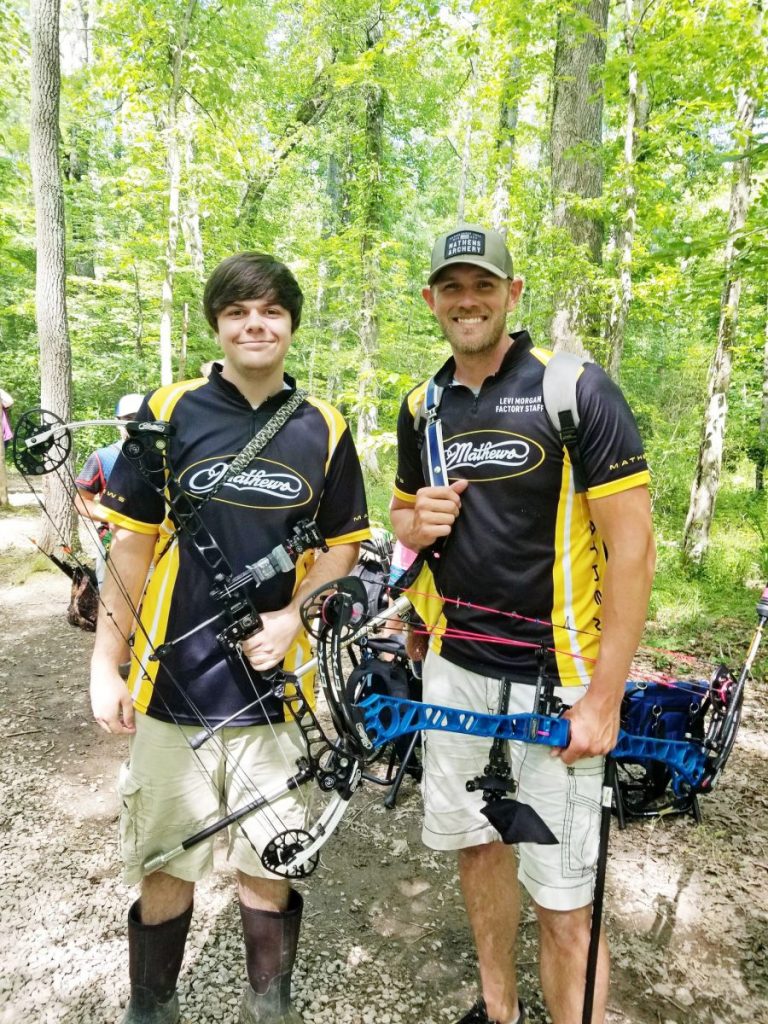 Matthew England, left, said that one of his favorite moments in archery has been meeting professional archer Levi Morgan. Photo submitted.