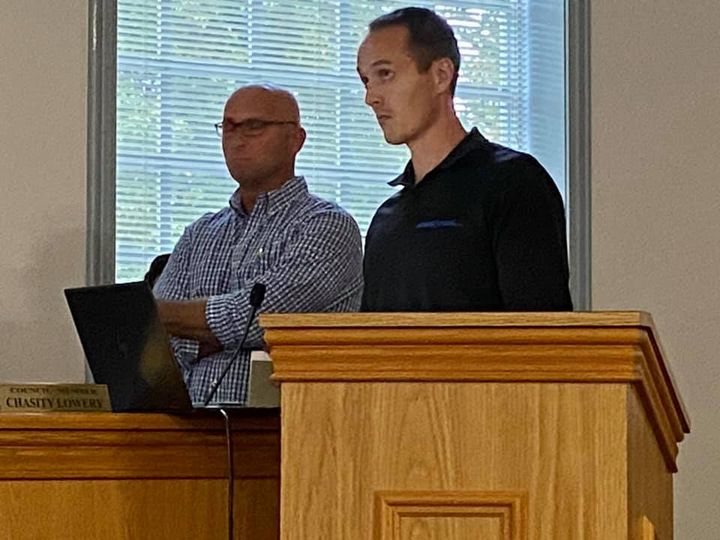 The Resolution pertaining to the evaluation of proposals for the design-build RFP developed by the Downtown Park Steering Committee for the proposed Amphitheater/Farmers Market was approved unanimously.

The resolution states that all proposals be returned to the central office of the City Government and members of the Downtown Park Steering Committee be present when those proposals are opened and evaluated. After the recommended proposal(s) are selected the committee will report those results to the Finance Committee so that a report can be relayed to the Glasgow City Council.

Barren County Judge/Executive Michael Hale began his presentation by countering local rumors saying, “At no time were we trying to pull the rug out from under the downtown park.” Adding, “We support the downtown project.”

Judge Hale noted that the state had allocated funding in 2020 for the new Judicial Center and presented a proposal to the City Council. The proposal locates the new Judicial Center to the right of the downtown park overlooking the green space (seating) in front of the amphitheater/farmers market. Also proposed is closing a section of Water Street which currently runs through the center of the park area.

Judge Hale surprised the council by proposing that the county purchase (with state funding) the entire location of the downtown park and judicial center property and then grant a lifetime use lease to the city for the downtown park portion.

Councilmember Patrick Gaunce asked Wes Simpson Park Steering Committee Chairman, his thoughts on the proposal to which Simpson replied, “I absolutely believe this is something we can work with.” He also noted that he could only speak for himself and not the rest of the committee.

The proposal for the Justice Center would take 20 feet of the seating area currently allocated to the park. Simpson explained that the original plans were to seat around 4,000 and losing 20 feet would cut that down to around 3,250 to 3,000 seats. However, it would gain parking spaces.

Lead architect Tom Potts was present and explained that the Judicial Center plans for 3 stories with the courts being located on 2 of those floors. He noted that Pulaski County and Pike County had built justice centers near green spaces and were used for comparison for this project.

Councilmember Joe Trigg asked for clarification on the proposal as to exactly who would be buying the property, the city, the county, or the state for the county. Councilmember Chasity Lowry answered that the county was proposing to buy the entire space.

Gaunce questioned if the city would be able to make improvements such as building on park property if the county didn’t own the property.

Mayor Harold Armstrong then asked Judge Hale if he could have a complete proposal with the property appraisals ready by the next council meeting for a closed session discussion to which Hale agreed.

Guest speaker, Executive Director Eric Sexton of BRADD gave a presentation on strategic planning to the council. The economic strategy plan and the hazard mitigation plan are both updated every five years. Sexton stated, “All we are asking for is a little of your time and input to make a better Glasgow and Barren County.” He invited the council members to join the monthly meeting online.

The first reading of an Ordinance annexing a property containing 7.67 acres ± into the Corporate City limits was held. The property is a portion of the right-of-way of Highway US 68-KY 80, the new Bowling Green Road, extending the existing city limits westward for 4.379 feet ±. The ordinance was approved.

Several municipal orders of appointment were heard for a vote. An order to re-appoint Sue Mutter to the BRADD Aging Council for a 2-year term expiring June 30, 2023, was approved.

An order re-appointing Tim Gooden to the Historic Preservation Commission for a 2-year term expiring June 30, 2023, was approved.

An order re-appointing Thomas Grubbs to the Historic Preservation Commission for a 2-year term expiring June 30, 2023, was approved.

An order re-appointing Melissa Gibson to the Glasgow-Barren County Tourist and Convention Commission as a Lodging Representative for a 3-year term expiring June 30, 2024, was approved.

An order re-appointing Ale Gomez Garcia to the Glasgow-Barren County Tourist and Convention Commission as a Restaurant Representative for a 3-year term expiring June 30, 2024, was approved.

An order appointing Chris Hobdy to the Glasgow-Barren County Tourist and Convention Commission as a Chamber Representative for a 3-year term expiring June 30, 2024, was approved.

The next meeting is scheduled for Monday, July 26, 2021, at 7 p.m. in-person at City Hall council chambers. 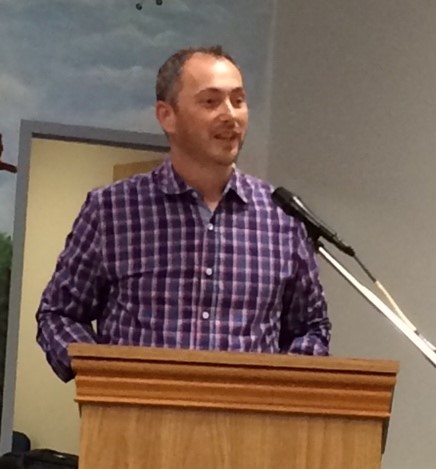