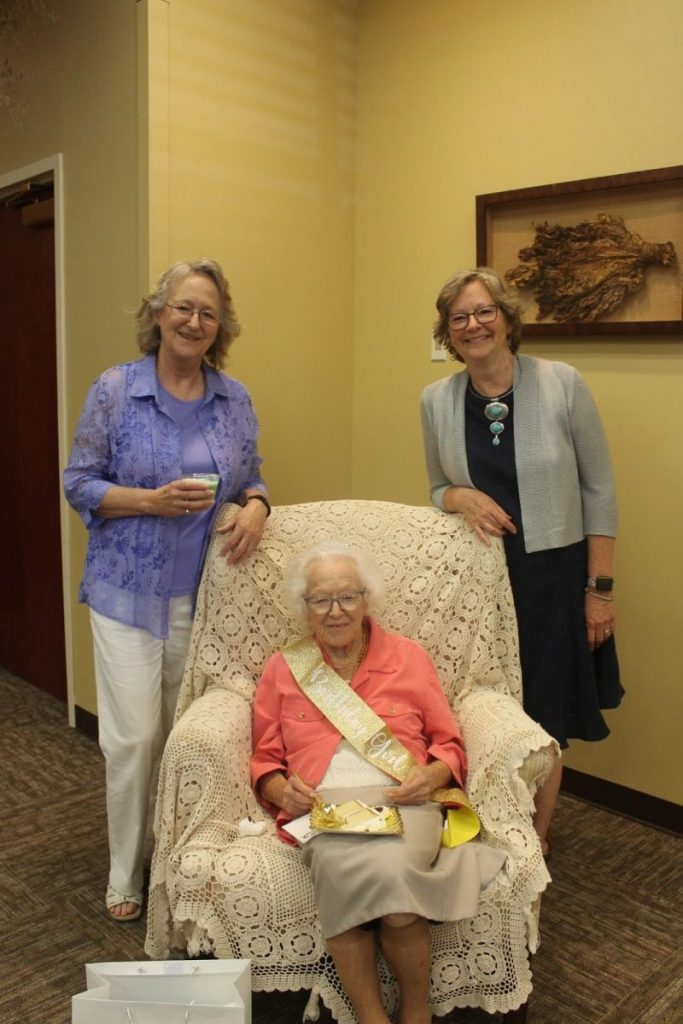 Eva Johnson, who celebrated her 100th Birthday with family and friends, is pictured with her daughters Linda Johnson and Annette Howard.

On June 24, 1921, the Thomas Family welcomed their new baby daughter Eva. She was the firstborn child to Alfred and Annie Thomas and was born and raised in their modest log home.

A century later Eva (Thomas) Johnson’s family and friends gathered around her to celebrate her 100th birthday.

Eva married her husband, Harry, on January 4, 1942 and shared her life with him until his passing in 2019. Throughout their 77-year marriage, they raised two children, Linda Johnson and Annette Howard, and were blessed with three grandchildren, with a great-grandchild due in January.

“The day they were to be married, there was ice, snow, and very cold temperatures,” said Eva’s daughter, Linda. “Not many cars were out. Daddy put chains on his car and drove to Glasgow to pick her up. They spent the night in the Wigwams in Cave City, (and) barely made it there. The cost for the night was $3.”

Eva’s favorite hobbies over the years have been raising bluebirds, gardening, and quilting. For their 50th anniversary, Harry built her 50 bluebird houses.

Some of Linda’s favorite memories of her mother are of a trip to Europe that they shared.

“It was her first time on a jet, and she had to fly four different planes,” said Linda. “Luckily, she had no air sickness at all. We saw a lot of castles, churches, and many other beautiful sights.”

Approximately 50 visitors stopped by to wish Eva a happy birthday at her celebration on June 26.

“She really enjoyed her birthday party with family and friends,” Linda said. “Everything was just perfect for the day.”