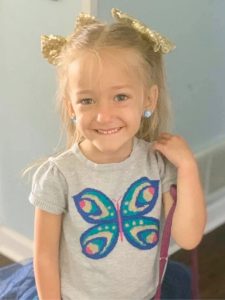 Carsyn Drew Tucker was loved by all who knew her.

When a beloved family suffered a tragic loss, a local business stepped up in a big way to show love and support.

Andrew and Leia Tucker of Horse Cave, who also attend Coral Hill Baptist Church in Glasgow, lost their youngest child, Carsyn Drew Tucker, on June 16 after a tragic accident. Carsyn was only three-years-old.

In an effort to help during a most difficult time, Shardai Embry and Leah Thomas of Motivate Nutrition held a benefit to raise money for the Tucker family.

On June 22 at Caverna High School, the community joined together to cardio drum in Carsyn’s memory. A silent auction and tea bar was also held, as well as donations accepted. Earlier that same day, 25% of all sales at Motivate Nutrition were donated to the Tucker family.

Also lending a hand at the benefit was Tiffany Zajac with PicTiff Photography who donated her time to photograph the event. Jordan Paul, also known as DJ Infoered, provided the music during cardio drumming.

Several other individuals and various businesses provided items for the silent auction. Purple balloons, commemorative of Carsyn’s favorite color, were released at the end of the event in her memory.

“We are just grateful for the platform that we have to be able to bless a family in the way we did,” said Embry, Owner of Motivate Nutrition. “I always ask God to bless me to where I can bless someone else, and He definitely did that.” 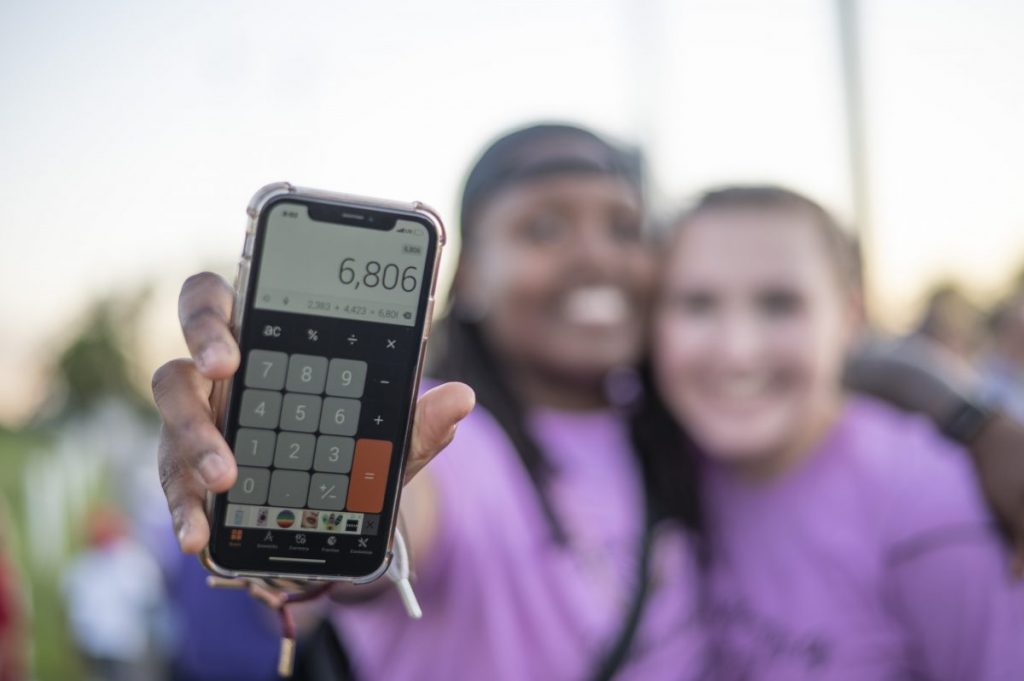 Shardai Embry and Leah Thomas of Motivate Nutrition in Glasgow held a benefit for the Tucker family. Over $6,000 was raised in just one day. Photo by Tiffany Zajac. 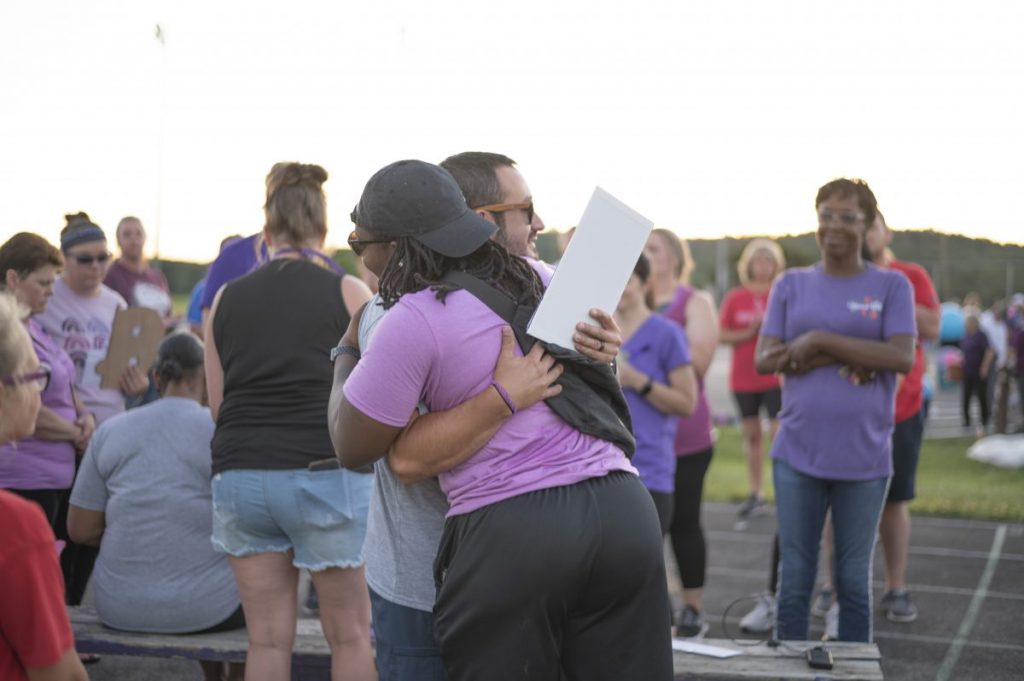 Andrew Tucker, father of Carsyn Tucker, hugged Shardai Embry for her love and support of his family. Photo by Tiffany Zajac. 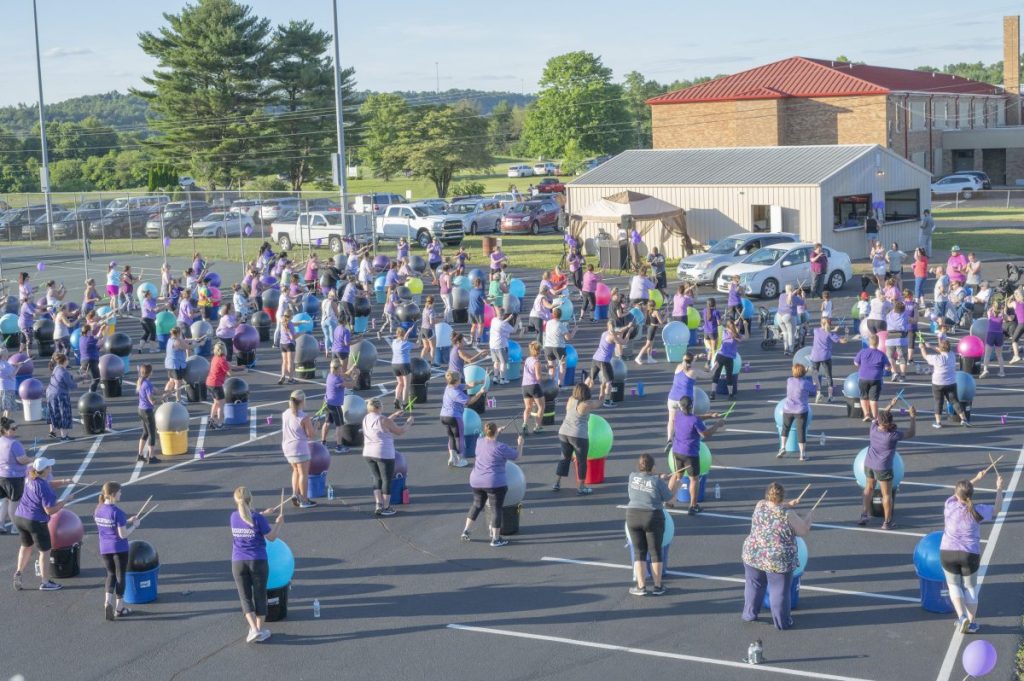 Many people attended the cardio drumming and silent auction benefit at Caverna High School to show support for the Tucker family. Photo by Tiffany Zajac. 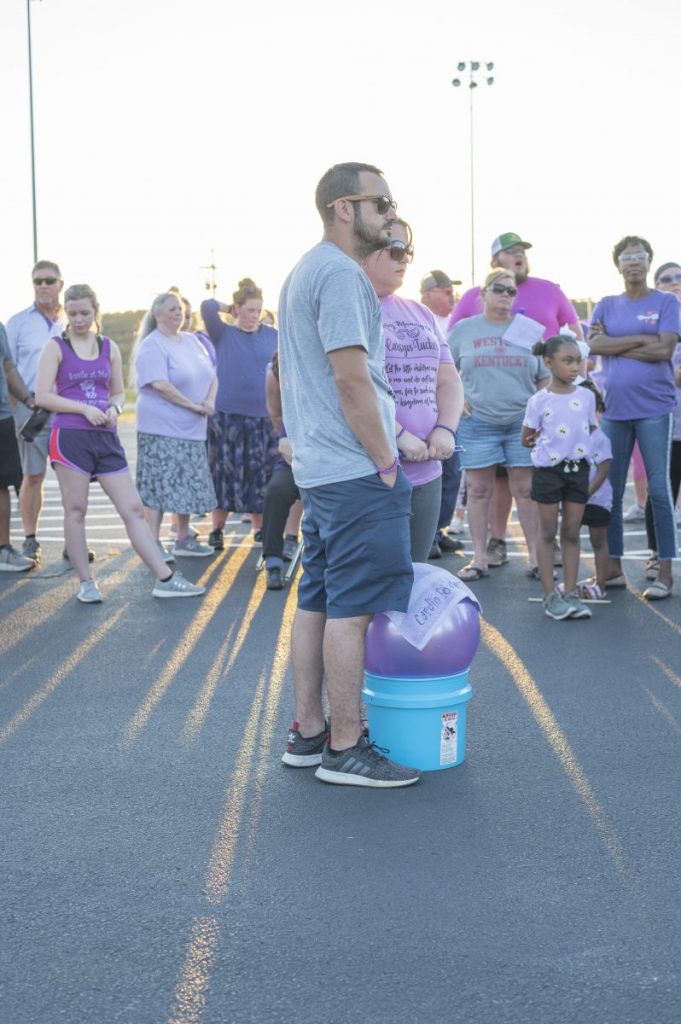 Andrew and Leia Tucker, center, were surround by family and friends during the benefit. Photo by Tiffany Zajac. 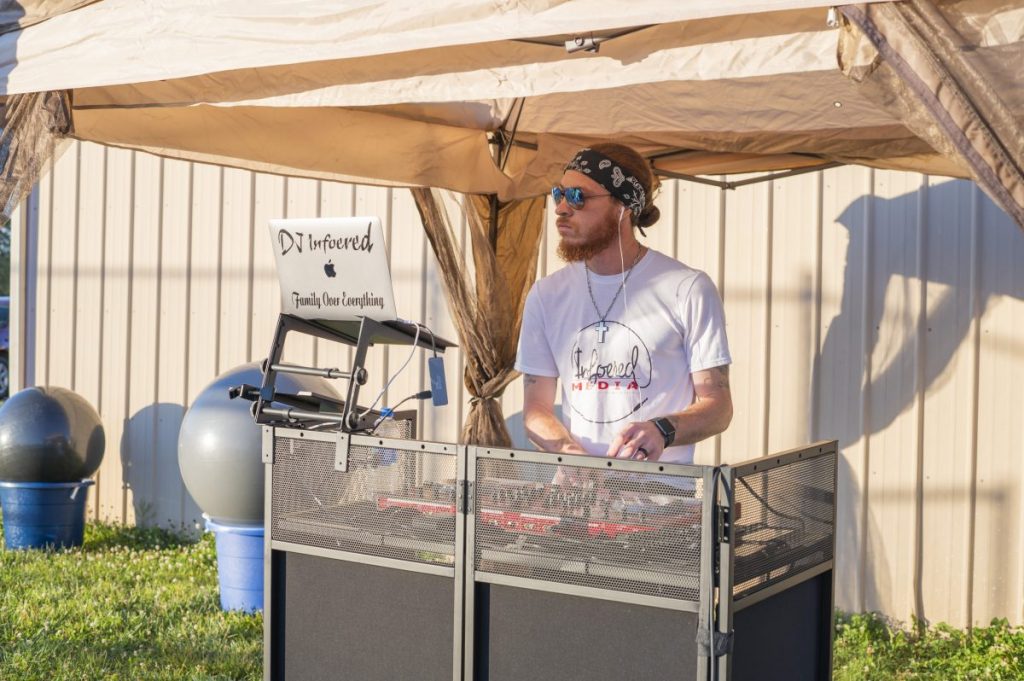 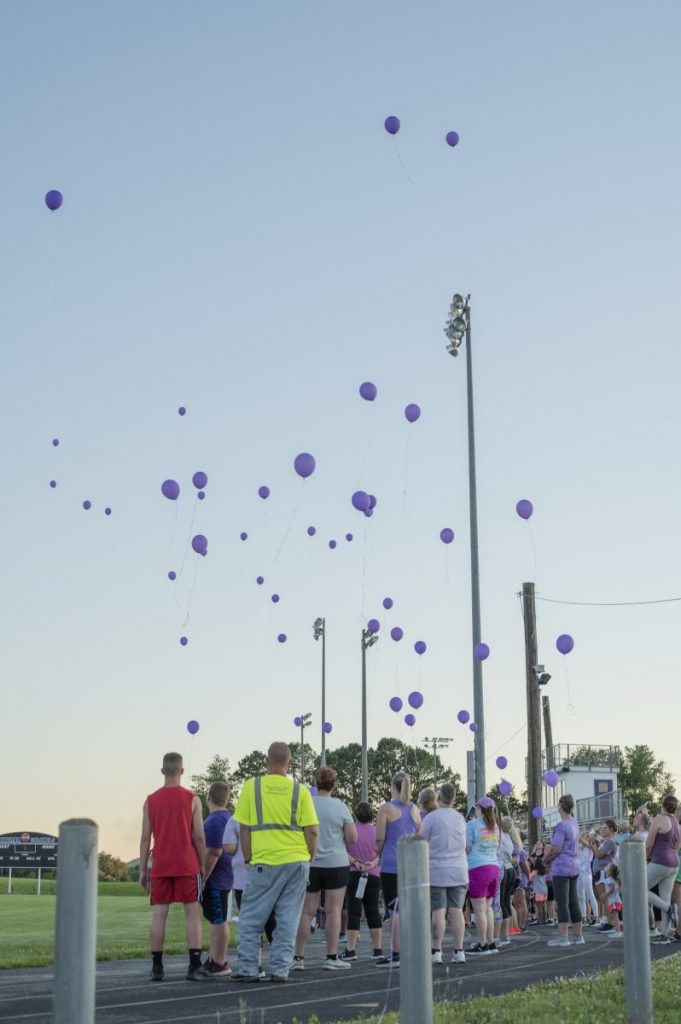