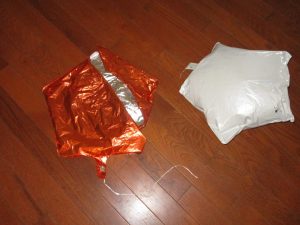 Balloons that are used for celebratory events or those that are released into the air in memory of someone can endanger animals once those balloons land. Photo submitted.

Farmers warn about the dangers of releasing balloons into the sky

Balloons. They serve as decorations at birthdays, graduation parties, and other events.

However, once balloons become loose or are released in memory of someone, they can pose a serious threat to animals.

According to the U.S. Fish & Wildlife Service, animals can become entangled in balloon strings, which can injure or even strangle them. Some animals may even mistake balloons for food, causing them to choke to death. Once ingested, balloon remnants may also block the digestive tracts of animals, leaving them unable to receive nutrients or unable to eat. The animal slowly starves to death.

Bill and Kathy Bottorff know all too well the negative affects of balloons on animals, specifically livestock.

The husband and wife farming duo are pasture farmers, keeping none of their livestock in confinement.

“No medications or “junk” unless its medically necessary,” Kathy said of how they care for their farm animals. “We want them to stay naturally hardy, but we also know stuff happens like illness or injury, and they need help. We don’t want any animal to suffer.”

Unfortunately, the Bottorffs have found through the years that some of their animals have suffered – all because of a balloon that found its way to their farm.

Kathy explained that the number of balloons they may find on their land varies.

“Sometimes a week or two goes by, and its all good,” she said. “Then it seems there’s a bunch of weekend parties, and we’ll find several for a few days. We’ve found three this past week. Our neighbor across the road found eight. Our other neighbor found one.”

“Most times it’s the balloons, but there are bad times with plastic bags, too,” Kathy added. “They float with the wind, too, and make interesting noises for curious livestock…We make rounds often to make sure the balloons or bags are kept out. We’ve found five balloons total this spring and summer and four plastic bags, which could have been a possible nine animals lost.”

According to Kathy, baby calves are naturally curious creatures that love to play. If they see a balloon or plastic bag in the field, they will paw at it and hop around. After a while, their curiosity will get the best of them, and they will try to taste it.

“It gets stuck in their mouths, and they can’t pull it out,” Kathy said of a calf ingesting a balloon or plastic bag. “The more they panic and try to breathe, the more it gets sucked into their mouths and throats.”

“The older cattle usually ignore the intact or burst balloons or bags, but their problem comes from the balloon or plastic bag eventually tearing and shredding,” Kathy continued. “While grazing, they eat those shreds and it tangles their digestive systems, and they die usually before anyone can figure out whats happening and get help, which would require surgery. Those shreds also get into hay fields and are fed to cattle during the winter. The farmer doesn’t know it, and cattle eat it with the same results.”

Bill and Kathy lose a cow or calf about every two to three years due to balloon or plastic bag ingestion. Their neighbors have lost animals as well. Although some may not see livestock deaths as a reason for concern, even one animal death on the farm can cause a significant impact.

“I guess as a female, what hurts me first is the suffering and death,” Kathy said. “If it’s a baby calf, I also see the mourning of the mother. They try to revive them and refuse to leave…It’s just a fact of life that farmers will loose livestock. Illness or injury will happen, but deaths from balloons or plastic bags can be avoidable, and that makes it even more tragic.”

But the loss of a farm animal goes far beyond emotional connection and hurt. It also means loss of income for the farmer. Loosing a calf can mean a few hundred dollars lost. Loosing an adult cow or bull can mean a loss of a few thousand dollars. Loosing one meant for butcher can also mean the loss of income from the sale of meat products or meat meant for a farmer’s own freezer. That income is gone forever, and it takes at least a year to produce a replacement.

“People usually think if you can sell a cow for $2,000 and you have several cows, then it’s not a great loss, but it is,” Kathy explained. “That loss has to be made up somewhere because other cattle still need to be fed. Fences need repairing, seed sown, equipment repaired, and much more. Most farmers I know just barely squeak by. Nobody is rich. They do it mainly because they love it, and if they didn’t do it the world would be hungry.”

Although they know that balloons and litter like plastic bags will never fully go away, farmers like Bill and Kathy Bottorff are simply asking everyone to take this problem into consideration.

“People who throw out trash obviously don’t care about much, and it bothers me to think about what else they do,” Kathy said. “As for releasing balloons, I understand the need to connect, maybe sending balloons off to the skies in memory of a loved one. They are beautiful floating away. I also understand releasing them for happy celebrations, but there are many more environmentally friendly ways to express feelings, and some ways can be helpful far into the future. Release butterflies. Plant a memory tree. Create a special place you can go to visit and remember a lost loved one. Plant a tree (for a birthday celebration), and watch it grow thru the years. Wouldn’t it be cool to take a birthday picture every year and see the difference in that little birthday boy or girl and that growing tree? That tree might be there long after you’re gone from old age and is a way to leave memories for others. Everyone at the party can celebrate contributing to the future and creating memories, rather than endangering lives and the planet. Contribute to a worthy charity, and ask guests to contribute, too, by helping others. There are so many ways to make special memories that don’t harm anything at all, and many have positive impacts far into the future.” 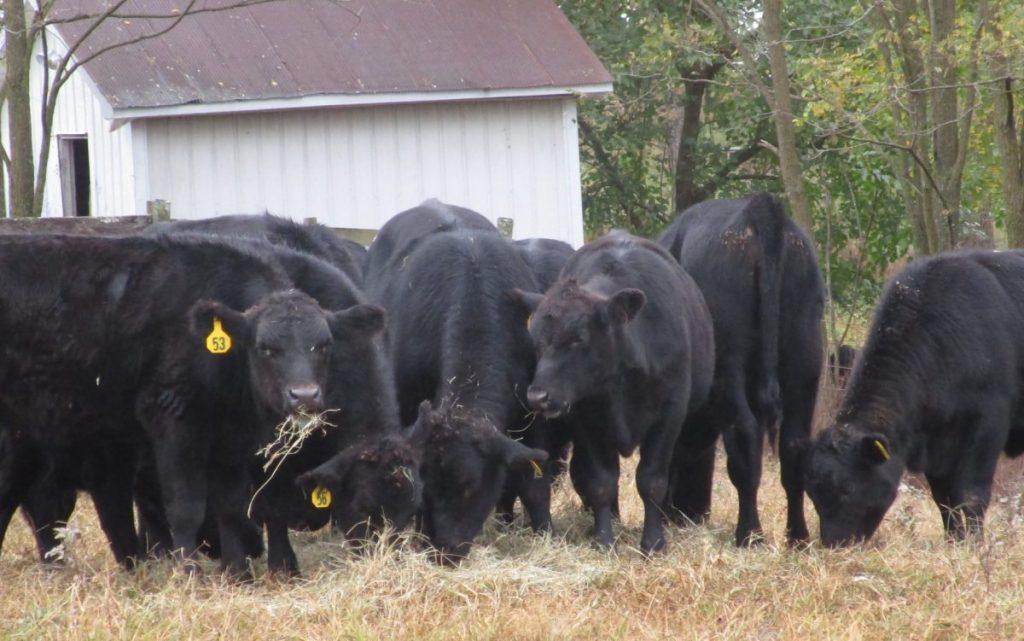 Livestock can become entangled in balloon strings, which can injure or even strangle them. Some may even mistake balloons for food, causing them to choke to death. Photo submitted.