Sherri Dale Hall Myers, Ed.D., an involved community member of Glasgow, has been nominated by Mayor Harold Armstrong to serve on the Glasgow Electric Plant Board.

As a resident of Glasgow, Myers has always had an interest and involvement in community projects, from her work at the Barren County YMCA to self educating herself in regard to the local power company issues.

Many of you know Myers as a dedicated educator. Prior to what Meyers describes as a life altering injury that lead to her becoming disabled, she taught for 13 years in neighboring Hart County and spent her “free time” working a part-time job at the YMCA in Glasgow.

“I didn’t really need a part-time job, but I just love being involved and being busy,” she said.

In the fall of 2013, however, a fall while roller skating caused a spinal chord injury.

Nevertheless, her changed circumstances did not take her tenacity. In fact, since becoming disabled, Meyers made the bold decision to complete her Doctorate of Education.

Just this year, she received her Ed.D., Christian Education Leadership from Regent University with a prestigious 3.94 GPA.

In the early days of her community involvement with the Glasgow Electric Plant Board, Myers was one of probably 10 to 15 people simply asking questions on the EPB portal.  She said she asked questions so that she could understand and perhaps help others grasp what seemed to be a very progressive and new way to buy power. Myers also stated that she was a fan of the new billing system initially.

The portal grew to 439 citizens asking questions when they chose to shut it down. Myers always felt that stopping the community from seeking help and understanding was not a good move.

This is when she started hosting a forum-type discussion on social media.  Her initial goal was to help the community understand. There were others with a similar focus, and over time they merged.

Myers continued to dig deeper because of the concerns she would read, and in time she realized there were legitimate problems and that citizens were being hurt.

With the changes being seen in recent months, Myers believes the community must heal and continue on.

“It’s time for Glasgow to move forward,” she said. “…I think the first thing that should be done is finding a new superintendent and a voice for residents who are on fixed income and small businesses. Big business will always have a voice, and of course nobody wants to hurt industry.”

Myers promises that as a board member she will not vote on a matter until she has thoroughly researched it and knows what’s best for Glasgow.

“I feel a community should be listened to and every decision should take their views into consideration,” she explained.

Myers also addressed a concern in which she has been described as a member of a hate group. She feels this is a terrible thing to say about anyone.

“There are hate groups in the world, but when an average person is accused of being a hate group member for caring about senior citizens on fixed incomes and people having to choose between buying medicine or paying power bills, something is wrong with the person making such an accusation,” Myers stated.

Sherry Dale Hall Myers, Ed. D, feels blessed to walk with a cane, be a wife, a mother of three, and a woman who loves her community.

“It’s a miracle, because I wasn’t supposed to be able to walk again, and I am blessed in so many ways,” Myers said. “If this sitting council can appreciate another person’s desire to make good on the opportunities a blessed life can bestow, I would be honored to serve.” 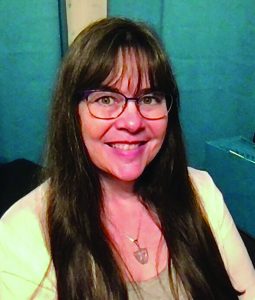