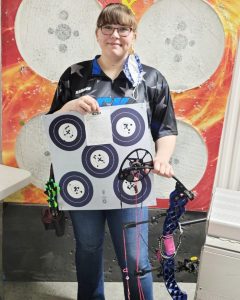 Hannah Williamson, a 2021 graduate of Hart County High School, will continue her archery career as a Campbellsville University (CU) Tiger.

She signed with CU in late March, supported by her parents, Leon and Elizabeth Williamson, along with several other family members, friends, and former coaches.

Hannah began shooting archery as a fifth grader at Munfordville Elementary School under the coaching of Mrs. Lisa (Phelps) Upchurch, who she credits with teaching her the fundamentals of how to become an archer.

When that school season concluded, Hannah was hooked and had a desire to compete in archery at a higher level. That’s when she began participating in 4H archery.

“I had absolutely no idea just how much that decision was going to impact my life,” Hannah said. “Melinda England was the (4H) coach, and she is an absolutely amazing human! I was a very inexperienced archer, even though I had shot a season of school archery. Melinda went above and beyond that first year of 4H, teaching me more and focusing on how to hone in on the skills that I was developing.”

“You have to be able to work through the target panic that comes (with shooting archery), tune out the distractions, and force your body to remember how to stand and hold your bow correctly,” Hannah explained. “Teaching yourself these things takes time, hours of practice, and a dedication that I wasn’t prepared for yet.”

“That first year was full of highs and lows, not only in my aim, but emotionally as well,” Hannah continued. “But very quickly, the Englands made my family a part of theirs. We practiced together because their kids were also archers. Melinda’s husband, Chris, also stepped up and began teaching and coaching. The knowledge that he was able to share with me about this sport has not only improved my ability, but also allowed me to succeed on a much higher level.”

After shooting two seasons of 4H, the Englands invited Hannah to join a traveling S3DA team that was a combination of paper targets and foam animal targets. That’s when Hannah became a Central KY Nock Buster.

“It was a new way of shooting, and I had really upped my game,” Hannah said. “I upgraded my equipment twice and started private lessons along with regular team practice. I was shooting hundreds of arrows a week. We were traveling hundreds of miles a month to not only get as much practice in as we could, but also (traveling) to shoots across the state and sometimes other states.”

It was during these travels that Hannah was able to meet several people that would open many doors. One of those individuals was Shawn Canada, a coach for CU’s Archery Team.

“During my sophomore year of high school, I decided that I wanted to pursue my goal of shooting collegiate archery,” Hannah said. “I became more dedicated to the sport than I ever had before and so had the other girls shooting in my age class. The competition was tough, and mentally it was exhausting! However, my hard work was paying off, and I was seeing the big picture.”

Hannah has been to the podium several times throughout her S3DA and 4H archery careers. Two of the archer’s greatest achievements include winning State 4H in 2018 and shooting a perfect 150 during this past season of S3DA indoor season, which landed Hannah a 1st place finish.

However, Hannah’s true goal was achieved when she signed to shoot collegiate archery with the Campbellsville Tigers.

“My mom cried tears of joy and anticipation as I signed that contract,” Hannah said. “This has been an amazing ride, and I literally couldn’t have done it without my parents. They have been my biggest supporters through all of this. They have driven me miles, carried equipment, packed snacks, slept in sketchy motel rooms, and spent hundreds of dollars to help me achieve my goals. But the memories, those will be carried with us for a lifetime.”

“I’ve had such an incredible support system throughout this journey,” Hannah added. “People have encouraged, prayed, monetarily donated, and generally been there for me when I was ready to pack it up. I know all of these things will help me as I start my new journey this August as a Tiger! I can never thank the Englands enough because without them, these dreams would have never became a reality for me!”

Congratulations to Hannah Williamson and good luck this fall as a CU Tiger. 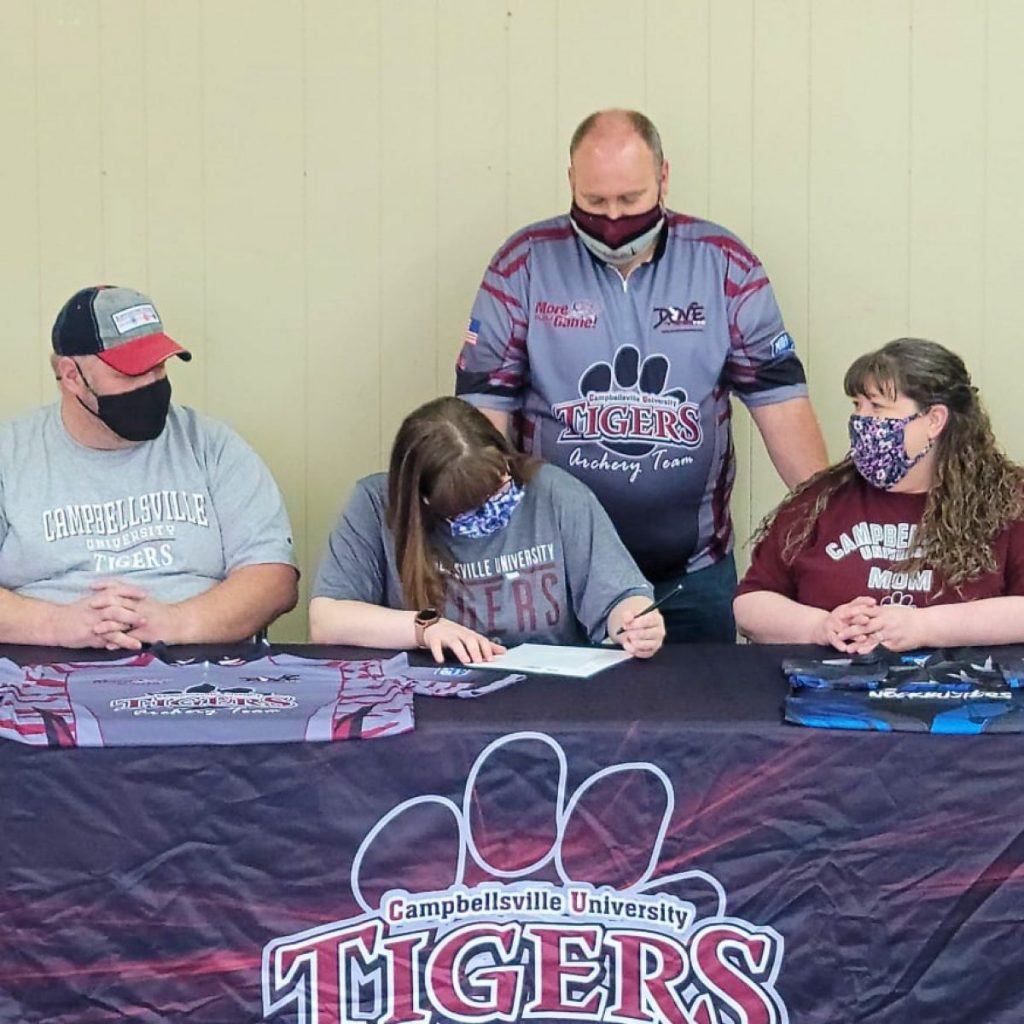 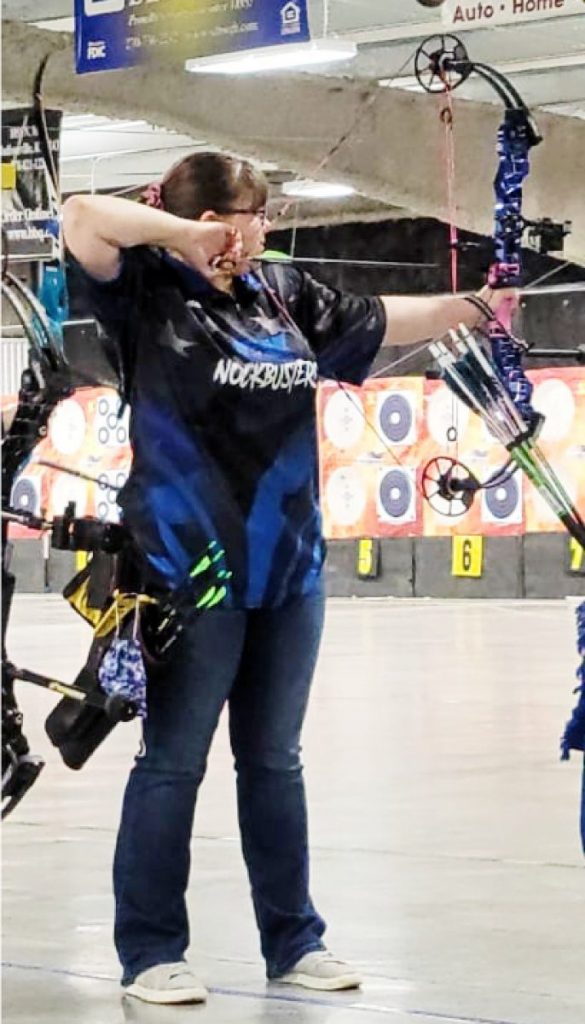 Hannah Williamson began shooting archery in the fifth grade and will now shoot at the collegiate level. Photo submitted.