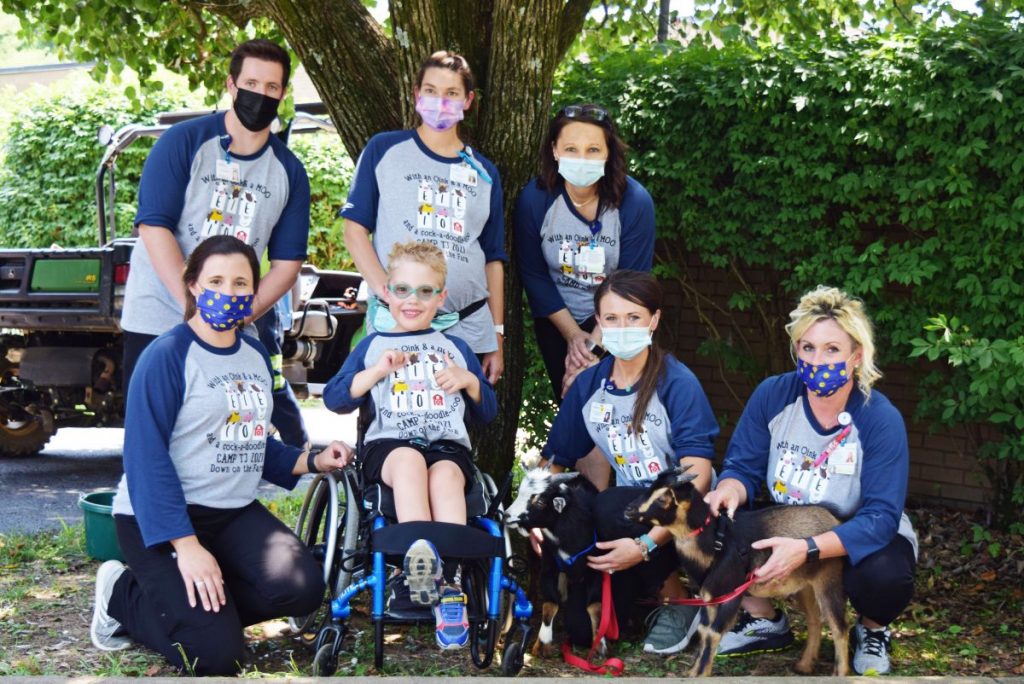 C.A.M.P. TJ Kids, which stands for Children Always Making Progress, is a therapy-based program for campers with special needs. The camp serves individuals, ages 3 up to 21, who have varying diagnoses, including cerebral palsy, spinal bifida, down syndrome, autism, and traumatic brain injuries.

Each year brings a different theme to the week-long event, with this years theme being “Down on the Farm”. The camp hosted 45 campers at South Green Elementary School, and the final day on June 18 provided campers with a hay ride, petting zoo, and more.

In addition to a fun and socializing environment, the campers were provided with occupational therapy, physical therapy, speech therapy, and art therapy. 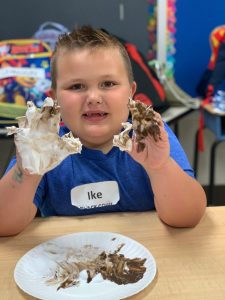 According to Shara Page, Administrator of Rehabilitation, Home Health, and Hospice, it is very rewarding to see children participate in a camp atmosphere that they may not otherwise be able to experience

“You see their eyes light up, and they get to participate in activities and have fun,” Page said. “That’s our goal, that they just get to be who they are. We get to see their smiles and connect with them on a different level.”

“We have a little boy here who’s in a wheel chair, pretty sure he never experienced a water slide before,” added Stephanie Smith, Assistant Director of Rehabilitation. “His camp volunteer helped him get up the water slide and then go down it. When he came out of that water – he’s nonverbal – he immediately signed “more” and pointed to the slide wanting to do it over and over and over. Even though he’s in a wheel chair, he would crawl from one slide to the next slide…He had so much fun. It’s very rewarding to get to see that.”

Both Page and Smith said that C.A.M.P. TJ would not be possible without the wonderful volunteers and overwhelming community support.

“One of my favorite highlights is the volunteers,” Smith said. “I really like talking with them, interacting with them. When the volunteers come the first day, they’re just trying to get oriented to the camp, oriented to the campers. But by the second and third day, they know the routine. They know their campers. They know what to ask for to help their campers. To me, that’s very empowering. Some are high school students, so to be so young and to be so responsible and so engaged is very inspiring.”

“We call on lots of community people to come help, and they have always been very responsive to come and share their expertise and professional skills with us and talk to the campers,” Page said. “That’s always been very reassuring, and we always appreciate their support.” 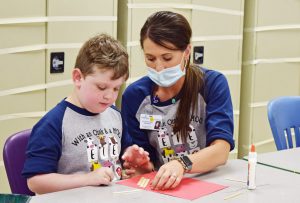 A special thank you was extended to the Edwards family for supporting campers with hay rides during the camp’s final “County Fair” celebration day and also to Bill Kindred, a former TJ Samson CEO, for helping set-up during the final day and providing his personal animals for the campers to enjoy a mock petting zoo.

Several of the hospital’s departments, including the Rehabilitation Department, have been supportive in helping to make C.A.M.P. TJ a success, from laundry and housekeeping, to marketing, purchasing, and nursing. 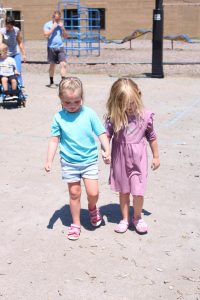 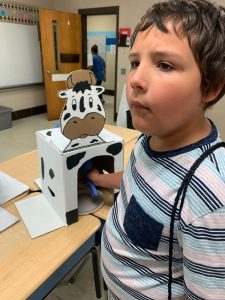 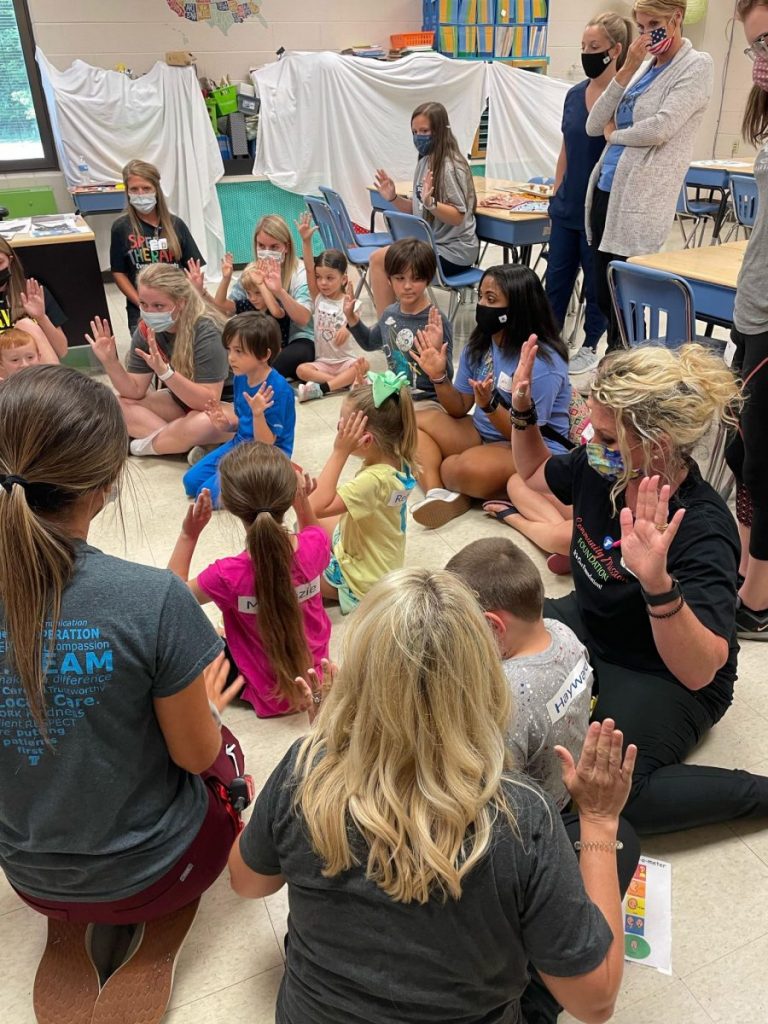 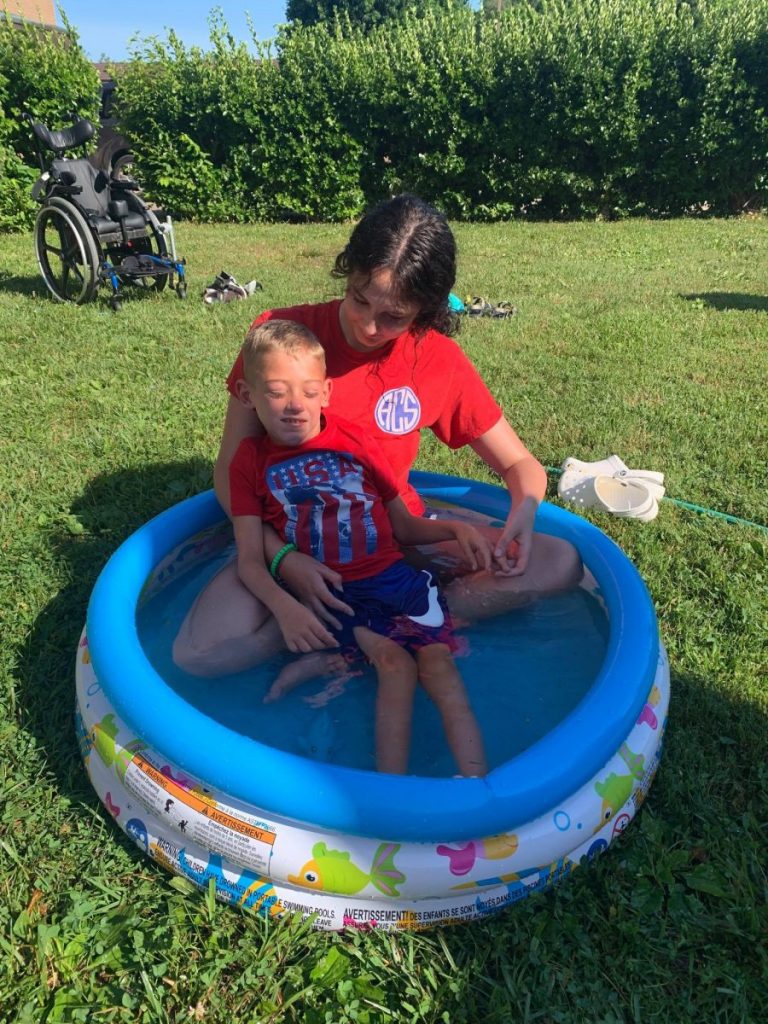 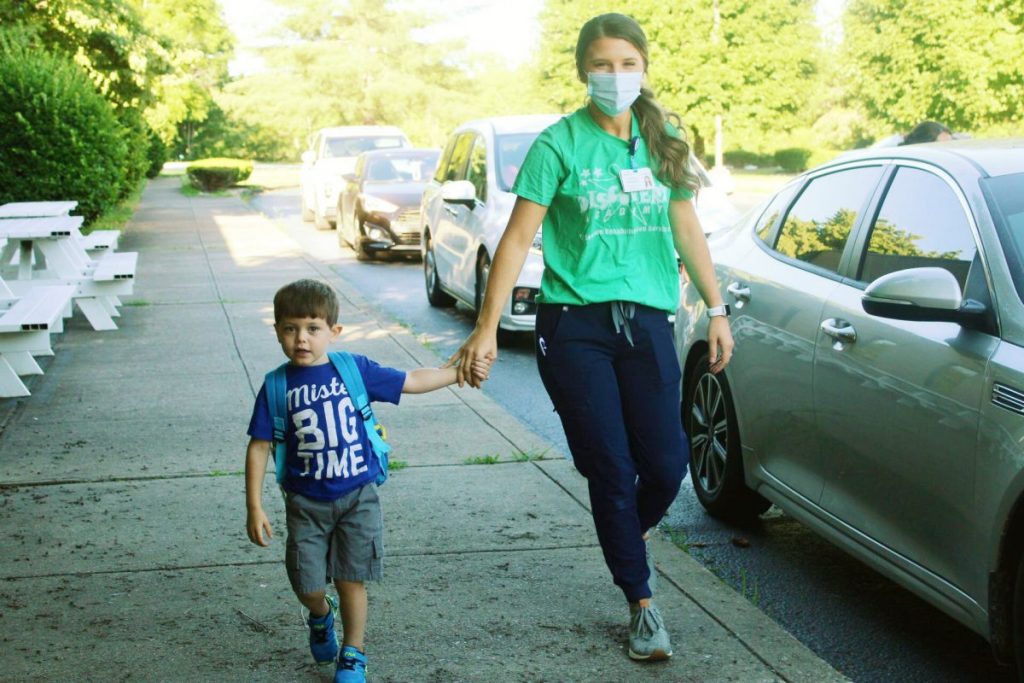 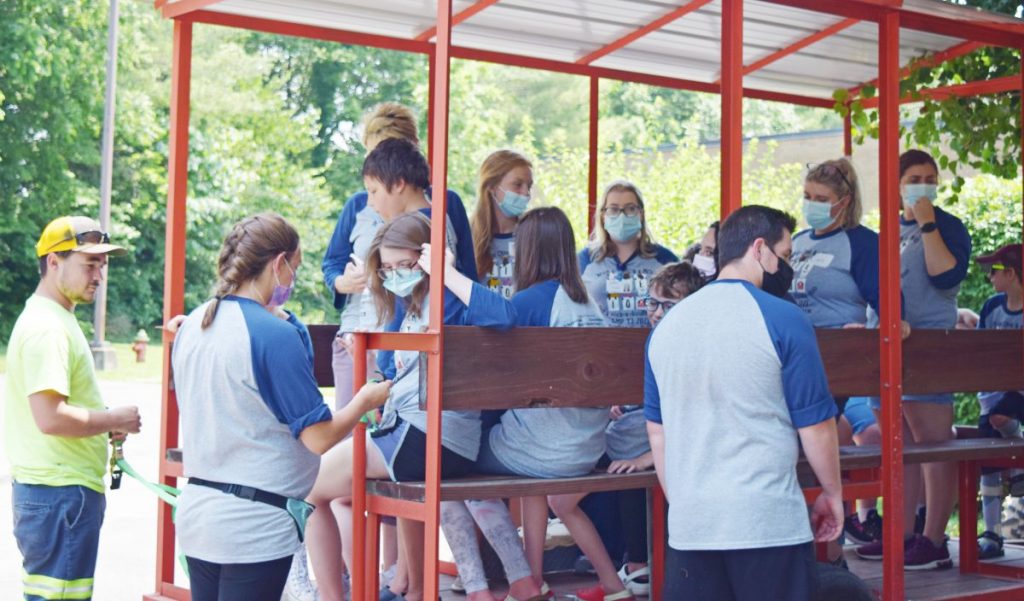 The Edwards Family provided campers with hay rides on the final day of camp. Photo by Mary Beth Sallee. 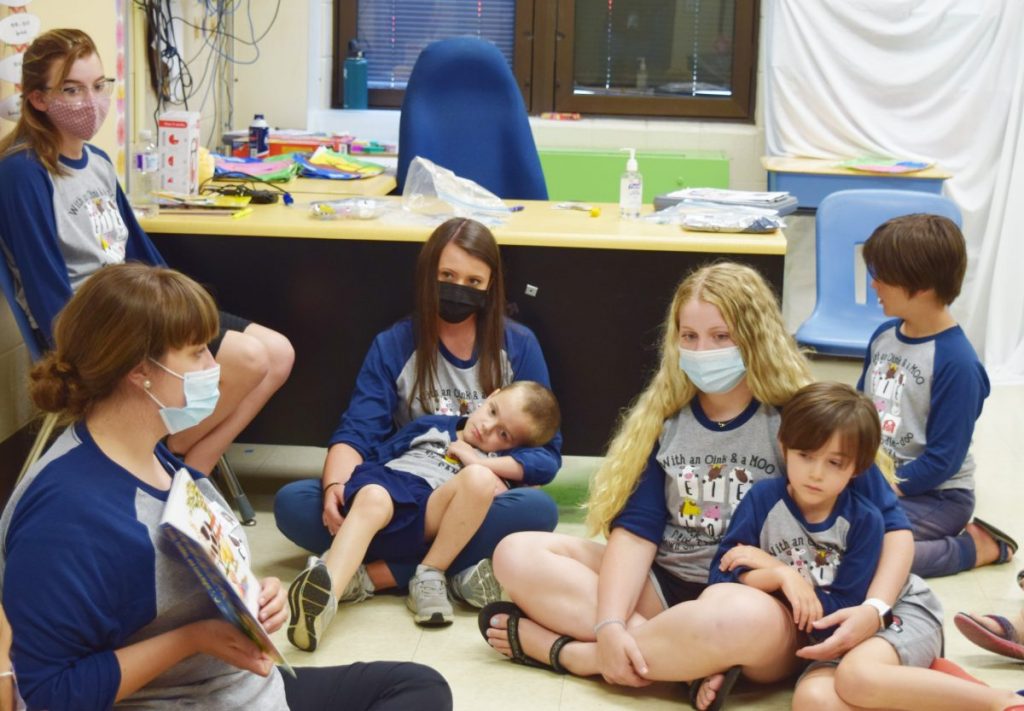 Speech Therapy class at C.A.M.P. TJ was lead by Baylee Dubree, Speech and Language Pathologist, left. Brooklyn McCawley, back, was a volunteer at the camp. Katelyn Shaw Walden, Speech Therapy student, is holding camper Nicholas Lackey. Casey Robinson, a camp volunteer, is sitting with camper Tucker Ream. Edmund Mallory, back, is another camper participating in the class. Photo by Mary Beth Sallee. 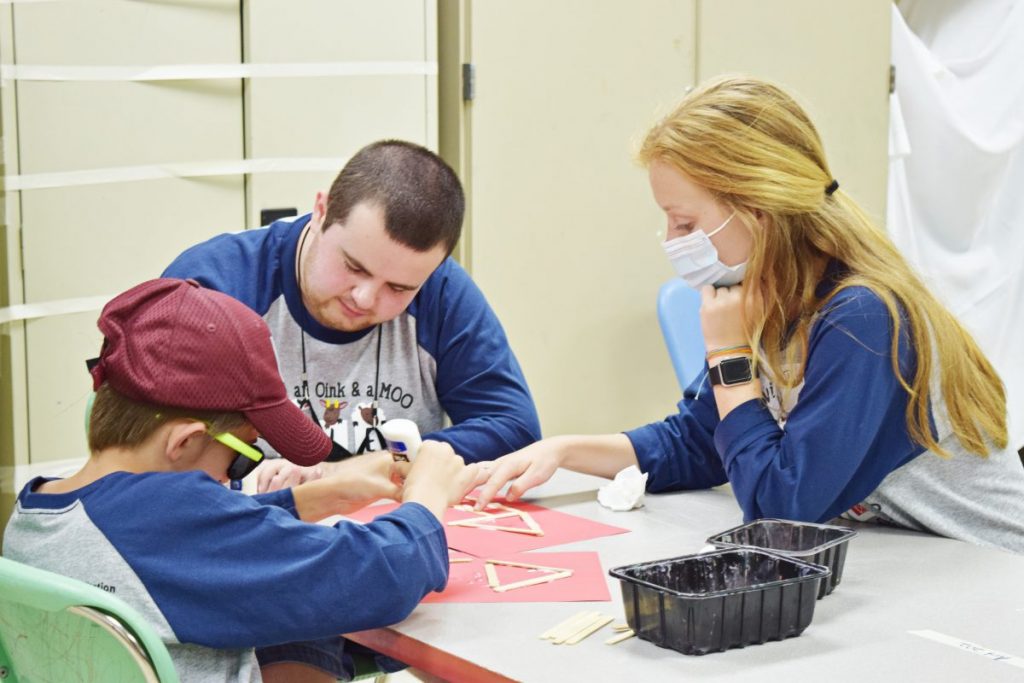