This summer the town square welcomes a new gathering: Summerfest. The fluffy blueberry pancakes of yesteryear’s Blueberry Festivals returned, along with local music, vendors, and barbecue.

Special attention was paid to downtown attractions including the historic jail and courthouse, and the Barn Lot Theater.

“The Edmonton Metcalfe County Chamber of Commerce was extremely pleased with the 1st Summerfest. In spite of the intense heat, there was a great number of people in attendance,” said Gaye Shaw of the chamber.

“The Barn Lot Theater, Metcalfe County Public Library, and the Metcalfe County Historical Society greatly added to the event and reported good attendance at their venues. The music by our own Hornets’ Nest Pickers and Kentucky Just Us was just awesome. Many made comments that the chamber needs to continue with a Summerfest each year. I’ve heard no complaints about anything thus far and that is unusual and a very good thing!” 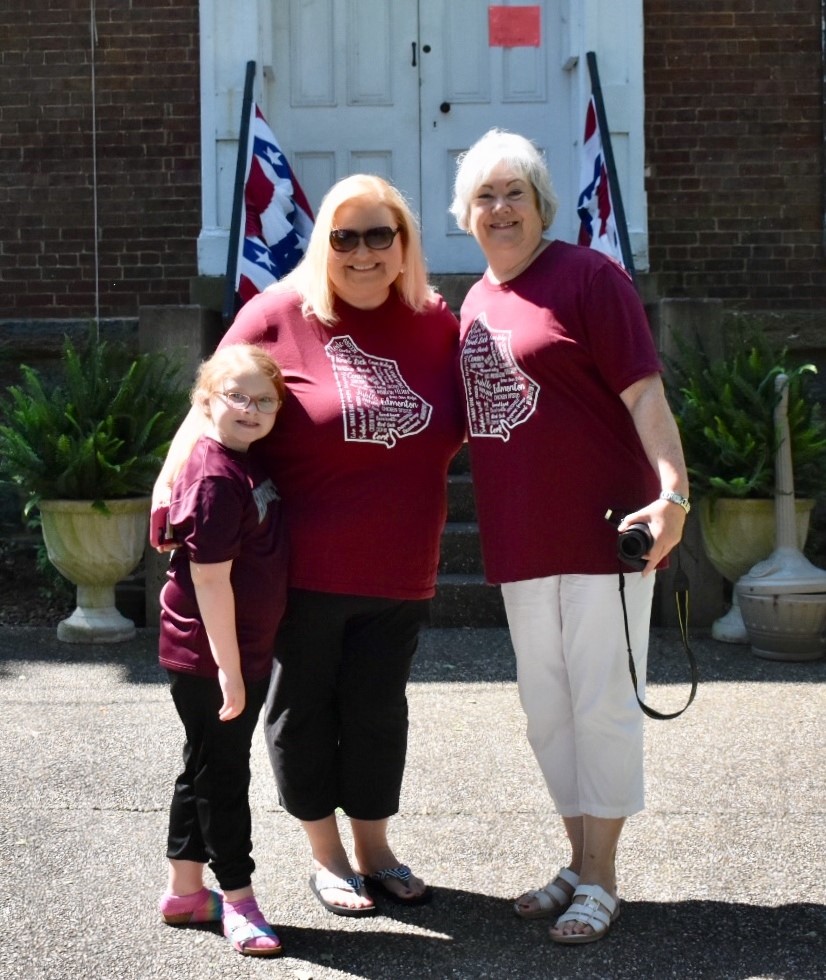 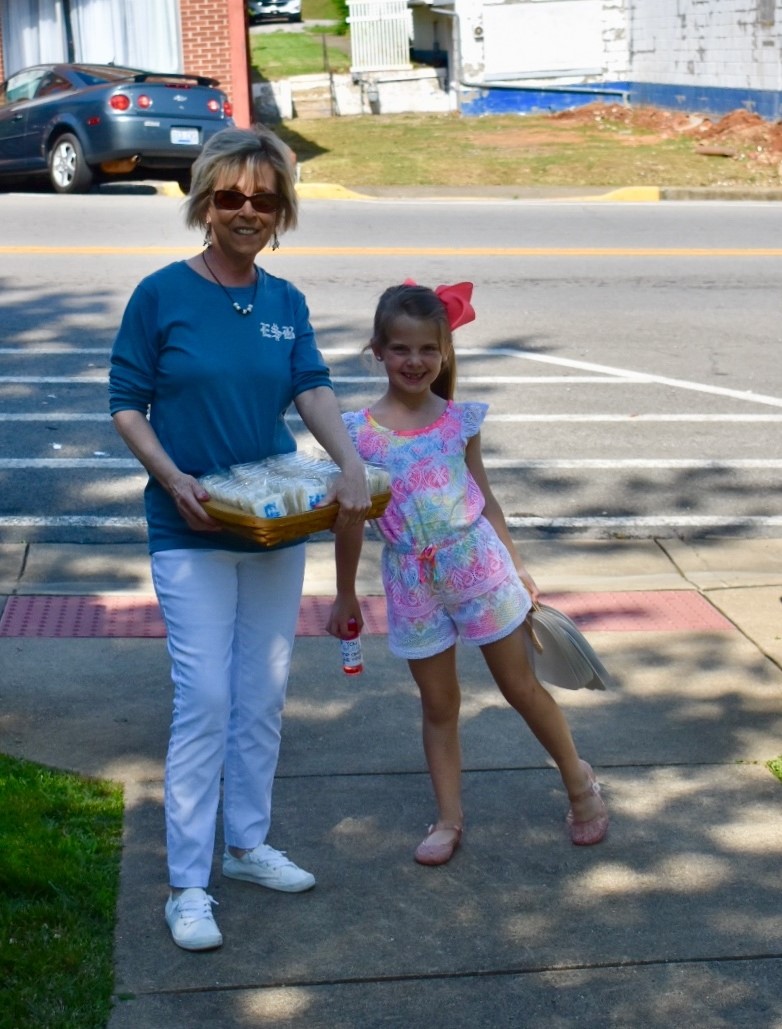 Freeda Reece and her helper Tymber Garrett distributed fans and cookies to the crowd. Photo by Jennifer Moonsong 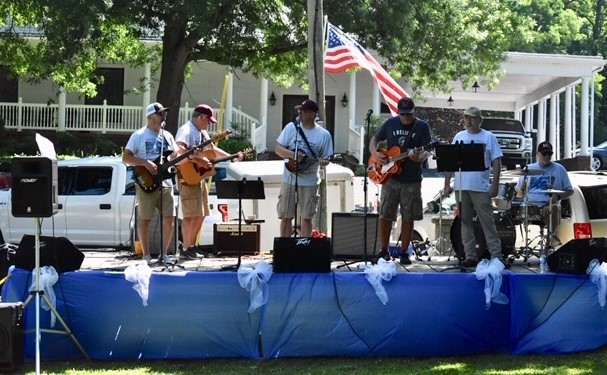 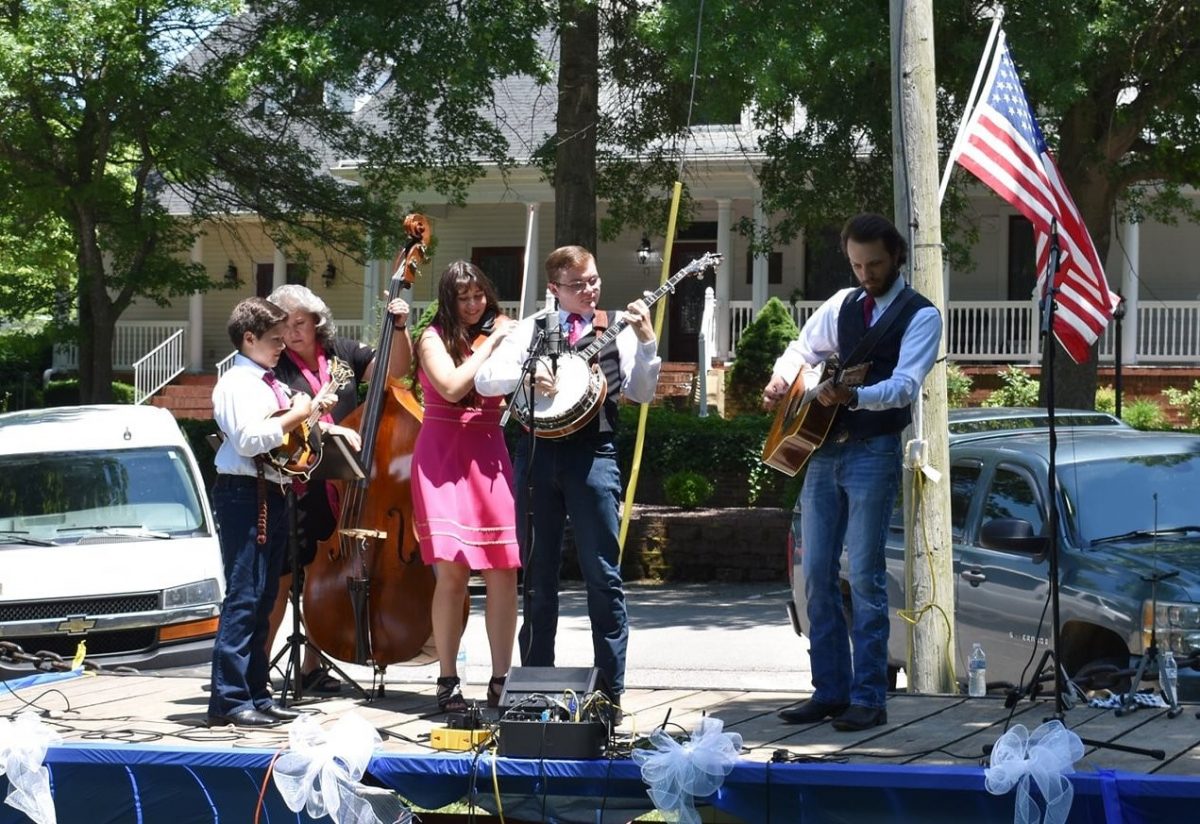 Kentucky Just Us was a huge hit with the crowd. Photo by Gaye Shaw 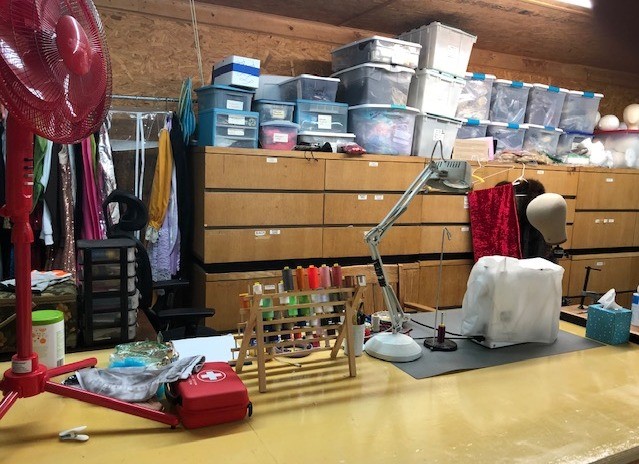 Backstage tour of Barn Lot Theater – This is where the costume magic happens. Photo by PJ Martin 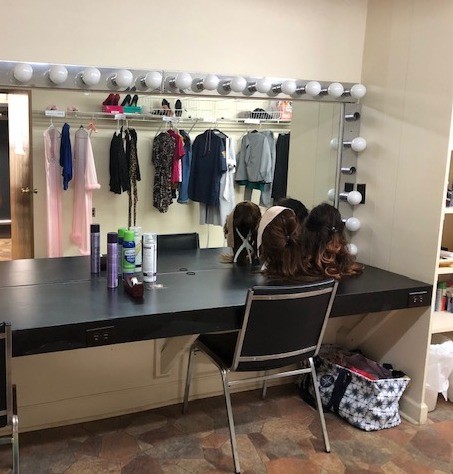 The ladies make up room at Barn Lot Theater. Photo by PJ Martin 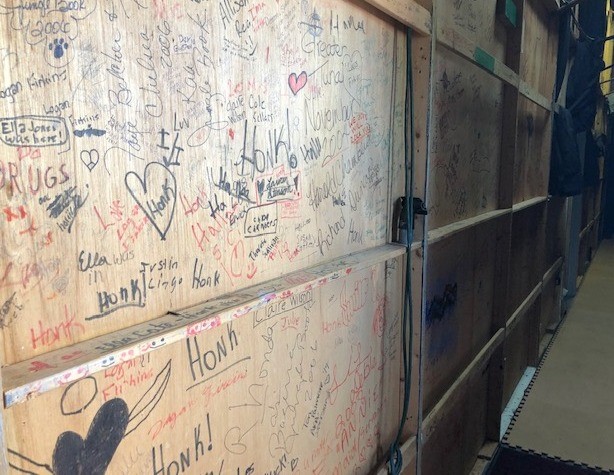 The backstage wall holds the signatures of the many folks who have performed over the years. Photo by PJ Martin 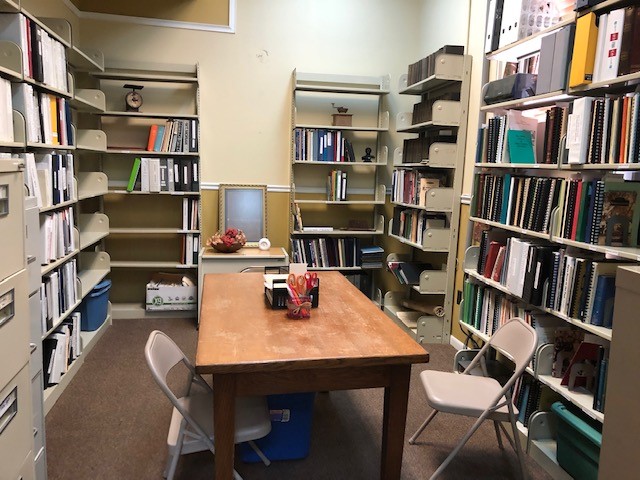 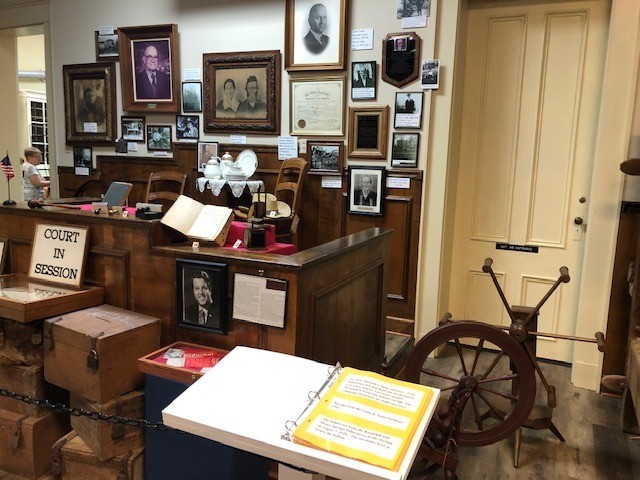 The many courtroom items in the museum. Each display has a stand with a book describing each item in the display. Photo by PJ Martin 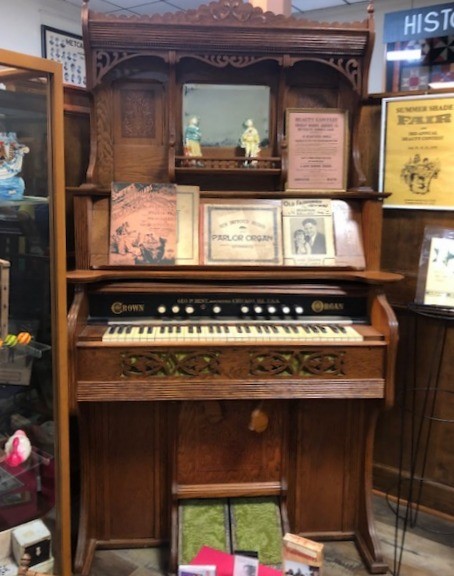 This beautiful antique pump organ is on display in the museum. Photo by PJ Martin 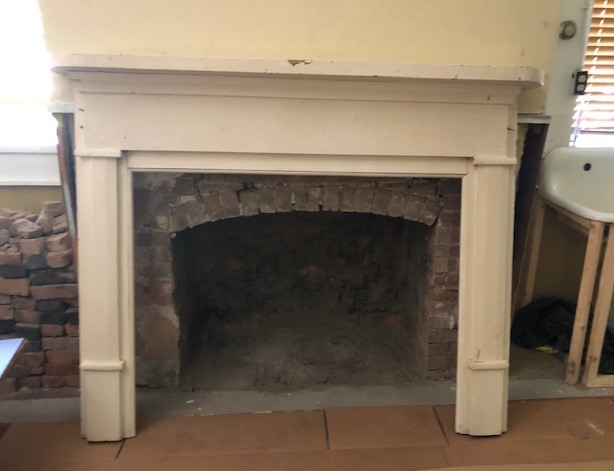 A section of the museum not yet finished, a fireplace has been uncovered and is being restored. Photo by PJ Martin