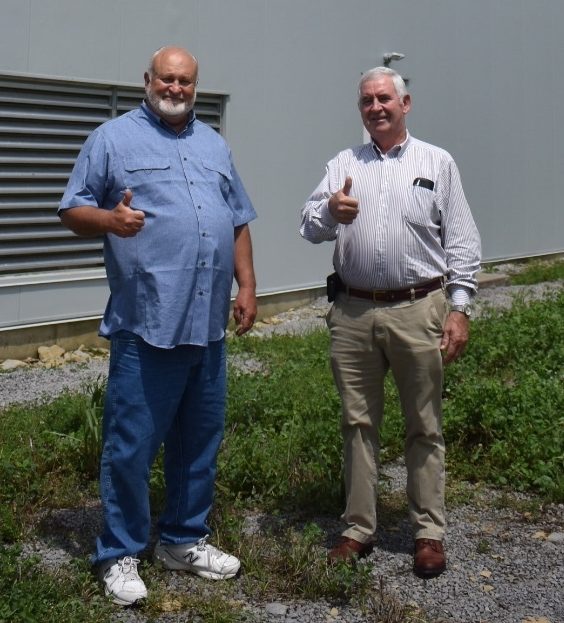 After much anticipation, the last cornerstone is in place to move forward with Metcalfe County’s new industry, Pennington Stave and Cooperage.

The last grant necessary provided by ARC (Appalachian Regional Commission) came to fruition last week. The ARC grant will provide $616,900 economic development money to Metcalfe County Fiscal Court for improvements to a county-owned building that will house the Pennington Stave and Cooperage.

The promise of the facility and at least 60 new jobs started in January of 2019.

“We started working on this project, and then the pandemic slowed down the process with state and federal government,” said Judge/Executive Harold Stilts.

In the early phases, a $1 million community development block grant was obtained. With the final grant money in place, the outfitting of the existing building, which will be used for stave production for whiskey and bourbon barrels, will soon be underway.

“We have a shell with a poured concrete floor. We will be outfitting it for the electrical machines, and we will be providing a break room, restrooms and office space,” said Stilts.

An engineer and architect have already developed designs, and soon the process of obtaining bids from local contractors to do the work will be underway.

Both Stilts and Mayor Doug Smith expressed a sense of relief and joy about being able to work together to bring new jobs a new life into the county.

“This is fantastic. This is a good day, to know we will be moving forward,” said Smith.

“Obviously, it’s exciting. Dealing with a global pandemic, people and businesses struggling, it’s good to bring excitement to this community. In my hometown,” said Pennington.

Pennington, Smith, and Stilts said they anticipate the facility will be up and running, with people being hired for jobs by the end of 2021.

The existing facility will only be the first portion of the eventual two-part operation. For the time being, the staves being made will be sold to companies building barrels. In the future, a second structure will be built and barrels will be built in Metcalfe, promising more jobs in the long run.

“It has been a group effort to make this possible and I’m grateful for everyone who’s played a role in getting this done. I look forward to making announcements as we get this project moving,” Pennington said. “We are just getting started!”

Congressman Comer, the governor, local representatives, BRADD, the county, the city, and the industrial board have worked to see this project become a reality.

To learn more about the cooperage as it progresses, read the Edmonton Herald-News.