Most of us have watched the aquarium builders on TV and marveled at the major aquariums in places such as Newport, KY, and the Smokey Mountains, but did you know there are a lot of aquarium hobbyists in our area and a fish and tank rescue too?

The Kentucky Fish and Tank Rescue, located in Cave City, KY, was founded and is run by JP Merlo and his wife Christina. The rescue has been operating for a year and a half and has around 10 dedicated volunteers that are the backbone of the rescue. Merlo has acquired a global following of his Sunday night Facebook live broadcasts and plans to create an educational YouTube channel as well. 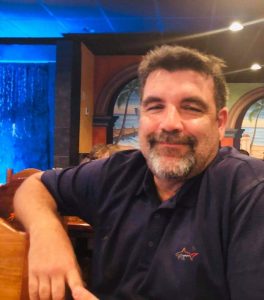 When asked where the idea for the rescue began Merlo explained, “Setting up my mom’s 55 gallon that had 5 large goldfish. After she died, I set up her tank and in doing so found out there was a huge opportunity…it’s not a demand, it’s the opposite….everybody has fish tanks laying around in their garage that are in the way or they are tired of maintaining. So we go a get them and put them to good use. That’s what started the fish rescue. I just noticed that there was a demand for coming and getting the fish and the equipment off people’s hands.”

Merlo said he learned how great the demand was in the area for someone to come pick up surplus tanks and equipment after picking up a donation of 120 tanks from one individual. “The bonus is meeting the people and being able to take care of the fish.” Adding, “It’s just kind of expanded from that. One tank turned into to three tanks, turned into over 200.”

He now has 80 plus tanks up and running with a wide array of fish and over 200 tanks on the property. He has accumulated tanks and fish from various individuals who are no longer able to care for their fish, pet stores that have closed, or people have donated. Along with tanks, there is an inventory of pumps, lights, heaters, decorations, plumbing, etc. 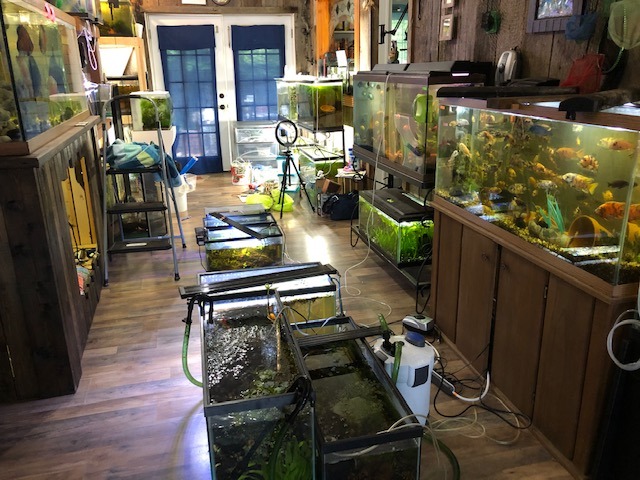 The rescue gallery holds a small portion of the 80+ tanks at the rescue. New fish are held/quarantined in the center tanks before being moved to the more established tanks. This photo shows one end of the gallery. Photo by PJ Martin

“I would highly suggest that every classroom everywhere have an aquarium. It’s far more than what meets the eye. The responsibility of feeding and taking care of the fish is one thing, the science behind the nitrogen cycle and beneficial bacteria is another. Ammonia converts into Nitrate then into Nitrite, which are all poisonous for the fish. You create this cycle with beneficial bacteria,” said Merlo who welcomes the scheduling of tours for children and their families.

The rescue does a lot more than just take surplus tanks and rescue fish that people no longer want or that outgrow their tank. They also do tank maintenance for other people and they can reseal/refurbish tanks as well. Experienced aquarium hobbyists come from all over the country to adopt fish, and buy, sell, or trade equipment. Merlo only asks that you make a donation to the rescue in return.

You can reach the rescue on Facebook at Kentucky Fish & tank Rescue or online at www.thekentuckyfishandtankrescue.com

As a new adventure, JP is excited to announce that the rescue is hosting the first Mammoth Cave Aquarium Expo on July 31 and August 1st, 2021, at the Cave City Convention Center in Cave City Ky. The expo is scheduled to be Southern Kentucky’s Largest Fish and Tank Expo.

The MCAE is an annual “fish keeping festival” creating awareness through networking and educating the public on the values of being in the aquarium hobby by organizing an event focused on, hobbyists, vendors, suppliers, speakers, and YouTubers from all over and bringing them together in one place.

There will be special guests, speakers, seminars, and we have plans to have a studio set up for interviews and podcasting live from the event. If you want to be a sponsor, a volunteer, set up a booth, or just attend the event go to https://www.facebook.com/MammothCaveAquariumExpo to sign-up. It’s economical for a family to attend with tickets only $3 per person and $5 for a couple and can be purchased at the door or early on the website. 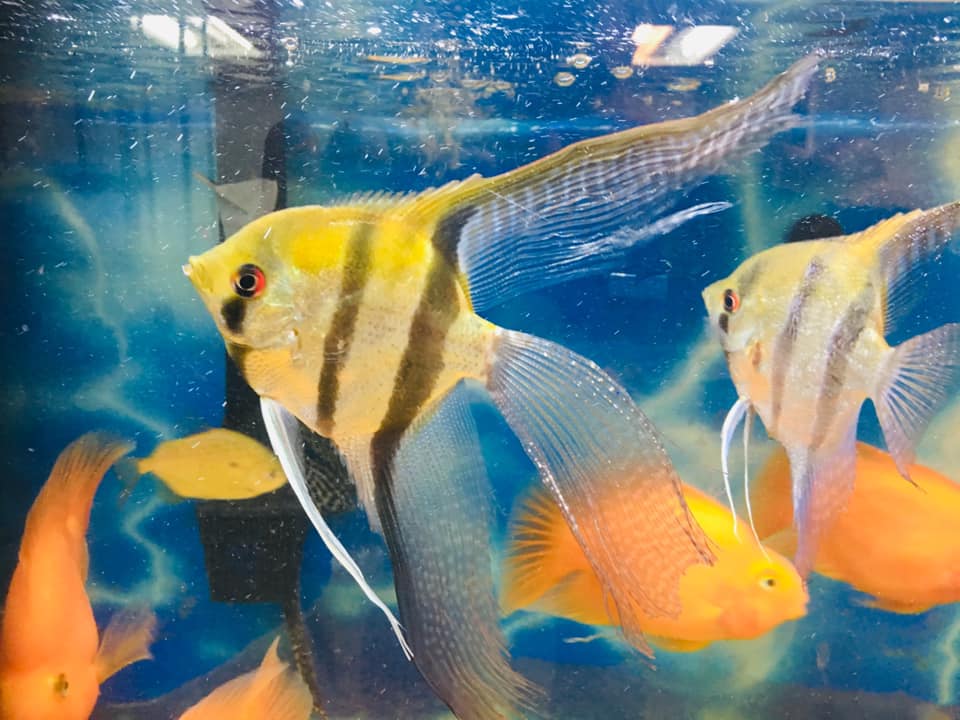 The beautiful Angelfish share a tank with the Parrotfish. Just one of the many tanks set-up in the basement. Photo by JP Merlo 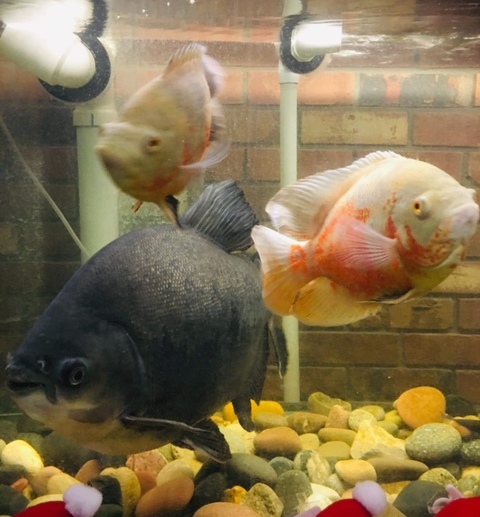 The largest fish at the rescue are Pacu and Oscars residing in the 180-gallon tank. Visitors are quite surprised to learn they are spoiled and love attention from everyone. Photo by JP Merlo 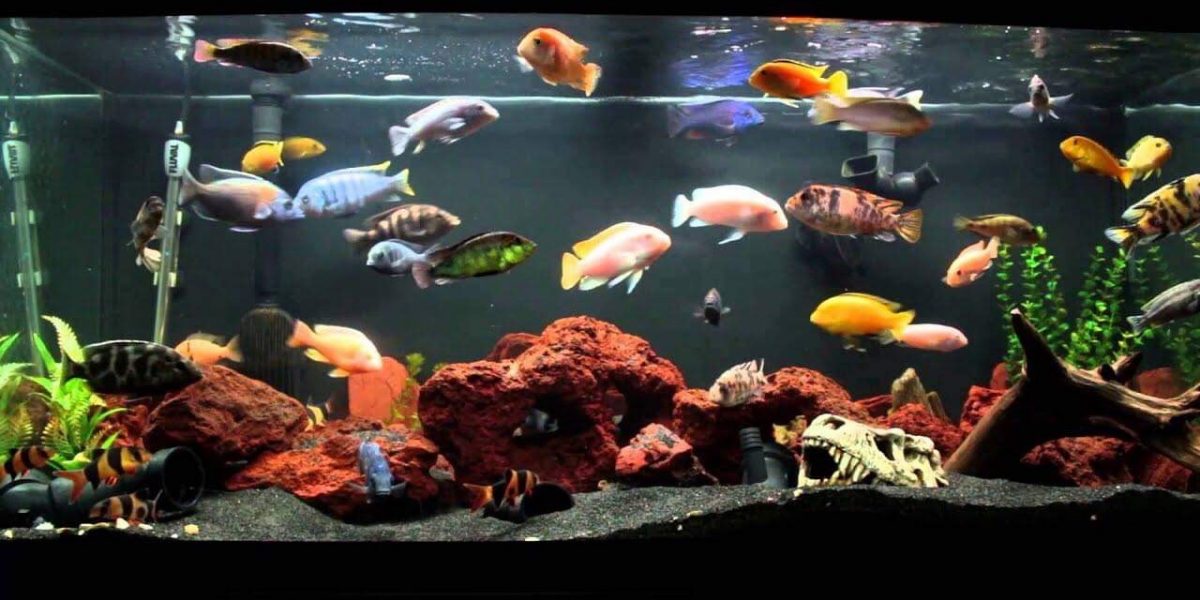 One of several Cichlid tanks. The rescue received over 800 Cichlids in a single donation. Photo by JP Merlo

There is actually scientific data for the benefits of aquariums and studies are being carried out such as the one from the National Marine Aquarium, Plymouth University. Reports and studies have listed results for reducing stress, lowering blood pressure, decreasing pain and anxiety, calming for children with autism, calming Alzheimer patients, and improving focus and sleep quality.

Alternative therapy was being carried out at Ripley’s Aquarium, Myrtle Beach, SC as early as 2017

The National Library of Medicine https://www.ncbi.nlm.nih.gov/pmc/articles/PMC6663029/