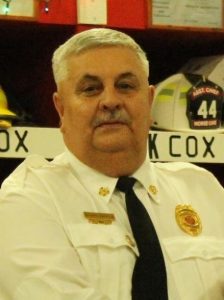 Donnie Parker has recently been suspended from his position as Fire Chief.

Fire Chief Donnie Parker is currently suspended from his position with the Horse Cave Fire Department.

The suspension, which was handed down by Horse Cave Mayor Randall Curry, comes after a complaint was issued to the Kentucky Fire Commission regarding the Horse Cave Fire Department.

“I suspended Donnie until the outcome of the investigation,” Curry said. “…He (Sloan) has agreed to help cover our area until we can get things back on even terms.”

The investigation is ongoing and is being conducted by the Kentucky Fire Commission.