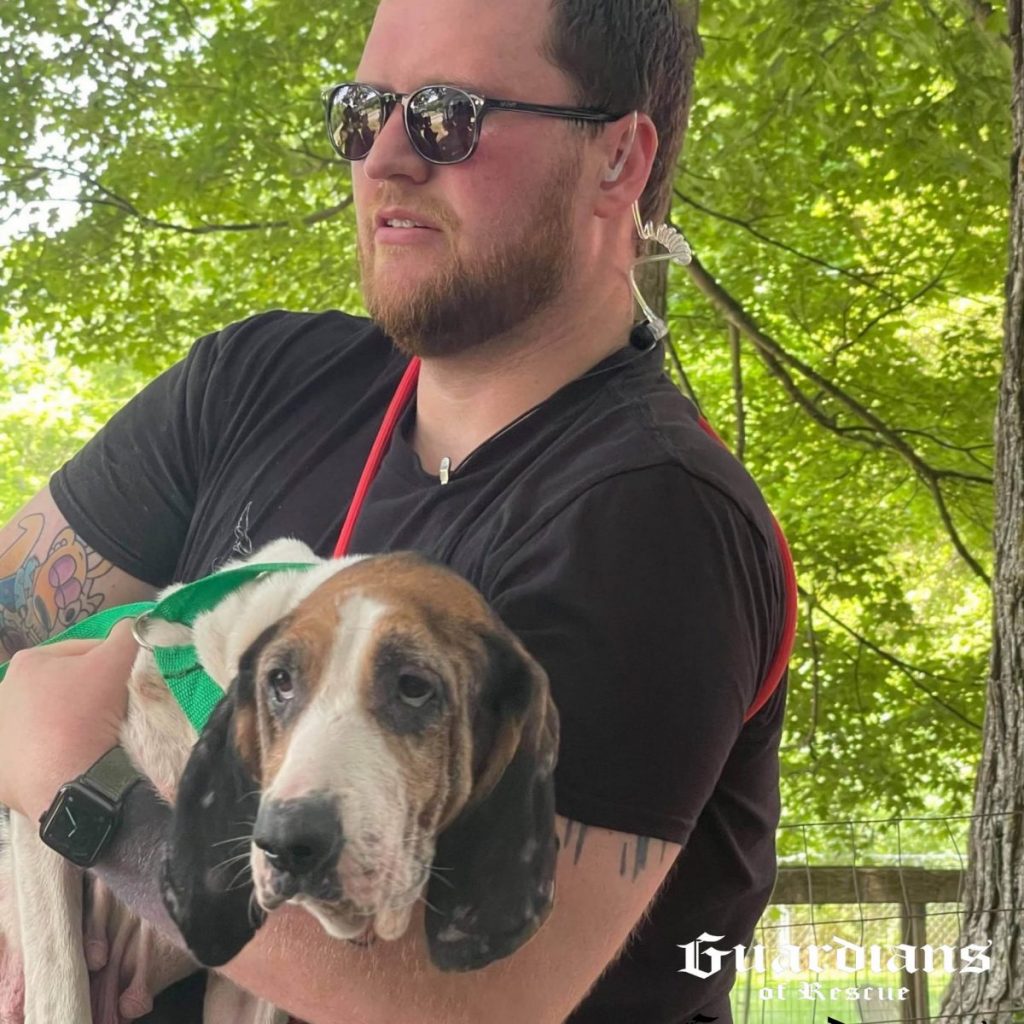 The nonprofit organization Guardians of Rescue has a self-proclaimed mission to “…protect the well-being of all animals and come to the aid of those in distress.”

Last week, Guardians of Rescue made good on that mission as they, along with Hart County Sheriff Jeff Wilson, Hart County Animal Control Officer Jimmy Martin, and the Bowling Green/Warren County (BGWC) Humane Society, responded to a residence located on Raider Hollow Road in Munfordville.

According to a post made on the Guardians of Rescue Facebook page, a call had been received by the organization regarding a potential hoarding/breeding operation in which animals were living in crowded and inhumane conditions on that property.

Upon arrival, it was discovered that a woman living at that residence had approximately 80 dogs in her possession with many needing immediate veterinary care.

In a Facebook post, Guardians of Rescue stated that numerous dogs had severe skin issues and were completely covered with ticks and fleas.

In a press statement, BGWC Humane Society Executive Director Lorri Hare said that on May 24 the humane society initially removed 25 dogs from the Munfordville property. Hare also stated that on May 29, Guardians of Rescue assisted Animal Control Officer Jimmy Martin in removing 42 additional dogs from the property.

Approximately 13 to 15 dogs remained at the residence due to lack of space available at the BGWC Humane Society.

Additional reports have stated that four animals – one that was under the care of BGWC Humane Society and three under the care of Guardians of Rescue – were micro-chipped. Those animals have now been reunited with their owners.

“A local (Hart County) family quickly reached out to Guardians when they heard we were on-site removing animals, and they sent pictures of their dog who had been missing for nearly a year to see if, against all odds, he was there,” Guardians of Rescue stated in a Facebook post. “Guardians discovered the dog being called Peedee was actually their stolen family pet, Tyson. We quickly gave them the amazing news that Tyson was safe and going to go back home. Tyson was neutered and fully vetted before he was returned Thursday to his real family.”

“When Tyson saw them (his family) standing there waiting, he immediately remembered them and showed them how thrilled he was to finally be back where he belonged,” the post continued. “The family and their beloved Tyson had an emotional reunion, and now their family is complete again.

It should be noted that the woman at this property who was hoarding these dogs was not currently associated with the local organization Animal Rescue Kare (ARK) of Hart County. ARK stated that although she was at one time an ARK member, she was never a board member.

The investigation is ongoing.

If you believe your lost animal may have been found during this recent rescue, contact Guardians of Rescue at 1-888-287-3864 or via their Facebook page. The Bowling Green/Warren County Humane Society can be reached at 270-842-8572. 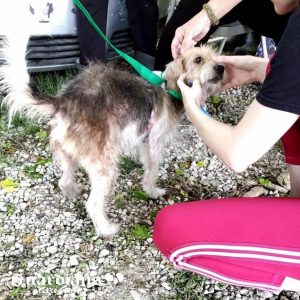 Approximately 80 dogs were rescued from a residence located on Raider Hollow Road in Munfordville. Numerous dogs had severe skin issues and needed veterinary care. Photo courtesy of Guardians of Rescue. 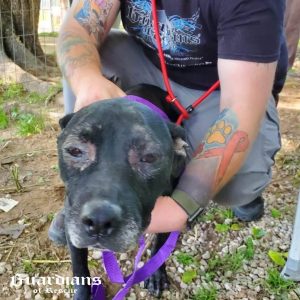 Many of the dogs rescued last week were covered in fleas and ticks. Photo courtesy of Guardians of Rescue.