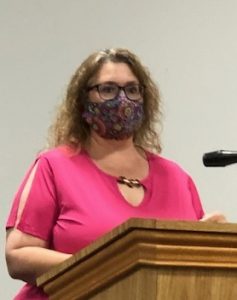 Mayor Harold Armstrong began with a correction to numbers for Community Relief which he quoted at the May 10th meeting. The stated that the relief numbers he quoted were for Community Action which is completely different from the Community Relief Funds. “I didn’t want to make anybody think that they were keeping the money back, but at that point in time Community Action had $1.25 million dollars to distribute. Community Relief is who the city uses to make those distributions for any grants that we can get to go for utilities or shelter, and we also every year give the same amount into them…If it weren’t for them, the city could not serve near the people they do.”

Stacey Janes with Community Relief Fund of Glasgow-Barren County, Inc. was present and added that they currently and 2 employees, 1 part-time, 1 full-time, and have one open position. “We are a small organization, we do our best to meet everybody’s needs in Barren County.” 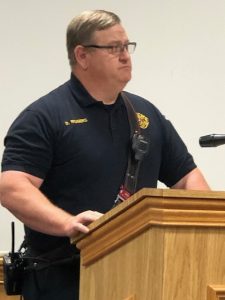 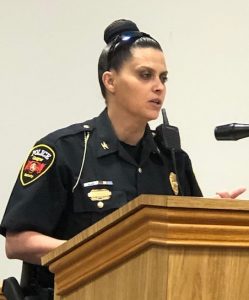 Chief Dereck Rogers of the Glasgow Fire Department reported that in 2020 there were 1,054 runs total. So far in 2021, there have already been 429 with 31 of those being fires, 157 being emergency/rescue, and 124 were service calls. Councilmember Terry Bunnell asked what future challenges the chief could foresee to which Chief Rogers stated, “personnel…we get em,’ we get em’ trained, and then they want to go to a different city that pays more…the number of applicants have gone down.”

Chief Jennifer Arbogast of the Glasgow Police Department reported that currently they are not fully staffed with one open position. Also, one person retired the end of the month and another will in September. In answering Councilman Bunnell’s question, “It is getting harder and harder to get people who want to do this job. Pay is a big thing…We train them for three years [contract] and then they go find somewhere else that pays them $5 more.”

A Municipal Order was approved to appoint Sam Terry to the Fort Williams Restoration Commission to fulfill the four year unexpired term of Bob Reece. The term will end August 31. 2024.

An Ordinance to accept multiple streets into the City Street Maintenance System was proposed by the Joint City-County Planning and Zoning Commission on December 11, 1979. This process was never formally completed. The remainder (76) of these streets, avenues, and roads which have not been adopted by specific ordinances since that time are listed below.

The first reading was held for a Resolution allowing April Russell, Grant Writer for the City of Glasgow to apply for a Kentucky Fire Commission grant in the amount of $28,658.72 (no match). If received, the grant will be used for Glasgow Fire Dept. training center drill tower maintenance. The resolution was passed.

The first reading passed for a Resolution allowing April Russell, Grant Writer for the City of Glasgow to apply for a grant administered by the Dept. of Local Government, Federal Highway Administration, Federal Aid Program, Recreational Trails Program. The grant if received would be used by the Parks and Recreation Dept. The grant is limited to funding 80% of the estimated cost of $29,500 with the city responsible for the remaining 20% which is $5,900.

The Glasgow Regional Landfill will be closed Saturday, June 5th.

On Monday, June 14th at 6:45 p.m. there will be a budget hearing for uses of the Municipal Road Aid and Local Government Economic Assistance Funds. This will be followed at 7 p.m. by the next meeting of the City Council in City Hall Council Chambers following CDC guidelines.