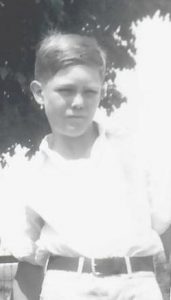 Scott Magers perished on the USS Oklahoma during the attack on Pearl Harbor at the age of 18, 1 month, and 4 days. He did not have a long time to build a legacy; having left Merry Oaks at the age of 17; yet, he did. By interviewing members of our community, remembrances confirm a man of greatness, strength, kindness and integrity.

Life in 1941 was much different than life today. Few homes had electricity, few people had automobiles. Life was hard and people were a lot more self-sufficient. They worked the land, raising gardens and crops for sale or trade. Most work was done by hand and tools. The middle class and poor utilized horses, mules, and donkeys with wagons, or they walked. The most popular jobs for men in 1939 were farm workers, general laborer, fitter, engineer, coal miner, shop owner/worker, and railway worker.

Scott’s family was, by what I can conclude, more affluent than some. They had an automobile and his Dad would haul young couples to Tennessee to get married. He and his wife owned and/or operated a store at Merry Oaks before moving to Railton and operating a store there. Yet, sickness fell upon the family and his parents died in 1939 within months of each other. Fred and his wife, Louie became the guardians of Scott, age 14, and his siblings.

Scott helped his brother on the farm and his milk route. He attended church. He flirted with the girls and, I’m reasonably sure, more than one heart loved him.

Researching his life, I have interviewed several people who remember him and his family.

Mrs. Lano Gilbert, age 86, of Louisville remembers that Scott had a milk delivery route and he delivered milk to her house. She said they had a rope swing tied to a tree that was close to road. When Scott came, he would stop and push whichever youngster was on the swing. She remembers that he took time for the children.

Mrs. Phyllis Bridges, age 91, of Indianapolis remembers Scott and his pony and one-man cart that he rode all over the area. She describes him as “the cutest guy that ever was” and “he was so perfect, he was pretty.” He was shy and quiet, with the kindest heart. After the attack at Pearl Harbor, they would listen to the news, hoping to hear some good news. “In those days, not much was revealed; yet, we listened, continuing to hope.”

Mrs. Roberta Lowe, 95 of Smiths Grove remembers shopping at the Railton Store, arriving either on foot or in an iron wheeled wagon. The store did not have electricity. She remembers cheese in old barrels and hoop cheese. She said they had rolls of bologna hanging from the ceiling and you could walk up and cut off a hunk. You could buy “Clusters of 4 crackers” and stick candy. They also had a cream station where people could bring milk and separate the cream and milk, making butter out of the cream. She recalls the children, playing, and working in the store. She also recalls how the Magers were charitable to others and they would extend credit to families who needed extra time to pay their bill.

Mrs. Laverne Pennycuff, 91 of Smiths Grove remembers the day it happened and how they all gathered around the battery radio. “It was a complete shock to hear it on the radio. Everybody was concerned and it was a long while before we knew that he went down, even though you didn’t know it at the time, you just felt it. Hearts sank.”

Mrs. Jane Barrick, 93 of Park City said that her late husband, Marvis joined the Navy with Scott. He remembered him fondly, but he passed away before he shared their memories.

Mrs. Francis Marie Johnson passed away at the age of 98, shared a letter with me in 2015 about Scott. She recalled the two car trips of Mr. Magers taking her older sister and her husband, and her father-in-law and mother-in-law to Tennessee to get married. She said the family moved to Railton in the early 1920’s and operated the general store there until their deaths. Scott attended Carver School with her, but he was in a different room. After he enlisted in the Navy, she never saw him again. (Personal letter). 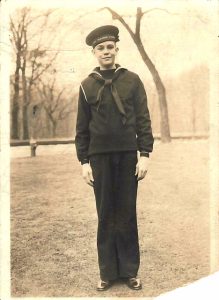 Mrs. Evelyn Patterson Lyons, 93 of Glasgow remembers Scott asking to walk a friend home from the Merry Oaks United Methodist Church. “It was at least a mile, but that’s what you did in those days,” she remembers fondly. “Now, he’s coming back to where he used to walk and where his parents are buried.” She sweetly remembers Jessie Brown, a girl that exchanged letters with Scott. She passed away at the age of 16 or 17.

Mrs. Mary Perkins, 87 of Bon Ayr knew several of Scott’s siblings but did not know him. She remembers them as a precious, close-knit family who attended her Father’s church at Oak Forest Separate Missionary Baptist Church at Hays.

Mr. Joe Duvall, 84 of Park City remembers when Scott would ride his bike to his parent’s store at Merry Oaks to get a loaf of bread. “I remember it distinctly. It was Honey crust white bread containing two loaves and it cost 15 cents.” Joe’s parents were one of the few homes that had a phone and his Dad was designated as the parochial person that the military would call if someone was injured, killed, or missing. He does not know if his Dad visited Fred and Louie Magers in December 1941, but it is highly possible. He remembers the calls would come in at all hours of the night and the connections would be full of static that his Dad would yell into the phone, waking the entire household. Sometimes he could wait until morning; then, other times, he would leave to deliver the message.

Helen Maydell Pennycuff Harlow, passed in September 2014 at the age of 91. Her daughter, Dianna Taylor told of her Mother’s remembrances, who met Scott when she was 16. “The story I heard all of my life was that he was “My Scott”. She promised she would wait for his return.” When Dianna went to Hawaii and brought home information from Pearl Harbor, it became “real” and her Mother never spoke of him again. When given a picture of him, she cried, and kept running her fingers over his picture. Once the tears subsided, she said, “I almost forgot how handsome he was. “ 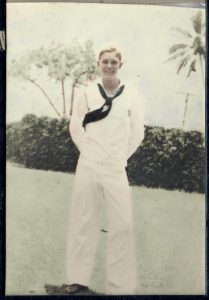 Mrs. Mary Lockhart, 92 of Park City lived one mile from the Railton Store. She recalls that Mrs. Magers was friendly to everyone and would often come outside to talk with people walking by. It was she that gave Mary her first doll. She did not know Scott very well, but she remembers James, Wallace, and Norma talking about him when they were notified that he was missing. They were a close family and this loss was almost unbearable. Later, James and Wallace would join the Army.

Mrs. Betty Magers, Scott’s sister-in-law, was friends with the family at an early age. She remembers in the 1930s, when farmers would gather at the store, enjoying the warmth of a “pot belly stove” while eating cheese and crackers or divinity. Sometimes there would be a disagreement and the disputants would take it outside. She remembers James and Scott would crawl onto the roof to watch the action. According to Mary Lockhart, these were inebriated guys fighting over women.

Betty remembers evenings with the family, gathered around the radio and listening to the Grand Ole’ Opry, waiting for Scott’s favorite song, “South of the Border” by Gene Autry in 1939. She describes him as fun and full of life, soft spoken, kind with a beautiful smile. In letters home, Scott mentioned that “He sure missed those evenings.”

Scott enjoyed spending time with Louie’s Mother, Mattie Edwards. He would sit and talk with her while she quilted and sewed. She is believed to have received the last known correspondence from him which arrived on December 24, 1941, giving so much hope to the family that perhaps, just somehow he had survived.

Family and friends waited, and with each passing day, week after week, month after month, year after year, decade after decade, for nearly 80 years, they never lost hope that he would return home. As the years passed, one by one his siblings and in-laws passed away, leaving Betty to continue the quest to bring him home.

He will be buried beside his parents, close to the Oak trees that surround the property. They would have been saplings the last time he was here.

Scott left Merry Oaks as a remarkable young man. Yet, he was destined for greatness serving God and Country. In his sacrifice, he became a hero to the world, leaving a remarkable legacy that is remembered so sweetly. Welcome home. 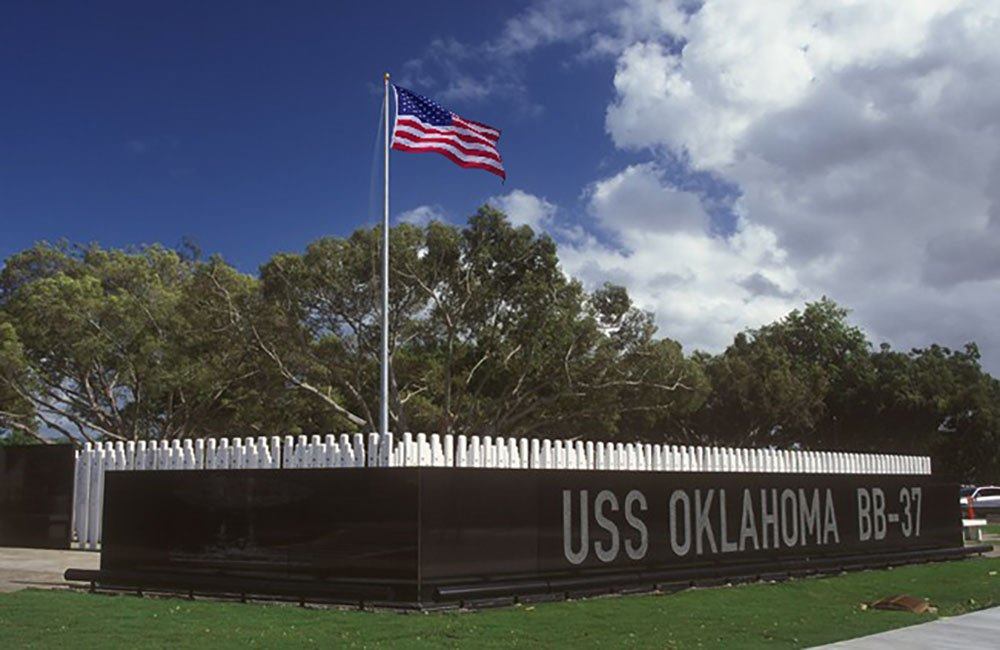 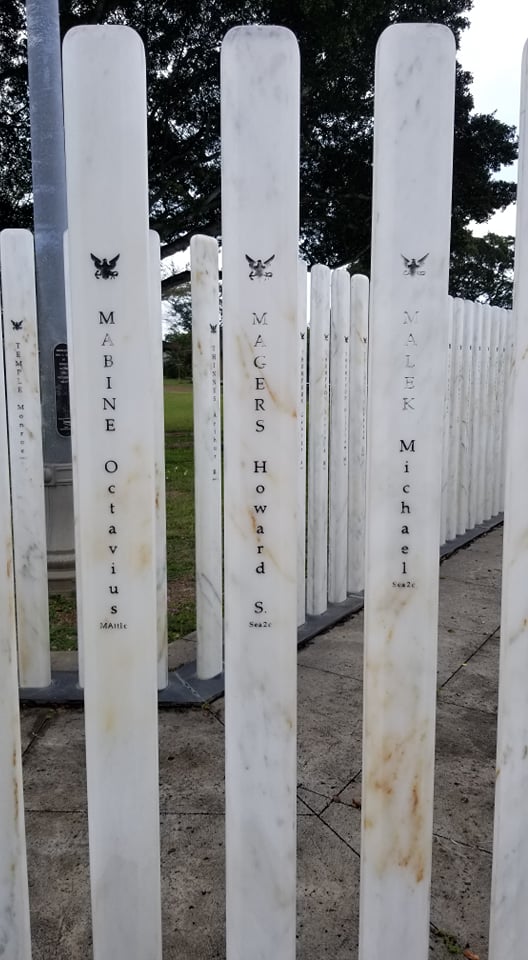 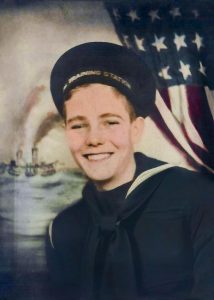