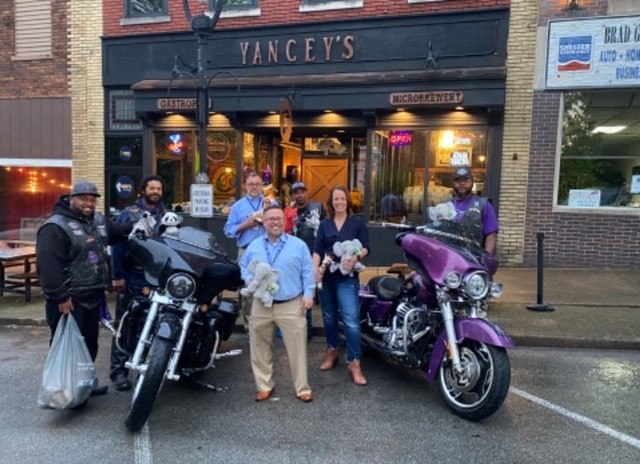 The Regulators Motorcycle Club cruise in with dozens of stuffed animals. Judge John Alexander, Judge Gabe Pendleton, and Judge Micah Pence show some of their favorites. Photo by Jeff Jobe

This year, Barren-Metcalfe Family Court Judge Mica Pence called on the help of the community, to provide stuffed animals for children who must appear in family court. Pence partnered with Yancey’s in Glasgow as a drop point for donations.

Now, only a couple of weeks later, the positive response has been overwhelming.

“The community came together and brought in an overwhelming amount of bears. The Regulators Bike Club out of Bowling Breen did a tremendous job in participating.”

According to Pence, more than 300 children a year enter the court system.

“Whether it’s because they’re testifying about past abuse or the divorce of their parents, attending court can be intimidating to a child. These animals make them feel more comfortable, secure, and loved,” she said.

Pence is also overwhelmed by the outpouring of love for family court kids.

“I’m overwhelmed by the support our community has shown for the children that come through Family Court. The willingness to help children in this community is beyond what I could have dreamed! I’m so thankful to Candy Reed and the Barren County Drug Court for organizing this event,” said Pence. 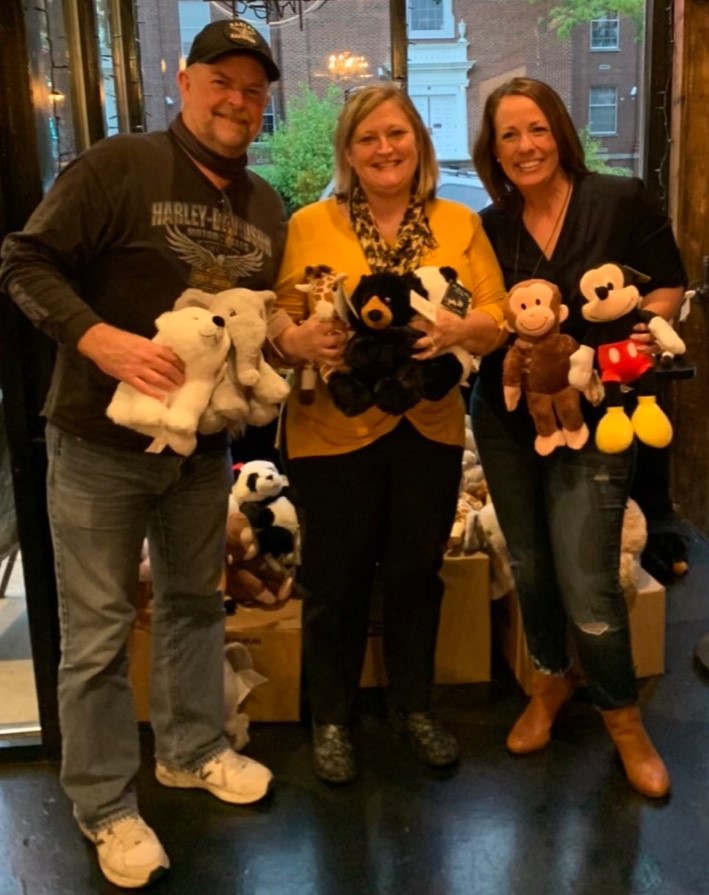 Lynn and Michelle Wheeler shown with Judge Micah Pence as they drop off their gifts. Photo by Jeff Jobe 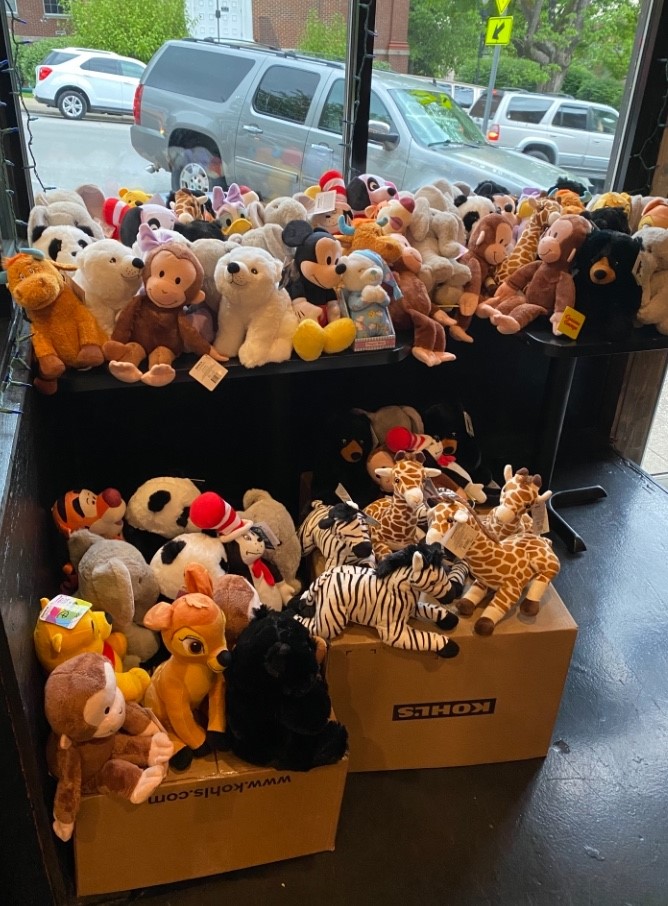 The community has shown great support bringing in toys. Photo by Jeff Jobe 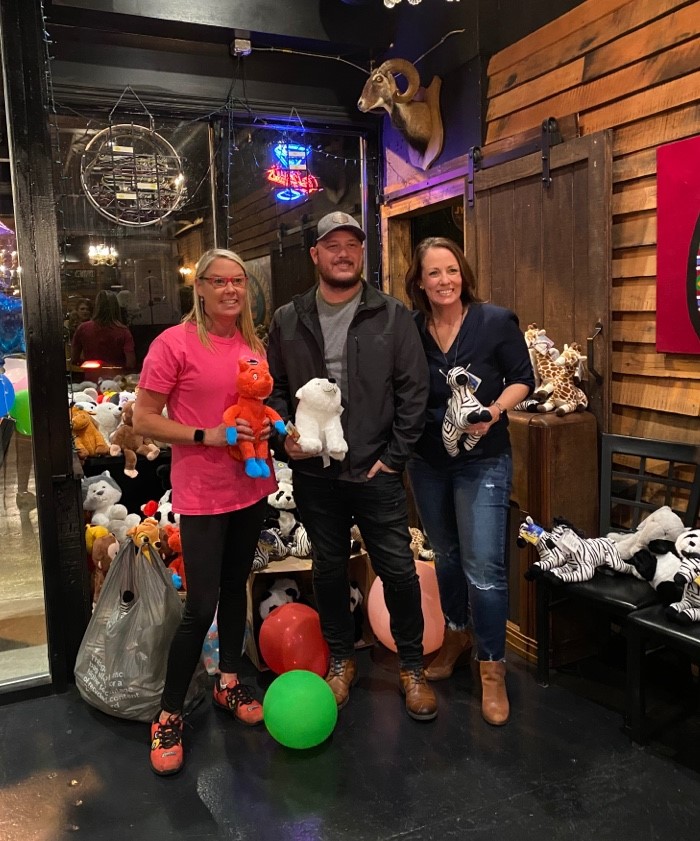