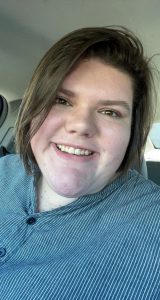 Reanna Poynter is striving each day to overcome her struggles with mental health. Photo submitted

“Fight everyday for yourself. Fight for your purpose in life. Find your people and rely on them.” Reanna Poynter

According to the National Alliance on Mental Illness (NAMI), 1 in 5 adults in the U.S. experience some type of mental health disorder or condition, with anxiety and depression being the most common.

Reanna Poynter is that 1 in 5.

A native of Park City, Reanna was 13-years-old when when she was first diagnosed with severe clinical depression.

“Growing up, my dad was sick the majority of my childhood,” Reanna said. “After years of struggling silently, I finally opened up and talked with my parents and my doctor, and that’s when I got diagnosed.”

At the age of 15, Reanna’s dad passed away. That’s when her mental health took a turn for the worst.

Reanna received yet another diagnosis, this time anxiety. Feeling as though she didn’t have time to grieve her father’s death, Reanna also began to self harm. Five months later, she attempted suicide.

“I just couldn’t handle the pressure put on me after my dad passed away,” Reanna said. “I felt like nobody was there for me, and I hit my breaking point. I was self harming, and I tried to commit suicide. But I’m beyond thankful I got a second chance.”

“It hasn’t been an easy road,” Reanna said of her diagnoses. “I’ve had highs and lows. With a new diagnosis, I would get severally depressed again, thinking something else was wrong with me. Recently being diagnosed as bipolar, it was hard for me to swallow. I always thought bipolar was something bad and crazy.”

“At the age of 22, I got in another hard place of dealing with a lot of stress and more loss in my family,” Reanna said. “My anxiety got real bad…I had an anxiety attack for three weeks straight, and I was at the point I could not take it anymore…And I contemplated suicide again but knew that was not the answer…Depression creeps up on me all the time. I’ve just learned new ways to cope and get myself back up again.”

“Depression isn’t something that just goes away overnight. It takes time to cope with your battles.” Reanna Poynter

Although her mental health journey has been a difficult road, Reanna explained that there has been many turning points throughout her battle with depression, as well as many individuals who have helped her to persevere. 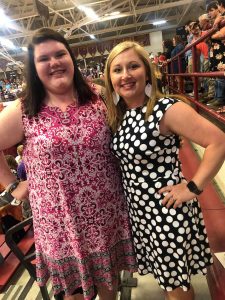 Reanna Poynter, left, credits support from family and friends like Jennifer for helping her persevere through depression and anxiety. Photo submitted

“The first time, I didn’t see my turning point at first, but I knew I had to be strong for my mom and my granny,” Reanna said. “That was my first turning point. The majority of all my turning points have been friends, my baby cousins, my family, but my most recent turning point was my job (at Spectrum Care Academy) and all the girls we house. They keep me going. They keep my head above water. They push me as much as I push them. Each turning point, I asked for help when I got to the point I felt like there was nothing else I can do for myself.”

“I have had an abundant amount of support from family and close friends,” Reanna added. “I would talk to my family everyday when I got committed (to the hospital) the first time. I’ve had my family’s support ever since. The last time, in March of this year, I had so many friends who called in and checked on me, called me when I got out, and who are just there for me when I need them. I couldn’t ask for better friends and family to help me through the rough times.”

Although she has received a tremendous amount of support, Reanna knows that there are still many misconceptions about mental health.

“As a society, we don’t address mental illnesses like we should,” Reanna said. “We tell people to push it in and just get over it. (But) it’s not something we can just get over…Bipolar isn’t “the crazy people.” It’s the ones who have chemical imbalances that can’t necessarily control their emotional swings.”

For those who may have a loved one battling depression or another mental health disorder, Breanna said that it’s important to recognize the signs.

“There are also multiple signs to look for in your loved ones,” Reanna explained. “Irritability is the biggest sign, pushing themselves away from others, isolating themselves. Everyone has different signs. Most carry their baggage well and put on a great mask and go about their day smiling and laughing, but silently dying inside. They could be more irritable than usual. They walk away from crowds when they normally don’t. All signs are different. Just know your loved one, and watch for the smallest difference in them. Ask them if they are okay. Tell them you’re there for them and you love them.”

To anyone struggling with a mental health condition, Reanna extends support of encouragement and hope.

“The best advice I can give is to not give up, no matter what,” Reanna said. “Fight everyday for yourself. Fight for your purpose in life. Find your people and rely on them. Everyone loves you, and everyone is there for you. You might think you’re replaceable, but you’re not. Your mental illness does not define who you are. Wake up every morning, have a positive outlook, and don’t let all the negativity get to you. Push forward and barge through the walls standing in your way.”

As for Reanna herself, she stated that she will continue to rise to the top.

“Everyday is a battle, a new battle, but it’s a battle that I can overcome, that I will overcome, and that I am overcoming,” Reanna said. “Depression isn’t something that just goes away overnight. It takes time to cope with your battles…I have my rocky days. I have my lows. Everyday isn’t sunshine and flowers. Some days are just dark and rough, but I’m doing great having this job and these girls (at my job) to fight for. I learn new skills everyday to deal with the rough days.”

“The only place to go from here is up,” Reanna added. “No turning back. Keep pushing forward. Push through those walls in front of you, and knock them down!”

For additional information about mental health, visit the National Alliance on Mental Illness at www.nami.org. The National Suicide Prevention Hotline can be reached at 1-800-273-8255. 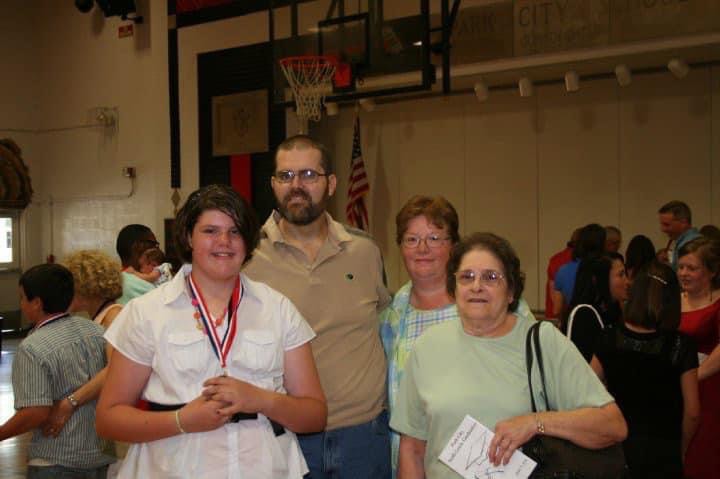 Reanna Poynter, left, was just 13-years-old when when she was first diagnosed with severe clinical depression. She is pictured here with her parents and grandmother. Photo submitted. 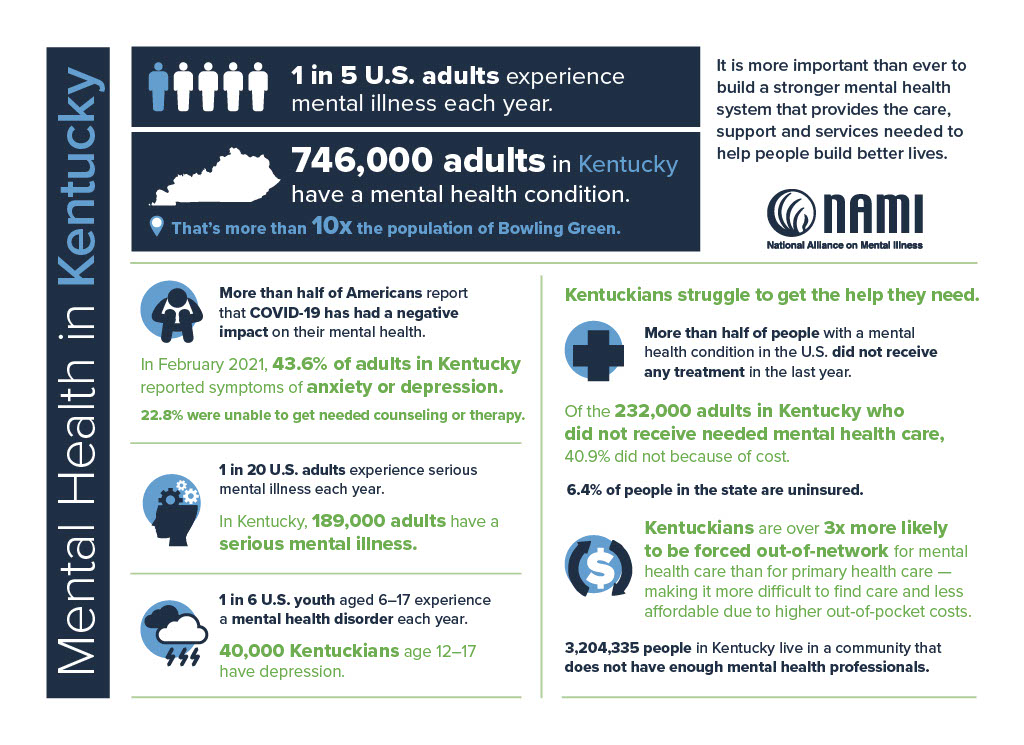 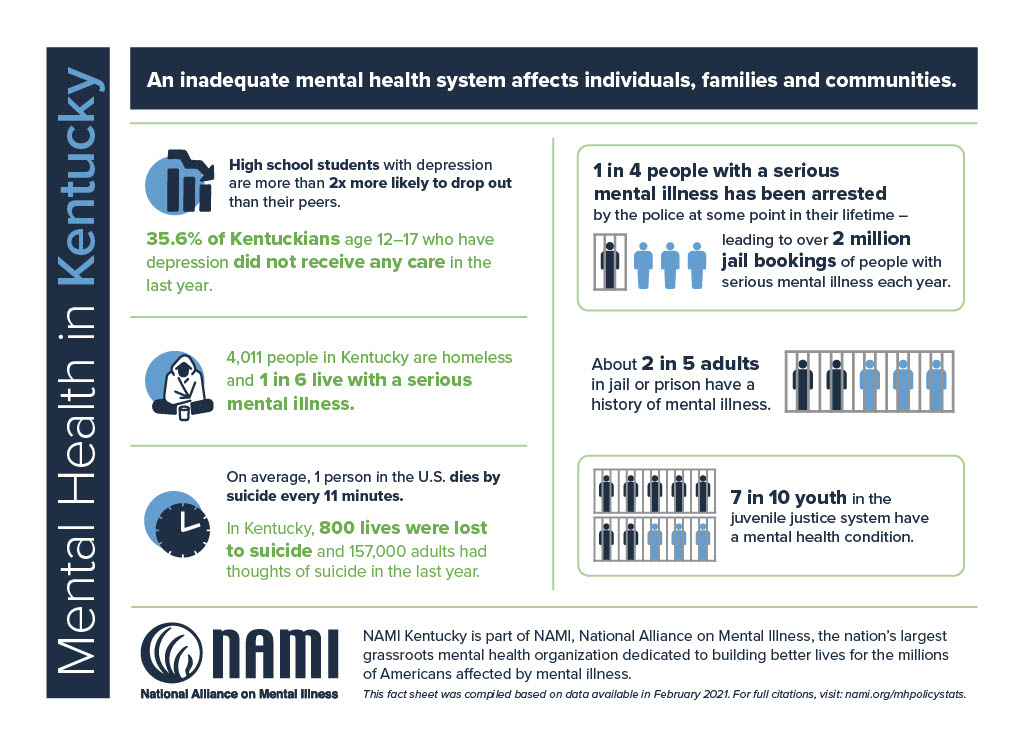