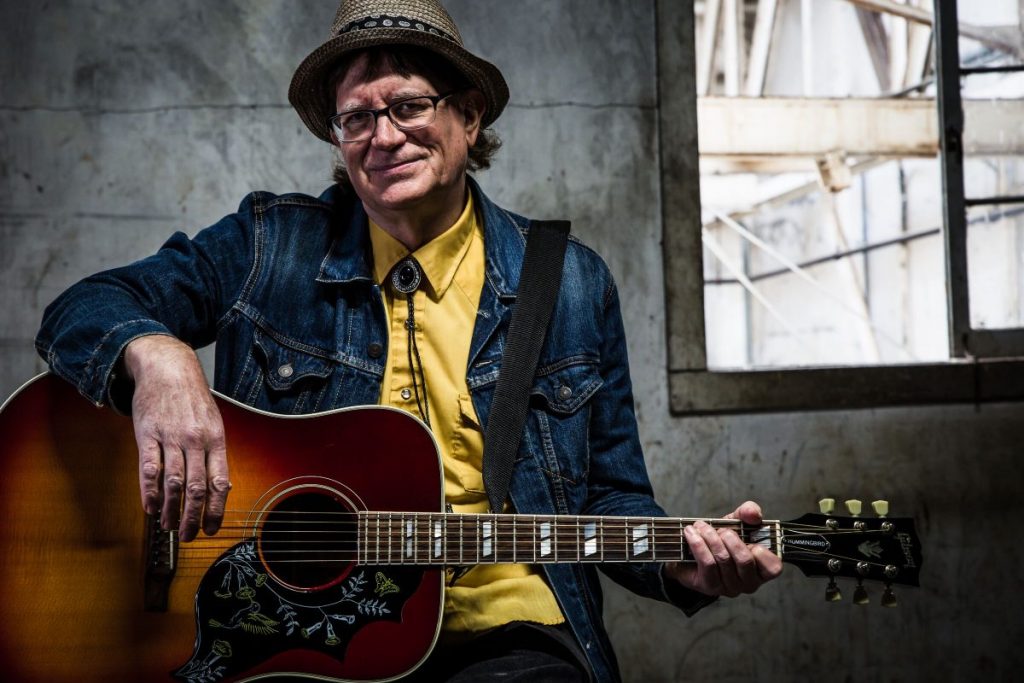 Recording artist Ned Hill is putting the finishing touches on a new collection of 5 hometown songs to the delight of his fans!  A Horse Cave native, Ned is well known locally for writing and recording music that brings back memories of growing up in the Hart of Kentucky.  In fact his followers, no matter where they are from, can identify with the lyrics of most of his songs.

On May 1st, Hill cut the new collection at Michael Webb’s Studio in Nashville .  He sang and played acoustic guitar; accompanied by his violinist, Tina Simpson with a little help on mandolin from Michael himself.  His style of music is a blend of Americana, Folk, and Rock’n’Roll.

Hailing from the Caverna High School Class of ‘77, Ned has lived his dream of being a musician.  In addition to being a great athlete and star basketball player, Ned was always writing songs and playing in a band somewhere.

He played basketball in college and majored in government, minored in history.  Then graduated from Western Kentucky University in 1984.  Although his education leaned toward him being a history teacher, his love of music took him in another direction.

His brother, Billy Mac Hill, who played in the band “Government Cheese”, was a big influence on him.  In 1990, he made the decision to be a  singer, songwriter and musician. For 15 years, Ned was in the roots rock band “Ned Van Go”, producing six full length records; and as a solo artist the past 4 years, Ned has recorded two full length records, his latest “By The Light Of The Radio,” made the Top 100 Americana Radio Albums Charts, coming in at #90!

This new collection of songs entitled “Hometown Ditty” is a nostalgic look at growing up in Horse Cave, Cave City and the surrounding area. Song titles include:  Country Rockin’, Small Town Poppin’, Low Down Saturday Night; The King of Henrytown; Larry Wilkins & the Great Train Derailment of ‘66; You Wanna Bet; and Ol Miss Grady’s Candy Store. Hill records on the WhistlePig label out of Detroit, Michigan.

The babyboomer generation will remember that Ned and his three brothers and sister were the children of Dr. and Mrs. Keene M. Hill from Horse Cave.  Sadly, his father passed away in 2006, but his mother is doing well.  Ned has lived in Nashville since 1998.  He enjoys coming home to visit and is always open to performing at local venues.

Set for release sometime in late June or July, Ned’s followers, along with the curious, will be able to find ‘Hometown Ditty’ through his facebook music page (link below). This limited collection will not be available at this time through the normal streaming and download services, but will only be sold as a CD. To keep posted with updates on the new record, simply ‘like’ his Facebook music page at www.facebook.com/NedHillUSA.