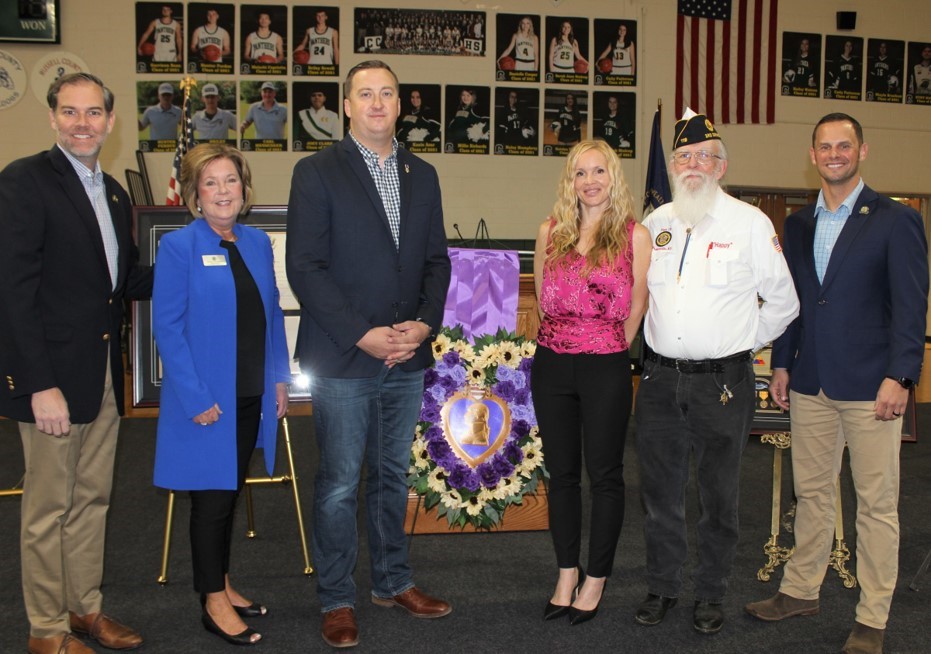 Three Cumberland County Kentucky brothers were honored in Burkesville on Saturday, April 24, 2021, at the Cumberland County High School. The Parrish brothers (Barney, Taylor, and Watson) enlisted in the U. S. Army to serve during World War II. American Legion Post 119 in Burkesville was chosen to be the permanent “Home of Honor” for the flags and medals the men were awarded. The organization Purple Hearts Reunited contacted Burkesville Mayor Billy Guffey in March and he connected them with Post 119 Commander Wayne “Happy Trails” Spears and worked with him to arrange a ceremony in the Parrish Brother’s hometown.

Major Zachariah L. Fike is an active-duty officer in the Vermont National Guard and a Purple Heart recipient. His mother purchased a Purple Heart medal as a gift for him at a Vermont antique shop in 2009. He decided to try and find the family of the owner of this medal and this quest eventually led Major Fike into establishing “Purple Hearts Reunited”. The group purchases medals at antique stores, online vendors, and pawn shops. They also receive medals from private citizens who want to see that the medals are returned to the recipient or his descendants. The organization also makes sure that each Purple Heart medal recipient is registered in the Purple Heart Hall of Honor. They have successfully enrolled over 1,500 recipients.

Once a recipient has been located, plans are made to either send the medal directly back to the owner or family or to establish a date and time to conduct a “Return Ceremony.” Purple Hearts Reunited travels to the veteran’s hometown or the home of their family to conduct the events. Federal and State representatives are invited to attend and families are given an opportunity to share memories of their loved one. If the organization is unable to find the recipient, the medals are given a Home of Honor such as a museum. The Purple Heart honor was originally instituted by General George Washington and then reinstituted by General Douglas MacArthur shortly before World War II. It is one of the highest awards presented and is often the last memento a family receives of a fallen loved one.

The Purple Hearts Reunited group were touched to see that three brothers from a small town in Kentucky enlisted in the Army to serve their country in World War II. Barney Parrish earned the Bronze Star and Purple Heart and died in January 1945, while serving in France. His brother Watson survived World War II but went on to serve during the Korean Conflict. He was seriously wounded by the enemy in South Korea on September 3, 1950, and returned to duty on September 9, 1950. He was killed in action while fighting the enemy in North Korea on November 30, 1950. Taylor survived his Army service and came home to raise a family in Kentucky. He suffered from the effects of the war and the loss of his brothers and passed away at the age of 61 in 1980. His daughter, Sheila Rankin was at the ceremony representing Taylor and shared memories of her dad. Barney left behind a daughter who was unfortunately unable to attend the ceremony.

Purple Hearts Reunited Operations Director Erin Faith Allen said a book and documentary movie is underway and will commemorate the brothers’ lives, heroism, and sacrifices. Major Fike’s efforts with Purple Hearts Reunited have been honored with various awards such as The Military Times Army Soldier of the Year in 2016-17. He was the first National Guard Officer to win this prestigious award. Fike had served over 21 years and has been decorated many times including two Bronze Stars and a Purple Heart.

American Legion Post 119 was very honored to have been chosen as the place to preserve the Parrish Brothers’ flags and medals. The awards are on display at Post 119’s new American Legion Hall “The Service Station”. Post 119 would like to thank the American Legion Cumberland County Auxiliary, Unit 119 under the leadership of Sharon “MisHap” Spears for putting on a delicious lunch (Including purple heart-shaped cookies) for the Return Ceremony. It was a community effort with lovely flower arrangements, including a large Purple Heart, donated by Sheffield’s Flowers and Gifts in Burkesville and the Cumberland County High School Patriot Group presenting the Colors. Honored guests included Max Wise, State Senator for District 16; Joshua Branscum, State Representative for District 83; Sandy Simpson representing Senator James Comer’s office; Burkesville Mayor Billy Guffey; Cumberland County Judge/Executive John Phelps, Jr., and several American Legion leaders. Also on hand were the Caretaker’s Riding Club from Russell Springs Kentucky.

For more information on Purple Hearts Reunited one can check out their website www.purpleheartsreunited.org. 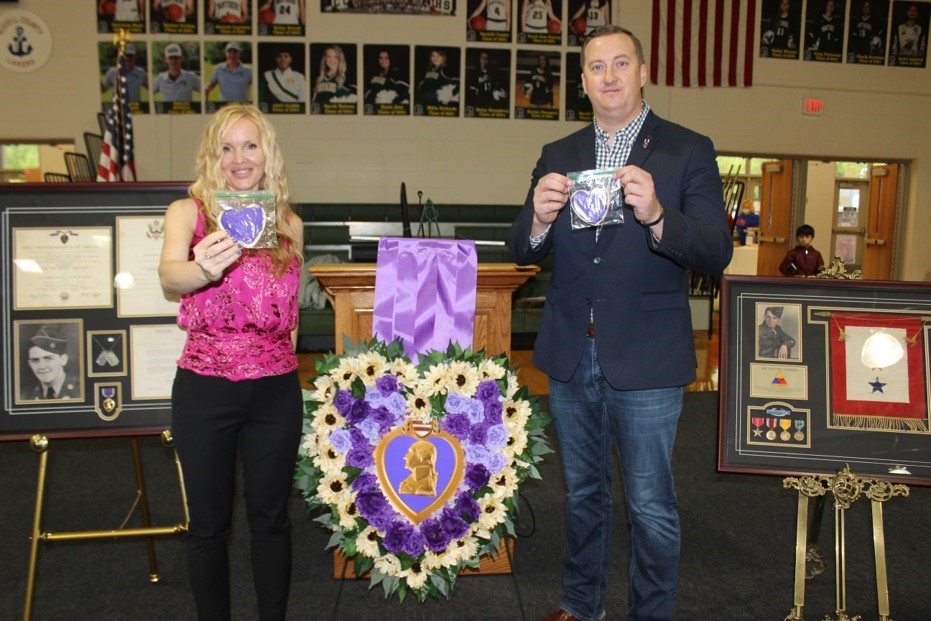 Erin Faith Allen Operations Director for Purple Hearts Reunited with Founder of PHR Major Zachariah L. Fike. They are holding up the “Purple Heart Cookies” made by a Burkesville resident. Photo by Chris Lagermann 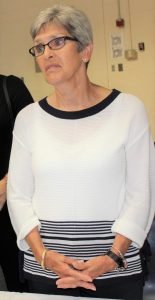