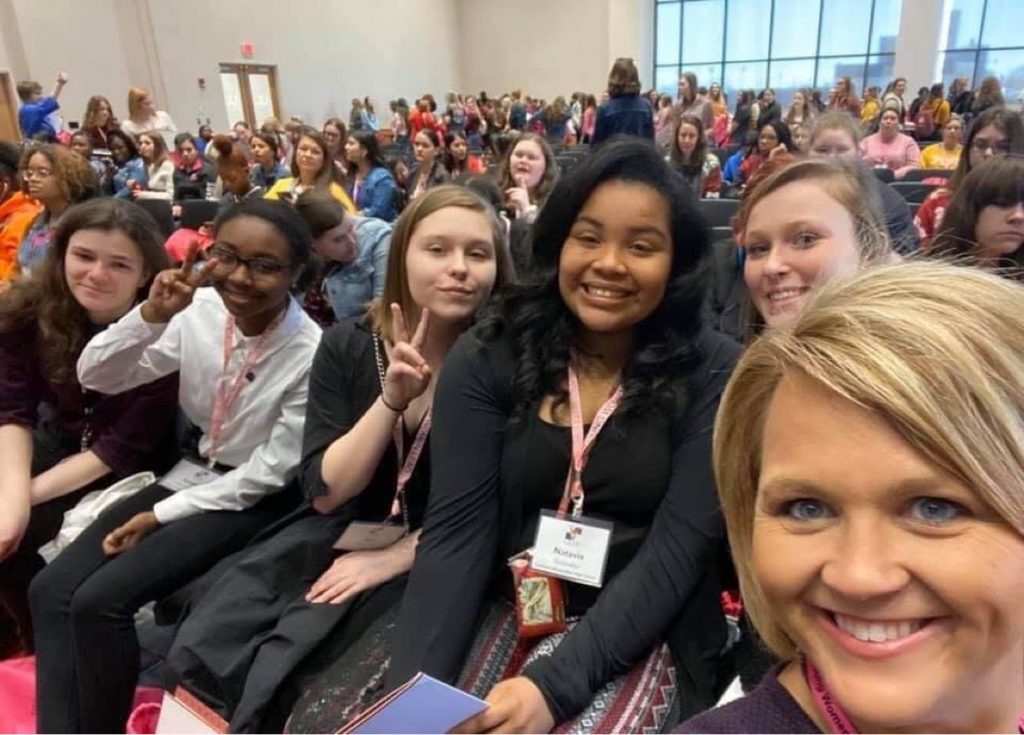 Caverna students attended a Young Women LEAD conference at the University of Louisville. With them is Asst. Superintendent Amanda Abell. Photos submitted.

A nationwide program called Young Women LEAD recently found its way to the students of Caverna High School (CHS), and the results have been astounding.

Launched in 2009, Young Women LEAD was created by a team of diverse female executive leaders in the Cincinnati and Louisville regions who were concerned about a lack of opportunities for high school girls to build confidence and leadership. Believing that all girls deserve to be prepared to face the challenges unique to their gender and generation, their idea blossomed into a national movement.

Two years ago, a group of CHS girls attended a Young Women LEAD conference at the University of Louisville.

“Those girls came back exhilarated about making a difference in our school and community,” said Amanda Abell, Assistant Superintendent. “They pushed through the pandemic and never gave up on their dream.”

Their perseverance paid off, and on April 23 they presented their orientation session.

They call themselves The Caverna Independent Queens, and their outreach is designed to inspire young women to empower each other, build each other’s confidence, and help each other reach goals.

“It’s been a game-changer for eliminating drama,” said Gifted and Talented Teacher Jessi Hampton. “They want to spread their knowledge further than just Caverna. They have plans and sessions planned for the future.”

Sophomore Natavia Gonzalez and freshman Kailyn Scott are two of the student members at Caverna.

“A group of us came together to create a way in which we could help empower other young ladies at our school,” Natavia said. “We wanted to show them that no matter the struggles they go through, they are still important and should love themselves for who they are. We want to give encouragement and support of our female peers.”

“As far as we have come with the events so far, we noticed a big positive impact on girls that we have talked and presented to,” Kailyn added. “Being in this group has also brought all of us together, forming a stronger, more powerful and unique bond. With many more of these plans in the future, our main goal that we are striving to achieve is letting other girls know that we are there for them and building each other up.”

Colisha Nuckols, Natavia’s mother and also CISD Board Member, was happy to show support and pride for the hard work and dedication of the girls.

“Caverna Independent Queens are changing the world, one queen at a time,” Nuckols said. “What a wonderful female-led organization that has formed here at CHS, with an emphasis on motivating and empowering young ladies to know their self worth and capabilities. I am so proud of the Young Independent Queens of Caverna. They have put in an exceptional amount of hard work to get the organization up and rolling. The pandemic did not stop them from making what was once a dream into reality. Our Queens have made a positive impact on CISD, focusing on bullying, negativity on social media, peer pressure, and all other negative influences that affect teens of this generation.”

Kailyn’s mother, Kenetha Scott, added that from a parent’s point of view, she loves that they are working together to improve the bond between girls and building each other up instead of tearing each other down.

“Not only are they helping others, but I can see a difference in them and how they see themselves,” Kenetha said.

The group meets each day during study hall and is open to all high school girls. 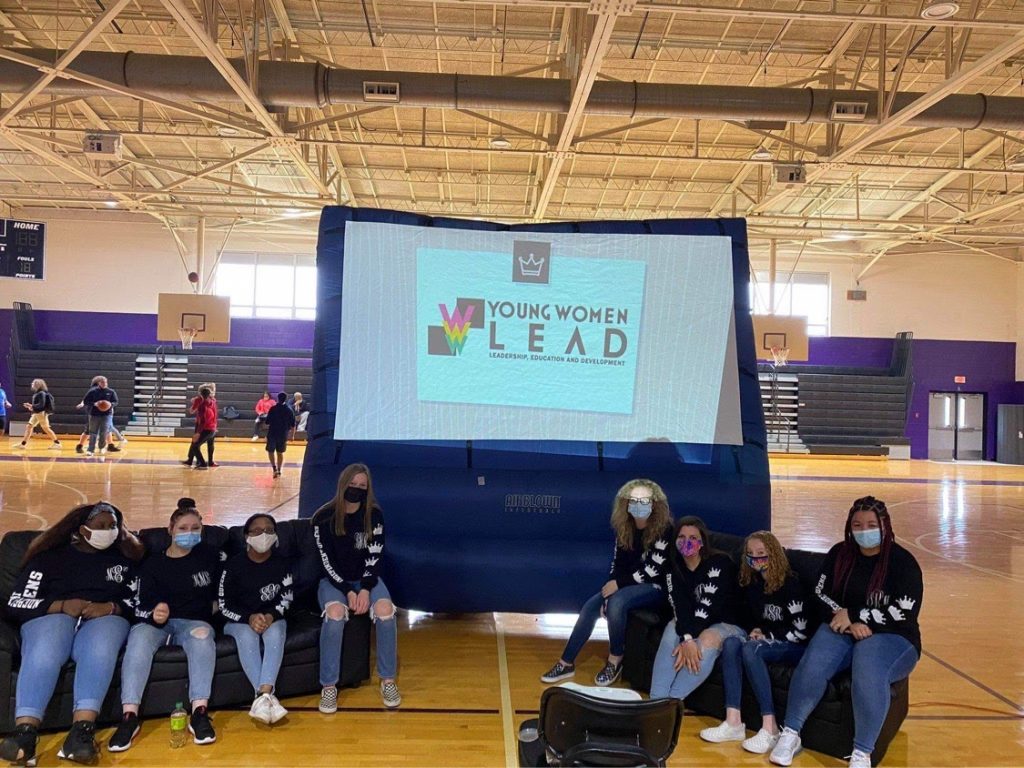