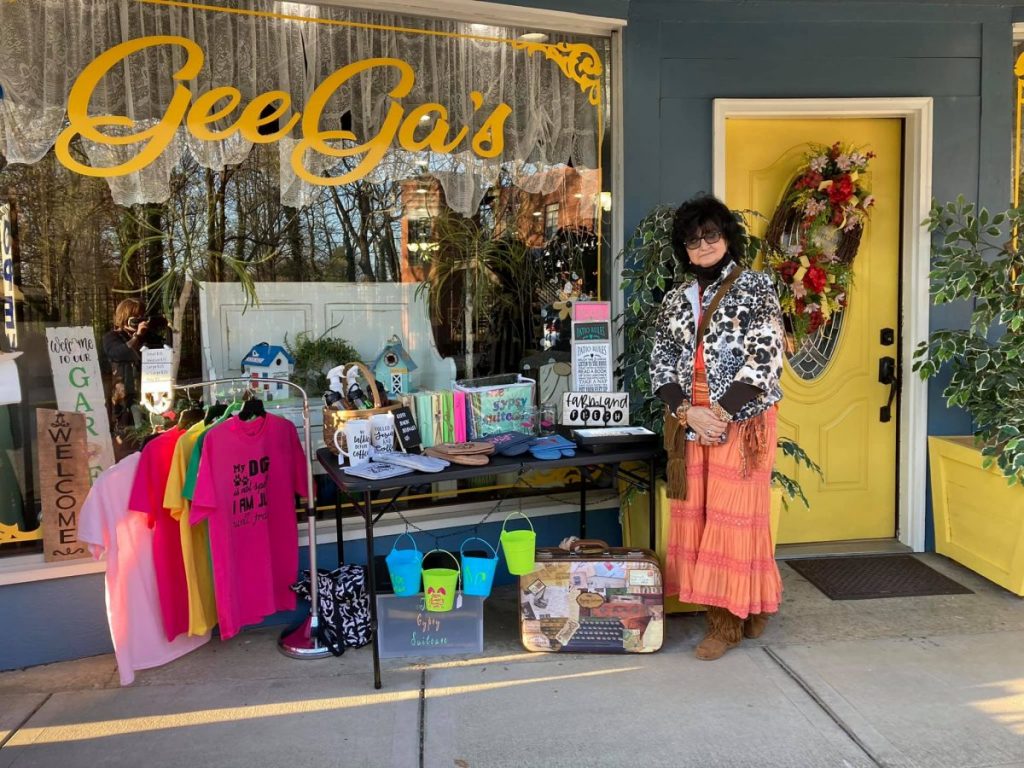 If you’re looking for something to do on a Friday night, then it’s time to mark your calendar and plan a trip to downtown Horse Cave.

After a year-long hiatus in 2020 due to the pandemic, Horse Cave to the Nines is back.

During this event, businesses and restaurants in the Horse Cave area stay open until 9 p.m. on the first Friday of each month from now through December.

Food trucks and other vendors selling merchandise are also set-up during the event.

Emry Riley, along with other event organizers, is hoping to make this year’s Horse Cave to the Nines better than ever before.

“We want to give people here, not only locally but also tourists…something to do and experience on a Friday night here in downtown Horse Cave,” said Emry, who is also the owner of A Walk Through Time Antiques.

This year’s first To the Nines event was held on April 2. Emry said it was a great success.

“2019 was our first year (of To the Nines), had great success with it, and then obviously COVID hit us last year, so we didn’t do anything then,” Emry said. “But it was the right time to start it back this year, and it’s good to see all of the people that we haven’t seen since 2019.”

“The first one back this year (in April) was a tremendous success,” Emry continued. “We had a ton of people that showed up. I don’t have an exact count, but I would say there was well over a thousand people here for the very first one this year.”

Riley added that Horse Cave to the Nines is a great way to spotlight local businesses, as well as local crafters, especially for those who may not get a chance to shop downtown during the day.

“It (this event) makes you feel really good because as a store owner, a small business owner in the downtown area, we’ve worked really hard to try to first off get new businesses to come in, which I think we’ve done a really, really good job of,” Emry said. “Now, over three quarters of our buildings are filled with good, quality businesses. So whenever you have events like Horse Cave to the Nines, you are able to put on a really good show where people are able to come by and spend an entire afternoon or night with us and be able to find some really great merchandise at really great prices and get that one-on-one experience that you can’t get from a bigger city. As a small business owner, it feels really good to see these streets full and people having a good time.”

The next Horse Cave to the Nines event will be Friday, May 7. All businesses in the downtown area, including boutiques and Hidden River Cave, will be open until 9 p.m. Small business vendors and food trucks will be set-up along Water Street.

For more information about the monthly event or to reserve your spot as a vendor, contact the Horse Cave to the Nines page on Facebook or stop by and see Emry at A Walk Through Time Antiques. 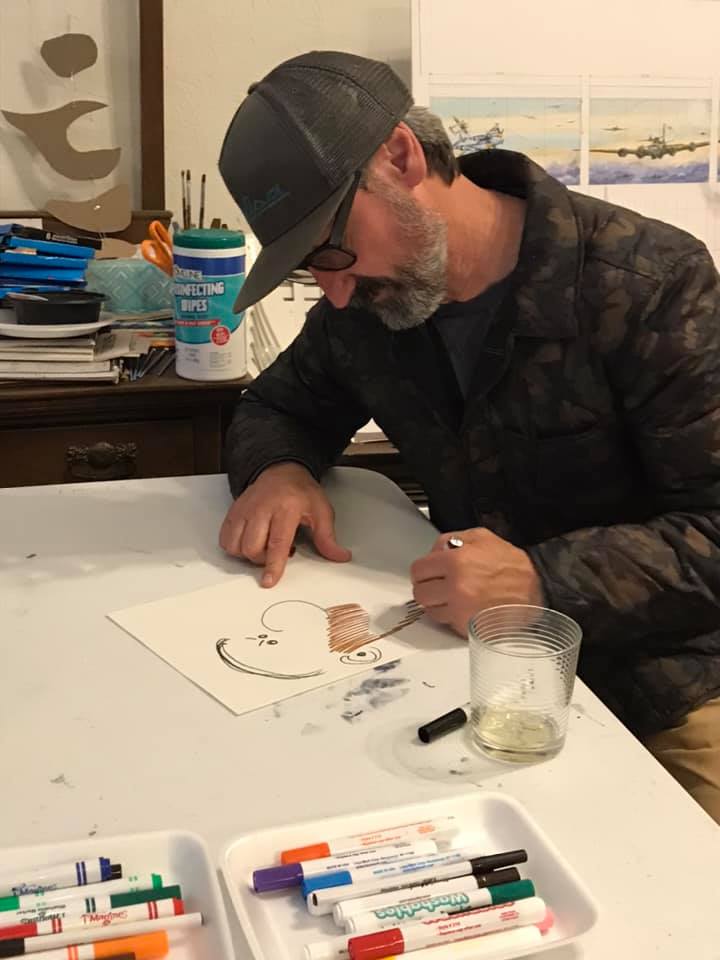 Fun was had at Sims Studio and Art Shop during April’s Horse Cave to the Nines event. Mike Wolfe of the “American Pickers” show stopped by to create some art of his own. Photo/Jennifer Sims.