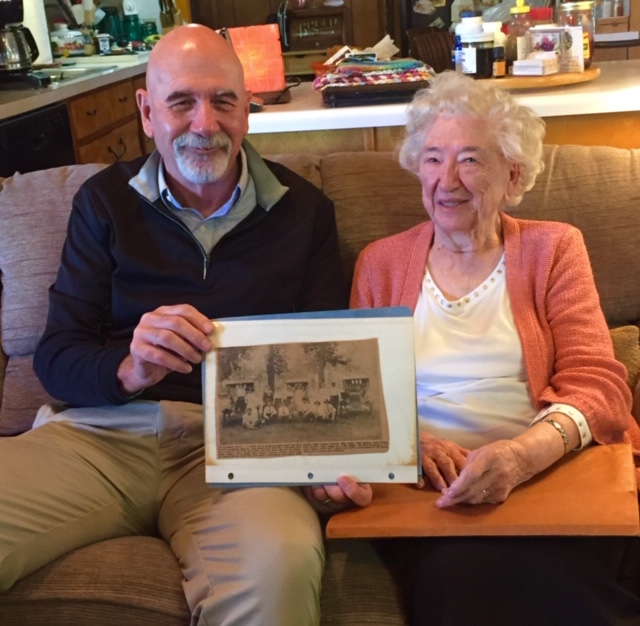 While preparing for the Homecoming of Howard Scott Magers, I have reached out to many people that I thought would be interested in attending a military honors ceremony conducted by the United States Navy. One friend, Mike Ernst from Louisville served in the Navy, as did his son, Philip.

In conversation with Mike, he related to me that his neighbor was a “Magers from Glasgow” and he was saddened that she recently passed away at the young age of 100. He remembered vaguely that she had a nephew named Jeff Magers who taught at the University of Louisville.

That name was familiar to me and it just took a couple of text messages until I received a reply that “Jeff’s middle name is Scott, and he was named after your guy.” Imagine the excitement when I connected with Jeff and his wife, Pam to learn his story and how he was named after Howard “Scott” Magers who perished aboard the USS Oklahoma at Pearl Harbor on December 7, 1941.

Jeff’s Grandfather, Earl Magers was born in Merry Oaks and lived there until he died in 1940. After his death, his widow, son (Stanley), and daughter (Ollie) moved to Louisville. His son, Stanley joined the Army Air Corp, the legacy service of the U.S. Air Force in 1941, the same year as Scott. He served from 1941 to 1945 and returned to Louisville. In 1952, Jeffrey Scott Magers was born; yet, it would be many years after his parents’ deaths before he knew of his Father’s insistence that his middle name be Scott.

Jeff would follow a similar military path, serving in the U.S. Army for 25 years, four years on active duty, and twenty-one in the National Guard and Army Reserve, retiring as a Lieutenant Colonel.

While serving in the military, he served the community of Jefferson County and retired from the Jefferson County Police Department. While serving as a reservist and a police officer, he earned a doctorate degree and over the years he has taught criminal justice, homeland security, and emergency management at several universities.

Jeff has always observed Pearl Harbor Day and each year, on December 7th he teaches his students a history lesson about Pearl Harbor and the significance of protecting the U.S. Homeland and of national security preparedness. About twenty years ago, on a whim, he decided to search the names of the dead and missing at Pearl Harbor for anyone named Magers. He found the name of Howard Scott Magers. At that time, he did not know the relation.

Eventually, he spoke with his Aunt Ollie and inquired about the name. It was then that he learned his father had insisted that his middle name was in memory of Scott.

“I was shocked and bewildered. Why had my parents not told me the story about Scott?” He asked his aunt. She speculated that perhaps they shielded him because as a child he built model Navy ships and had a keen interest in joining the Navy. Perhaps they were fearful that Scott’s death would be a deterrent to him pursuing his dreams.

Aunt Ollie told Jeff that Scott was a fine, young man and she talked of how the family loved and missed him. If only she had lived a few more months to know this Homecoming Day had finally arrived.

Last week, Jeff and his wife came to Merry Oaks to visit the Cemetery where Scott’s marker has been placed and to meet Betty Magers, a sister-in-law to Scott. They talked for hours and shared many photos and memories. It was an overwhelming experience.

Jeff continues to be amazed at the enormous blessing this has been as Scott’s homecoming has united him with members of his extended family and Scott has become real to him as he learns more about his life in Merry Oaks.

On May 29, 2021, Jeff, Pam, and their son Brad will participate in the services honoring Scott. They are thankful that he is no longer listed among the missing and no longer in an unknown grave.

Jeff serves as mayor of the small suburban City of Bancroft in Louisville and at the May city commission meeting, he will ask the Commission to declare May 29, 202, as Seaman 2nd Class Howard Scott Magers Day of Remembrance as Scott played a role in one of the most consequential events in U.S. history. He was destined to be in a place, in the year, when the world changed forever.

As we remember and honor his sacrifice, may we also remember the 2,390 others that perished that day. May God bless the memories of all who have perished, bless those who have served, and bless all who are serving our Nation.

Note: Scott Magers will be interred in Merry Oaks United Methodist Church Cemetery on May 29, 2021, at 2:00 p.m. The public is invited to attend. A large tent and chairs will be available with transportation available from parking areas to the cemetery. 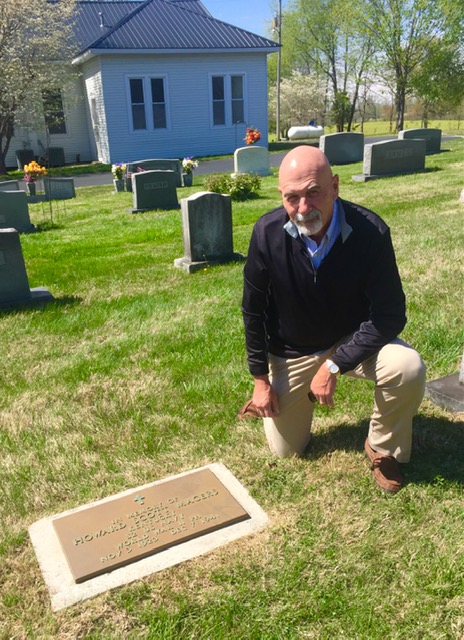