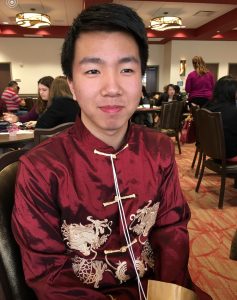 Ruben the day he moved into WKU. Photo courtesy of Debbie Biggers

When GHS graduate and WKU student Rubeun Tang first settled in Glasgow at the age of 6, it was a far cry in many regards from his familiar upbringing in Chinatown, NYC.

“I was born in the Chinatown section of Manhattan but moved to Glasgow when my parents Yue Rong Li (mother) and Zhen Tang (father) responded to my relative’s ideas of starting a Chinese restaurant in the Barren County community,” said Tang.

However, before long he came to know Kentucky as home and started enjoying many aspects of life in the Bluegrass. His favorite part of the Kentucky experience is its natural wonders, peaceful atmosphere, and warm people.

“In my experience, Kentucky has warm people, the kind who can brighten up your day and become your light! Despite that there is stereotype or this “perception” of southern hospitality, I really do think residents in Kentucky show immense kindness, warmth, and are welcoming of visitors,” said Tang.

Amongst those warm people are Debbie and Mark Biggers, who could accurately be described as Rubeun’s second family.

“I met the Biggers Family at uneven intervals during my life,” he said.

Tang first met Mark Biggers when he was his middle science teacher.

“I thought Mark was the wisest above and below the heavens. He responded to every question, taught class with the energy of an eccentric man, and above all, he was friendly, selfless, and genuine, and that’s why I respect the heck out of him,” said Tang.

It was several years later after Tang graduated from Glasgow high school that he met Mark’s wife Debbie.

“It was one fateful day during my summer job as a busboy at Gondolier,” Tang reminisced.

“I first approach their table as I quite missed Mark and his musings, and as it turns out, it was one of the greatest decisions of my life. You see, as a freshly graduated high school who planned to attend Western Kentucky University, I was deathly afraid of the idea of college and of Bowling Green, a foreign city beyond my understanding.”

Tang told Debbie of his angst, and she responded kindly and told him that if He wanted he could contact her and Mark for help getting adjusted to his new campus life.

“It was a mother’s instincts,” Debbie recalled. “You could just tell how nervous he was. I gave him my number. Mark said he’d never call, but I said ‘oh yes he will’.”

As it turned out, Debbie was right. They helped Tang move into his new dorm shortly thereafter.

“It was as if she descended upon my life like an angel with the most wondrous set of white wings, each feathered represented the kindness she has in her heart. Needless to say, she taught me about life, college, work, family, and almost everything else,” said Tang.

“Rubeun has a warmth about him, he’s very special. Everyone who meets him sees it,” said Debbie.

“There is no question that Mark and Debbie Biggers are two of the most important people in my life, and perhaps several lives after as well. They took me in, a naïve boy who did not in the least understood how the world worked. They instilled courage in me, they believed in my future, and now here I am, writing about how grateful I am to them. Truly, you cannot find a cooler family than the Biggers,” Tang said.

Even though he has been engrossed in his studies and focused on what will surely be a bright future, he takes time to visit and often spends holidays with them. They take the time to be there for Tang for all of his milestones. Another significant milestone is just around the corner: WKU graduation.

Tang has accomplished many things.

“The opportunity for international study and a diverse campus community attracted me to WKU,” he said. “I was eager for a chance to go abroad and to learn about different cultures. I mean what could be more exciting than that? At WKU I am double majoring in Architectural Science and Chinese.

“My interest in Chinese developed when I learned about WKU’s Chinese Flagship Program and the study abroad opportunities it provided. In this program, I met great peers and advisors who cared about my growth and believed in me. As they continued to believe in me, I went abroad and had numerous experiences that made me more confident as a person, a person with individual thoughts and ideas about the future. I learned how to interact with people from different cultural backgrounds, developed my cultural sensitivities, and made everlasting friendships for life.”

With help from the WKU Office of Scholar Development, Tang earned nationally competitive scholarships to fund study abroad experiences in the International Chinese Language Program at National Taiwan University in Taipei, Taiwan; the year after, I journeyed to Taiwan once again for an internship with architectural firm Kris Yao Artech in Taipei.

He added that his college experience to help to build his self-esteem, self-acceptance, and understanding of his place in the world.

Tang is now a Fulbright Scholar.

“I feel like I accomplished something significant in my life. The gears are turning, my heart’s beating a little faster, and I am feeling blessed to have this opportunity. I view this opportunity as more than just a scholarship, it’s a potential life-changing intercultural exchange experience. To learn about another country’s culture, customs, food, music, and religions. I am beyond excited,” he said.

His family and his second family are proud of him.

“I mean, what an absolute honor. To come to Glasgow as a kid, grown up, and become a Fulbright Scholar is an amazing journey,” said Debbie. “He has worked so hard, and has been so disciplined.”

Exiting WKU, Tang will move to Seoul, South Korea to attend Seoul National University or another renowned university in South Korea for a degree in Peace & Conflict Resolution.

“My long-term goal is to work for the Foreign Service with United States Agency for International Development (USAID). I envision a life in public service, where my leadership could create real and sustainable impact to make a measurable difference in the lives of others,” said Tang.

In the short term, he is looking forward to the journey itself.

“I am looking forward to the cultural exchange, challenging studies, and the trailblazing opportunity to travel around Taiwan,” Tang said.

However, no matter how far he travels he will never forget the friendships, connections, and family like he found in the communities of South Central Kentucky.

“They (the Biggers) hold a piece of my heart, and I would travel across the world to see them,” said Tang.

As far as advice for anyone embarking on a collegiate journey, Rubeun has this to say:

Life is an adventure, a series of self-discoveries or several written chapters on a neat bookshelf, it’s about finding purpose, the north star I call it. 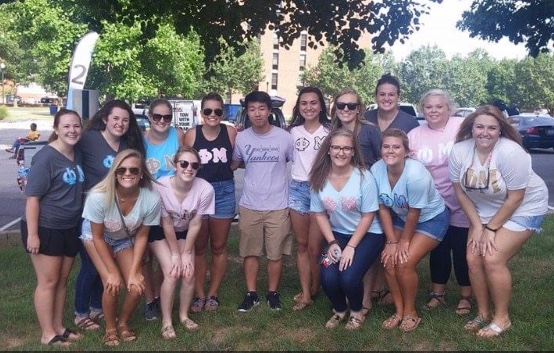 Ruben Tang, GHS graduate, and Fulbright Scholar, WKU. Tang moved to Glasgow when he was six years old, and is preparing to go abroad to further his studies. Photo courtesy of Debbie Biggers 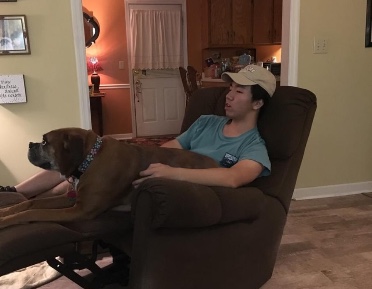 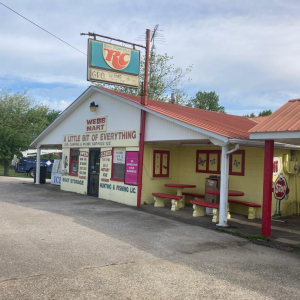 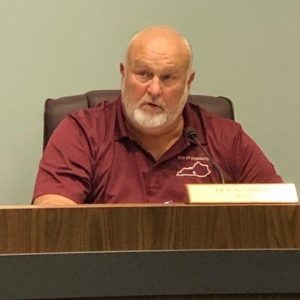