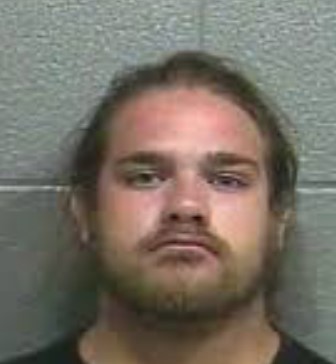 Glasgow man Brendin Vonbrandt has been arrestees after breaking into a home and destroying at least $2,000 of damage after pouring paint on the owner’s belonging.

The Glasgow Police Department (GPD) responded to Bryan Street after a complaint of a window being broken. Upon arrival they discovered Vonbrandt.

He had entered the house and poured paint throughout it. The motive is suspected to be personal. Vonbrandt was arrested and charged with Burglary 2nd Degree, Possession Drug Paraphernalia, Disorderly Conduct 2nd Degree, Menacing and Criminal Mischief 1st Degree.