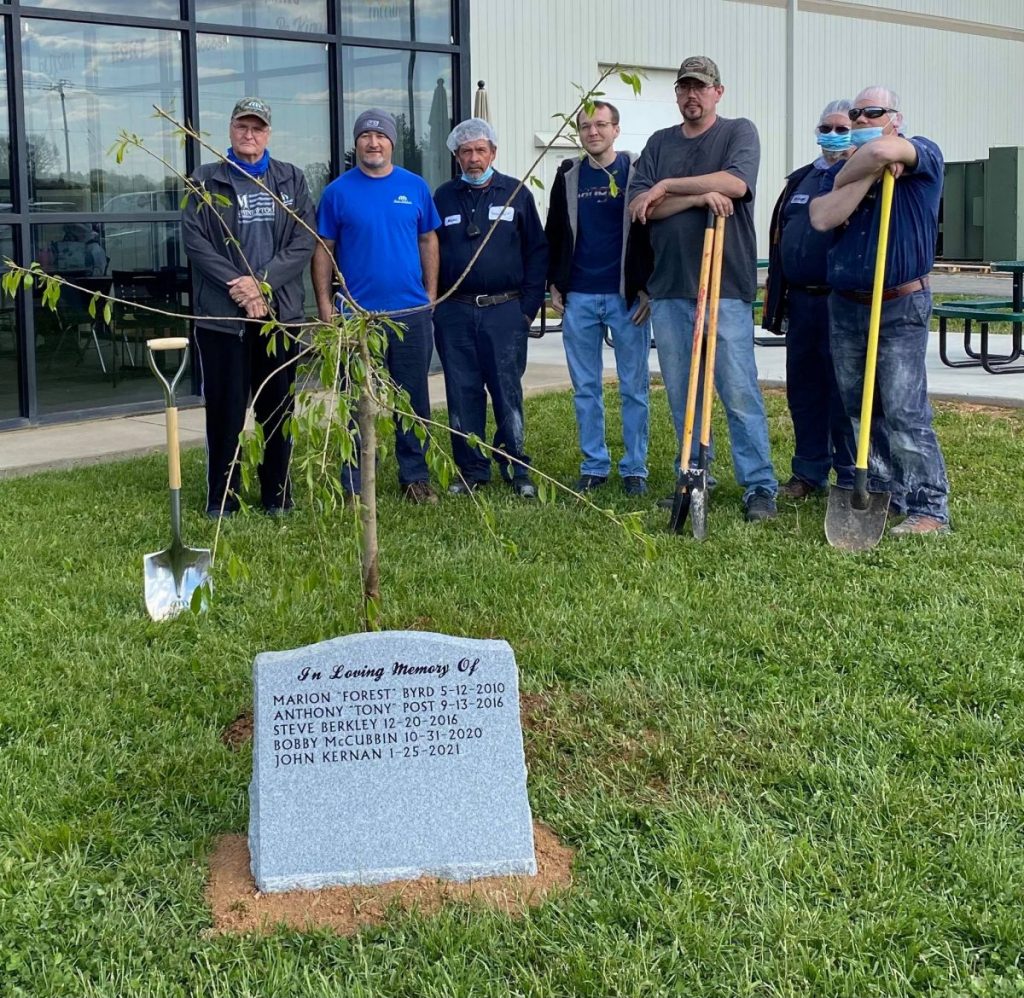 Sister Schubert’s planted a tree and placed a stone on the property to honor the memory of employees who have passed away. Pictured, from left, are Barry Bennett, Mark Chapman, Marvin Self, Ethan Sanders, Allen Morgan, Darrell Higgason, and Tony Lile. Photo submitted.

On April 22, Sister Schubert’s in Horse Cave held a special ceremony to honor the memory of employees who have passed away.

During the ceremony, a tree was planted and a stone was placed with each employee’s name.

Previously, names were on a small plaque in the main hall. However, Human Resources Manager Shirley Pettit stated that a larger memorial was requested to honor those they consider their “lost family members”.

“We recently lost two family members that actually worked in the same department,” Pettit said. “Ronnie Smith, the plant manager, challenged us to come up with an idea to remember those we lost.”

Such a special sentiment like this is nothing new for Sister Schubert’s employees. Pettit said that everyone at the plant always comes together to help one another.

“Our associates have always gone above and beyond for each other,” Pettit explained. “They do benefit dinners to raise money for associates out on a medical leave. They have also purchased Christmas gifts for the family of one of our lost family members.”

“It was an honor to set up this memorial,” Pettit added. “Our family members are gone but never forgotten.” 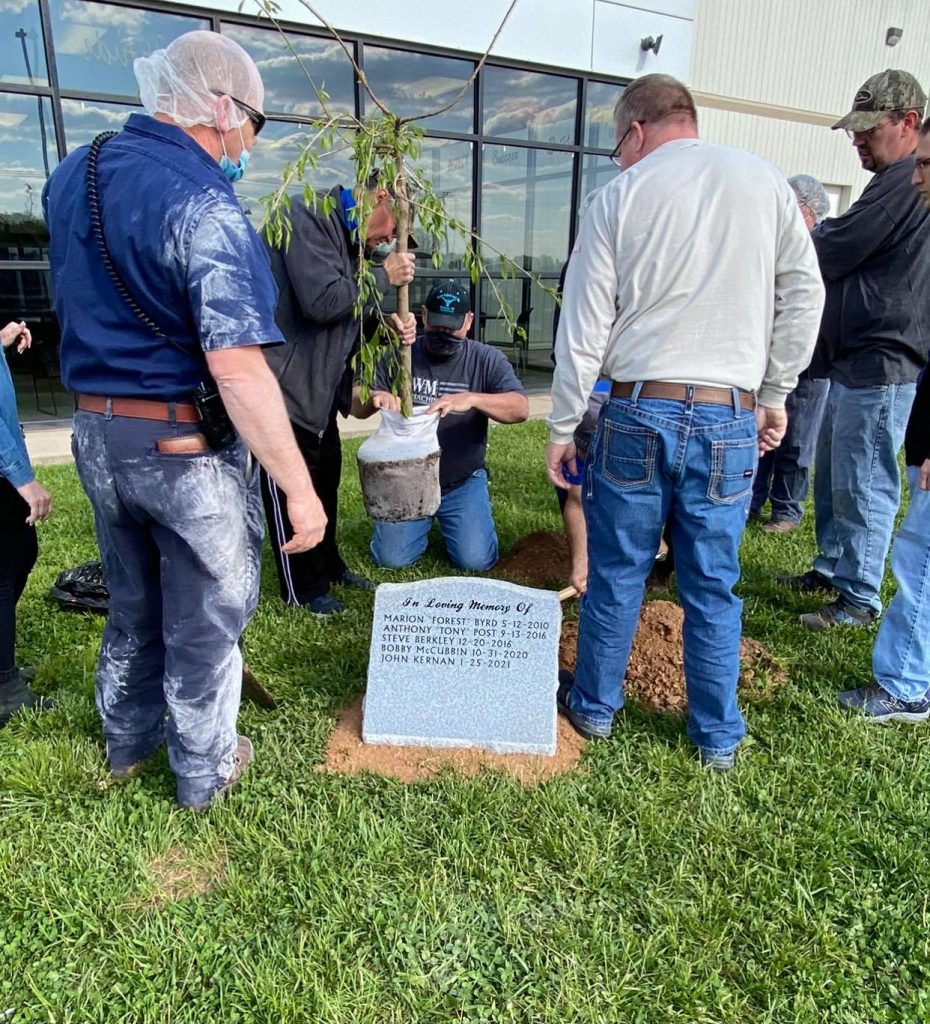 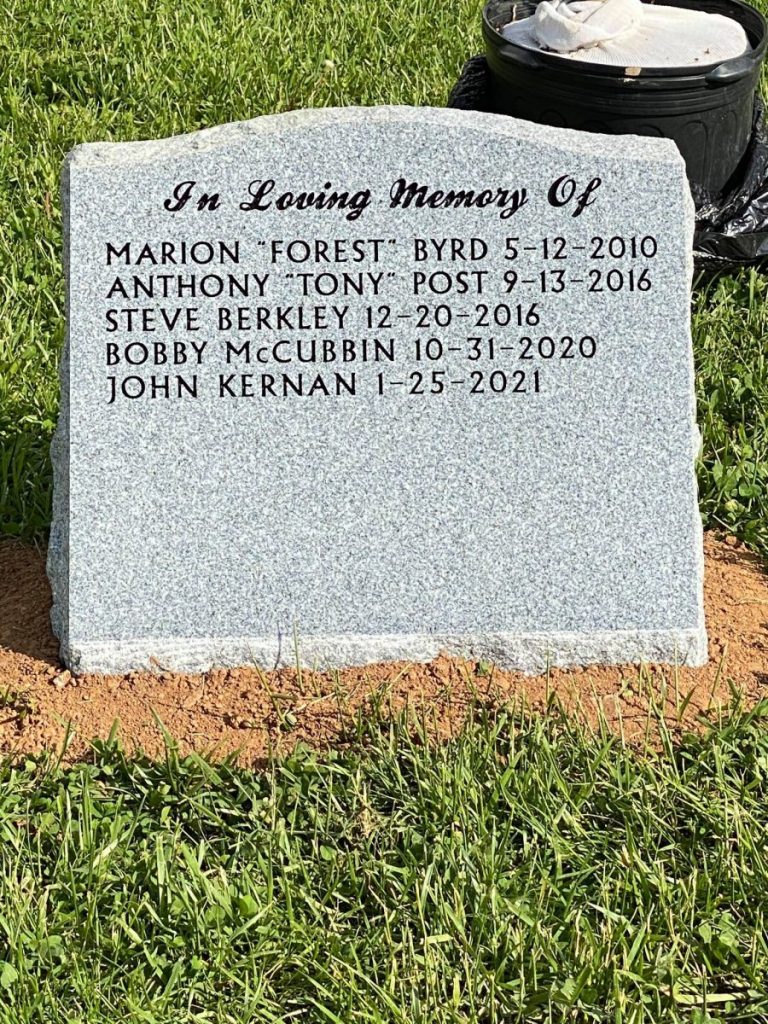 A stone was placed on site at Sister Schubert’s to honor employees who have passed away. Photo submitted.