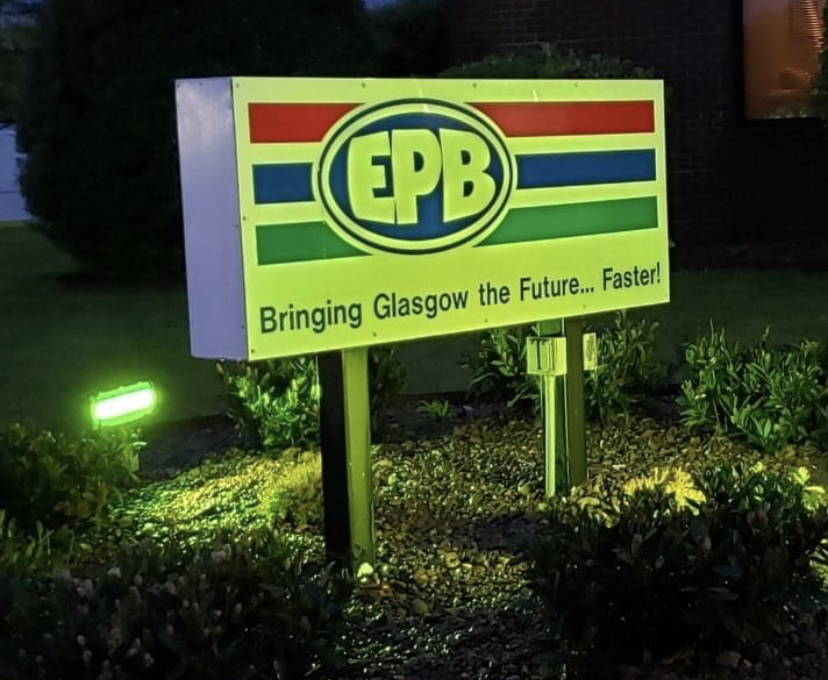 Billing system known as “Infotricity” is planned to be discontinued soon

On April 27, the Glasgow Electric Plant Board (GEPB) met in session via teleconference.  Their rate team has worked with the Tennessee Valley Authority (TVA) to do away with the fluctuating rate scale involving peak charges (Infotricity) and establish base rates for residential and small commercial customers.

Board member Libby Short was not in attendance. However, with Chairman D.T. Froedge and members Marlin Witcher and Glenn Pritchard in attendance, a legal quorum was permitted and the proposed changes passed with no dissension

Rate System
The meeting centered upon rate discussions and an agreement to be made between the GEPB and the TVA.

Froedge stated that GEPB staff Melanie Reed and Josh Francis had been in negotiations with the TVA to reach an agreement regarding the rates wanted by the GEPB.

“Basically what we’re looking at doing is the residential customer charge will go from $31.97 to $25.54 for the residential customers,” Francis explained. “All time of use and coincident charges for those customers will go away. It will be a flat rate that will be basically around 10.3 cents (per KWH) on average. It will be seasonal, so you will have a winter, a summer, and a transition. You will still have those changes, but the CPD portion of that is gone as well as the type of use component on and off fee.”

To lower this rate as stated, this kilowatt hour (KWH) rate will include using a portion of the TVA 3.1% partnership credit.

“Customer charge on that lowers from $56 on the variable rate to $42 all-time of use and coincident charges,” Francis said. “…The same thing basically that the residential rate does except they’re a little higher. They’re around 10.6 cents a kilowatt hour. Medium and large commercials stay a hundred percent with that, the variable rate known as the infotricity rate.”

“Those commercial, basically those customers are already revenue neutral,” Francis continued. “They’re paying for what they use, and we’re getting our money back out of them. Because of that, what TVA is allowing us to do is take the whole of the 3.1 percent partnership credit that we get from the long-term agreement, and we’re applying it to residential and GSA1 residential and small commercial in order to knock their prices down.”

Chairman Froedge acknowledged the work that Reed and Francis put forth to TVA in retrospect of what the GEPB wanted.

“It doesn’t mess with the industrial rates,” Froedge said. “It lowers the base fee (customer charges) which is essential. From our discussions, it seems that they (TVA) are willing to drop this over a period of time to a lower number, which I’d like to see about $15, but right now 25 bucks is an improvement. It’ll be a while, but they like gradualism, and so we will do it slowly.”

The base rate is a bigger percentage of the total cost for people using the least amounts of power than those using the most, Froedge explained. “I’d like to see that further pushed down when it’s optional, but this is as close as we can get at this time.”

Reed then presented a diagram to the GEPB that displayed consolidated total revenue dollars by class.

“Residential and small commercials are going to see savings of about four percent, and the other classes will stay the same,” Reed said.

Reed then presented an “average bills” slide which compared the current, and proposed bills of residential, small commercial, medium commercial, and large commercial.

With the information presented, the GEPB approved to proceed with adopting the rate system that was proposed.

“By next month, we should be able to give you a definite effective date,” Reed added.

According to Hampton, the ordinance has specific definitions within it that would allow the ordinance to apply to the GEPB. The ordinance covers conflicts of interests with contracts and voting, not accepting gifts in exchange to influence a vote, the use of official email, social media in regards of personal profiles versus official sites, and open record requests.

Future Meetings
Chairman Froedge proposed that a change be made in future meeting formats. He stated that any board member who would like to meet in the board room during GEPB meetings can choose to do so. Zoom meetings would also continue for anyone who would like to continue meeting virtually, thus also satisfying the Open Meetings requirements.

After a brief discussion regarding social distancing and other protocol, the Board approved this change in meeting format.

The GEPB meets at 6 p.m. on the fourth Tuesday of each month. Meetings are open to the public and may occur via video teleconference.

GEPB meetings can be seen on EPB Channel 6 or on the Glasgow EPB’s Youtube page at www.youtube.com/user/GlasgowEPB