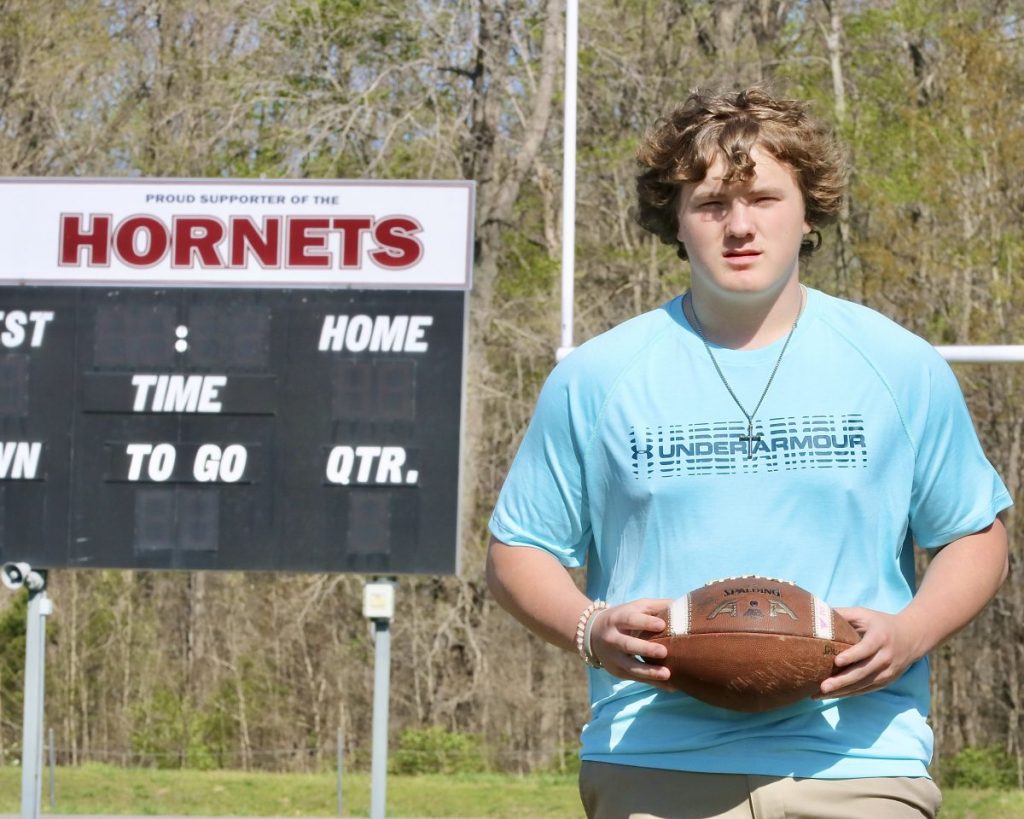 Hornet Football’s Tanner Jessie will have the honor of playing in the Hawaii Tike Bowl in December. Photo by Johnnie Tarter

Metcalfe County’s Tanner Jessie, son of Teddy and Angela Jessie, will get an opportunity of a life time later this year. After a selection committee saw football highlights, on Tanner’s Hudl page, a representative contacted him offering the opportunity to play in this year’s 2021 Tiki Bowl in Hawaii.

The Tiki Bowl is a football game where high school athletes, from all over the USA, have the opportunity to showcase their football abilities in front of several college coaches that attend the event. In 2019, Tanner got the prestigious honor of playing on the USA National Football Team, in the International Bowl held in Texas.

“There’s going to be coaches from several different colleges there observing. I’m hoping to just get my name out there and represent Metcalfe the best of my abilities.” Tanner says. His dad, Teddy, said he always wanted to go to Hawaii, never thought he’d go, but never thought in a million years he would get the chance to go to watch his son play football. “Me and my wife are so proud of him. We are extremely proud that he works as hard as he does.” The proud dad had to say.

Hawaii’s Tiki Bowl will take place December 18th – 23rd, with game day being on the 22nd. There will be expense for the family to make this journey so there will be some fundraisers coming up to assist with those expenses. Please monitor Herald News of any upcoming fundraiser events.