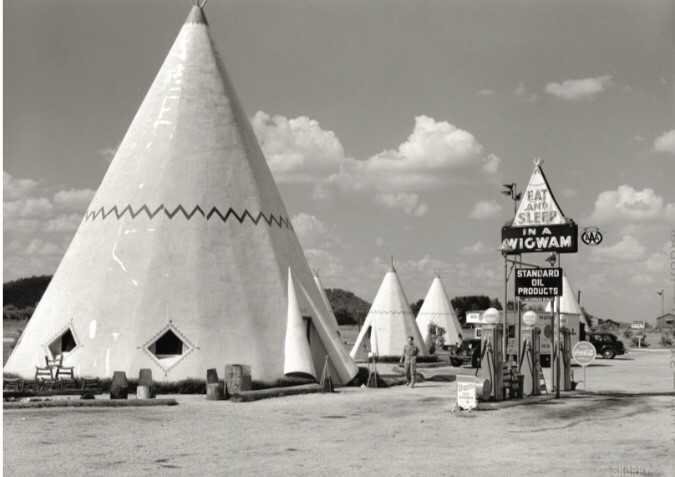 Wigwam Village No. 2 in its heyday. Photo provided by Keith Stone

Traveling down historic Highway 31W, you will find many attractions, roadside stops, and picturesque sights, but perhaps none is quite so unusual as the eye-catching and iconic Historic Wigwam Village No. 2 in Cave City.

It was last Labor Day weekend when it caught the eye of the new owners, Megan Smith and Keith Stone.

“Megan suggested that we take a road trip. We had not gone anywhere, really, since March. So she planned a three-day getaway, but I was unable to make three days work. So she told me to plan something. I procrastinated, and days before Labor Day I could find no campsites or cabins available,” said Keith. Then, he had an epiphany.

“I remembered I had visited Wigwam Village No. 2 some 12 years earlier. I found the phone number and booked Wigwam No. 3. When we arrived, Megan could not believe what she was seeing. I reminded her that it was for sale.”

Both Megan and Keith have a background in architecture, so naturally, a rare sight like the Wigwam Village was enthralling.

They decided they had to make it their own.

“We bought it with the goal of restoring the property to its 1937 grandeur, focusing on its storied history and place as a prime and pioneering example of roadside architecture and cross-commercialization,” Keith said.

Historic Wigwam Village No. 2 is one of only three surviving Wigwam Villages of the seven built around the country before 1950, in America’s golden age of automobile road trips.

According to the website, even former First Lady Eleanor Roosevelt wrote about it in one of her daily newspaper columns.

Their plans for renovations are extensive and adhering to the architectural integrity, and ambiance of yesteryear.

“We are going through each of the wigwams, installing new sinks, showerheads, lights, curtains, coffeemakers, flat-screen TVs, electrical outlets with USB-charging ports, and other appurtenances. We are deep-cleaning them, painting the interiors, and repairing a lot of woodwork. We have installed Wi-Fi that works anywhere on the property. We landscaped the fire pits and have done other landscaping. We plan to clean and paint the exteriors with the signature red zigzags and red caps,” he said.

They also have plans to replace the doors so they look like the original doors.

As for the large wigwam in the center, which they are calling BigWam, they plan to restore the interior.

“It has water damage but the fabulous, original counter that seats 30 is in good shape. We would like to lease it for a coffee shop. We know the community wants one and also a place to meet,” Keith said.

Perhaps the most iconic feature of Wigwam Village No. 2 is the sign out front, which reads “Sleep And Eat In A Wigwam”, and has long been in a state of ill-repair. The 84-year-old sign is now fully restored, reflecting its original glory. To celebrate the momentous occasion, as well as the site’s history and future, they are holding a sign lighting Saturday, May 1st at approximately 7 p.m. everyone is invited.

Wigwam Cake and Sleep in a Wigwam cookies will be served.

“The community, including elected officials and business people, have been so supportive of our endeavors. The Cave City Tourist and Convention Commission gets a big thank you for helping pay for the sign restoration,” said Keith.

Learn more about the history of the Historic Wigwam Village No. 2, visit www.historicwigwamvillage.com. 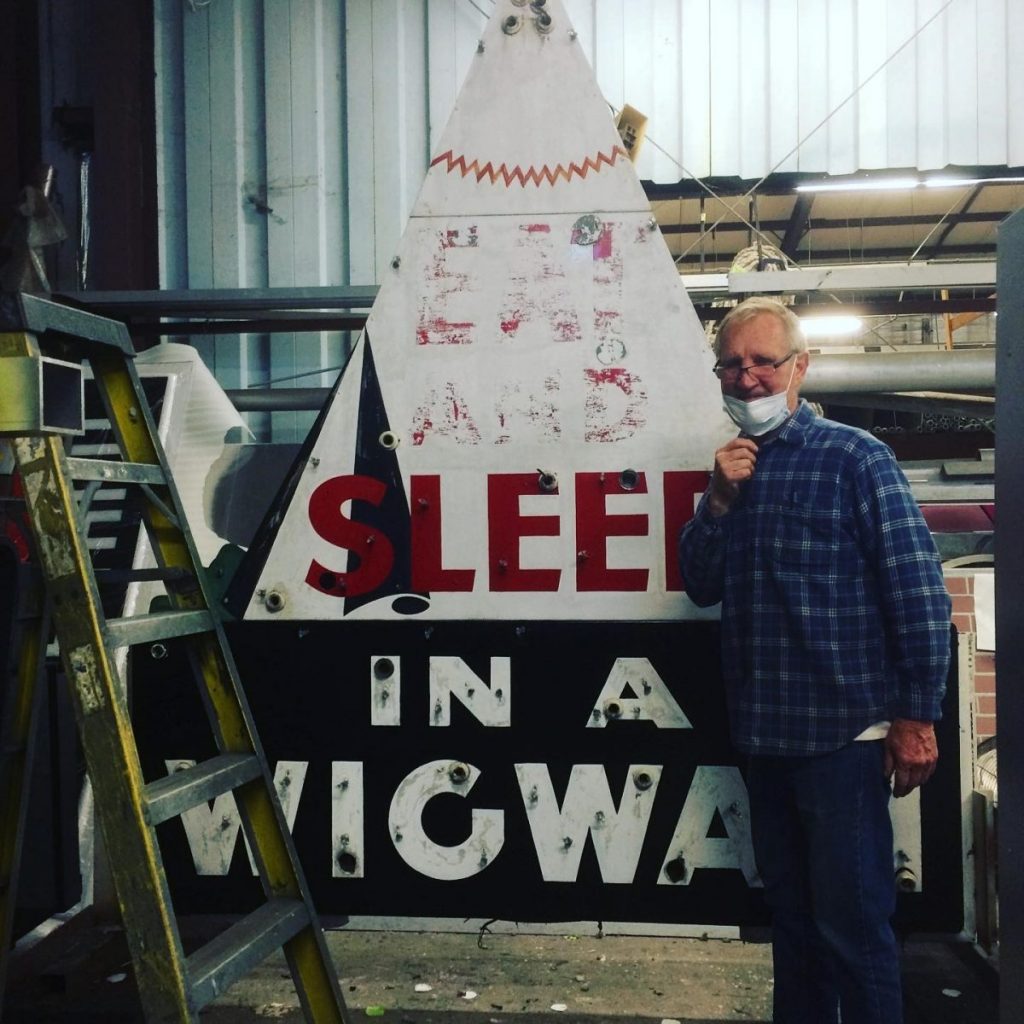 Bob Rueff of Rueff Signs in Louisville, during the restoration process. Photo provided by Keith Stone