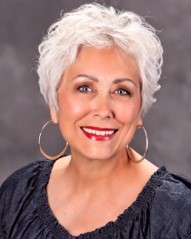 Local author Peggy Goodman has written and self-published a total of nine children books since 2017.

Just this year, she has added yet another book to her list, this time a historical fiction novel titled “Hazel’s Boy”.

Having grown up in Fountain Run, Ky., and lived in Glasgow for the past 45 years, Goodman stated that “Hazel’s Boy” was inspired by her grandmother and father as they lived through a challenging time in history that called for bravery, endurance, and hope.

“Set in Barren County in Bon Ayr and later on in Fountain Run during the 30’s and 40’s, the book is about Hazel Jordan, my grandmother, wife of a sharecropper, and her husband Clarence, as they raised seven children during The Great Depression who then had to see their oldest son, John, go off to fight in World War II,” Goodman explained. “Hazel waits by the family mailbox every day for a letter from her son to know if he is safe or if he had made the ultimate sacrifice while their life in the holler on Glover’s Creek goes on. The book is told in Hazel’s voice and John’s voice in alternating chapters, starting when he was a little boy.”

According to Goodman, her latest book is one that many other families can relate to who might have lived on a farm in Kentucky during that time or who might have had a family member who fought in WWII.

“Also, since it is set in this geographical area, readers may relate to the names of places mentioned in the book,” Goodman said. “It not only shows the sacrifices the soldiers of WWII made while they were enlisted but how their families at home sacrificed as well. Even though it is listed as fiction, “Hazel’s Boy” is a combination of fact and fiction, making it different from other works of fiction. Most of the people and places named were real.”

Although she had previously only written children’s books, Goodman said that she felt compelled to tell this story as it was based on stories from the past and memories of her grandmother.

“I was drawn into their daily lives, as they might have lived them, and felt like I had gone back in time to visit with them every day as I wrote their story,” Goodman said. “I felt a little sad when the book was finally finished, and I said goodbye to them once again. Although much of the book is factual, it had to be written as fiction. I researched family history and my father’s military history to find out as much as I could, but obviously there were parts that I couldn’t know first-hand, so I wrote around them, creating a story that tied it all together. I spent many days reading military accounts of what happened day-by-day in the war where my father’s unit was assigned after landing on the beach at Normandy, even on the day he was wounded. I could find where he was at the beginning and end of his time there and knew that he was in England, France, and Belgium, but I had to guess and imagine where he might have been the rest of his time there.”

Researching was Goodman’s favorite part of writing this novel.

“I even found the name of the midwife who delivered my father, along with lots of other family members on my grandmother’s side that I had never heard of before doing the research,” Goodman said. “It made me wish I could have met the people from my ancestry.”

Goodman described herself as having always been an avid reader, but the retired Family and Consumer Science teacher had never considered writing her own book or felt that she had the talents to do so.

“Although I might have dreamed up some idea in my head, I had no idea about how to put those ideas on paper,” Goodman said. “However, while I was teaching, there was a huge effort to teach writing as a part of the curriculum in all subject matters. Teachers were given workshop training to help us better understand or refresh what we knew about the writing process so we would be better able to help our students. Many years later, I was able to use what I had learned to write and develop my own a voice and my own stories.” 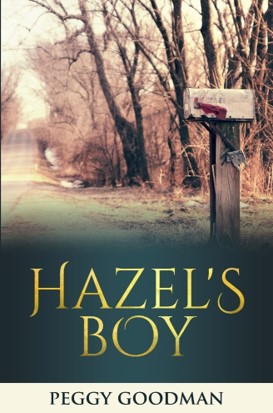 “Hazel’s Boy” is a historical fiction novel written by Peggy Goodman. A book signing will be held on April 23 at the South Central Kentucky Cultural Center in Glasgow from 10 a.m. until 2 p.m. Photo submitted.

“Basically I look for some real life connection and go from there,” Goodman said. “…I write about what I know and love.”

Throughout her writing, Goodman said she is very grateful for the support that she has received from home.

“Although I haven’t been writing all that long, my husband, Charley, has always encouraged and supported my efforts,” Goodman said. “I think he is just as proud of my latest endeavor, “Hazel’s Boy”, as I am.”

Goodman’s children’s books have included “Peg the Pie Lady Coms to Town”, “What Kind of Dog Are You”, “The Little Red Hen Hatches a Plan”, “What Happened to Nana’s Hair?”, “A Kentucky Family Reunion”, “Fly, Girl, Fly – The Story of Willa Brown”, “A Girl and Her Cows”, “The Secret Life of Sam the Soccer Ball”, and “Shadow? What Stinkin’ Shadow”.

Goodman said she hopes to continue writing either children’s books or another novel. “Hazel’s Boy” and other books by Goodman are available on Amazon, at Green Street Gifts in Glasgow, or can be purchased directly through the author herself on Facebook.

Goodman will be holding a book signing on April 23 at the South Central Kentucky Cultural Center in Glasgow from 10 a.m. until 2 p.m. Additional signings may be scheduled in the near future. Check Facebook for dates and places.