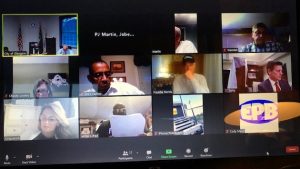 The second reading of an Ordinance relating to the transfer of surplus property owned by the City of Glasgow as part of excess land set aside to the City in the amount of 0.167 acres on Park Drive with the restriction of single-family residential was unanimously approved. The property will be deeded to Benjamin and Tiffany Kidd who will pay all associated costs of transfer.

Four Resolutions were discussed and all passed 9 – 0.

The fourth Resolution garnered the most discussion before being brought to a vote. The Resolution authorizes the City of Glasgow to participate in the Kentucky League of Cities Investment Pool Plus. The city is eligible under KRS 65.240 to join. The purpose of which is a joint investment of money with other local governments to enhance earnings accrued to the city and preserving the principal invested by the city.

Council member Freddie Norris asked, “Who is initiating this and what is the intent of it?”

“It’s to earn about 4 times as much on our investment than we are now and we inquired all over the place…we felt like we had some excess funds that didn’t have to be used by this year or next year, but will be needed in the future, so we checked and this Kentucky KLC Pools Plus has the highest rate. I think it’s up to 4% interest,” explained Mayor Harold Armstrong adding that as much as a quarter of that 4% is paid back to KLC depending on how much is invested.

Council member Joe Trigg asked if this had been vetted through the Finance Committee and Councilmember Wendell Honeycutt stated that a similar program had been looked at by the committee last year and received a positive opinion.

Council member Terry Bunnell added, “This is a fund that allows us [city] some diversification in our investment. You’re talking about excess funds for the city. You’re not talking about the operating accounts. There is a minimum that we’ve got to have in the account. We can get money out of the account back in two days. There’s not a transaction fee to it.”

The whole process will be taken back to the Finance Committee and amounts will need to be established before being brought back to the next city council meeting. The deadline to invest is June 1st.

The first Resolution authorizes April Russell Director, Office of Grant Oversight to apply on the city’s behalf for a grant Administered by the Kentucky Pride Fund Household Waste Management, Waste Tire Program in the amount of $566,800 (75/25 match of $14,200 or labor) for pour-in-place rubber surface for the Parks and Recreation Department.

The second Resolution authorizes April Russell Director, Office of Grant Oversight for the City of Glasgow to apply for a grant in the amount of $3,000 (100 % match of $3,000) administered through the Kentucky League of Cities Insurance Services Compensation Safety. If received, the grant will be used for Personal Protective Equipment for Glasgow Department of Public Works, Glasgow Police Department, and Glasgow Parks and Recreation Department. It will also be used for a Virtual 2021 Risk and Safety Conference.

The third Resolution authorizes April Russell Director, Office of Grant Oversight for the City of Glasgow to apply for a grant in the amount of $55,575 (75/25 match of $22,635) administered by Kentucky Pride Fund, Composting Grant. If received the grant will be used to purchase composting equipment.

By a vote of 9 – 0, Janis Turner was appointed to the Historic Preservation Committee to serve as a Joint-City-County Planning Commission Representative. Turner’s term of two years will expire on March 31, 2023.

Steeplechase will be closed to through traffic for road repairs beginning April 12th and continuing no later than April 26th. The residents will still receive garbage collection as scheduled.

The next meeting is scheduled for Monday, April 26, 2021, at 7 p.m. and will be in-person at City Hall Council Chambers following CDC guidelines.