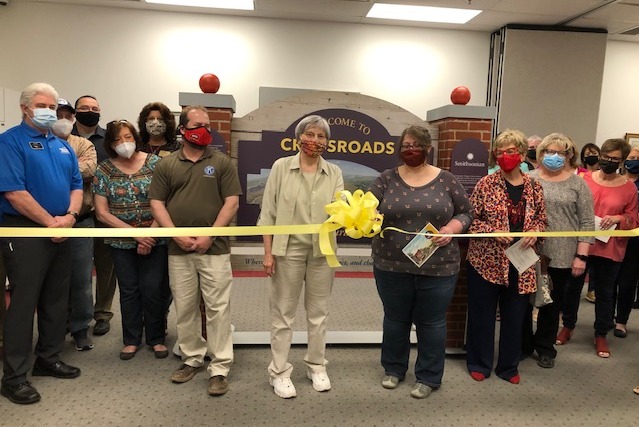 The ribbon cutting was held Friday, April 9 and the exhibit officially opened on Saturday, April 10 running through May 15.

Barren County Chamber President Ernie Myers opened the ceremony by welcoming guests to the museum. Glasgow Mayor Harold Armstrong spoke next, “I’m honored for the city to be able to have this exhibit here…The Cultural Center has grown to be a big star in the crown of Glasgow and Barren County.”

SCKCC Executive Director Sherry Wesley proudly exclaimed, “First of all, it’s just a thrill to have people back in the museum.”

ccording to Wesley, this is the second Smithsonian Museum exhibit to be shown in Glasgow. The first exhibit was entitled “Between Fences.” She wanted to acknowledge the partnership with the Mary Wood Weldon Memorial Library which was instrumental in bringing this exhibit to Glasgow. She also wanted to thank the volunteers who helped with the exhibit explaining that the library staff, fire department, Brian Pack, and other volunteers were essential to getting the display installed.

The “Crossroads” exhibit is part of the Smithsonian Institution Traveling Exhibition Service and explores the evolution of rural communities across the United States during the 20th century by showcasing the changes in agriculture, education, inequality, and poverty in rural communities.

The exhibit uses historic photos, relatable items, music, and interactive technology to show how rural American has changed during the years.

In correlation to the exhibit more specific presentations are scheduled. For more information, visit the museum’s Facebook page or go to https://www.kyculturalcenter.org/.

April 10 – May 15, Schools/Education of the Barrens Museum exhibit

April 27 – A book discussion on “Hannah Coulter” by Wendell Berry

May 15 – Closing day of the exhibit “Crossroad: Change in Rural America”

According to Director Wesley, the museum had intended to have the 3rd floor displays open with the exhibit, but due to Covid-19 quarantines and recent weather, it just wasn’t possible. That has been rescheduled to coincide with the museum’s 20th Anniversary celebration in September 2021. 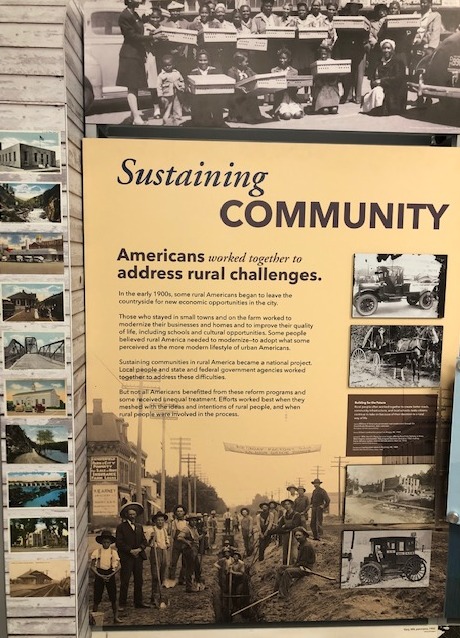 One of the panels describing changes in the economic opportunities for people in rural American in the early 1900s.    Photo by PJ Martin 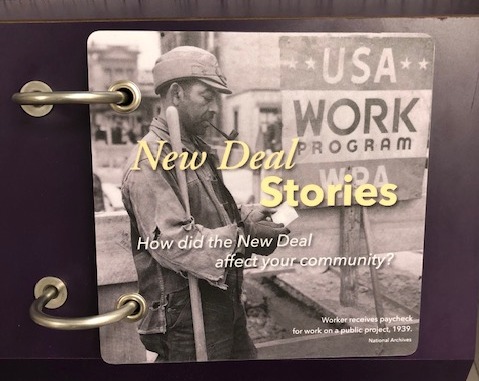 WPA (Work Project Administration) began in 1935 and was part of the American New Deal agency, which was explained in more detail in the above binder on the display. Photo by PJ Martin 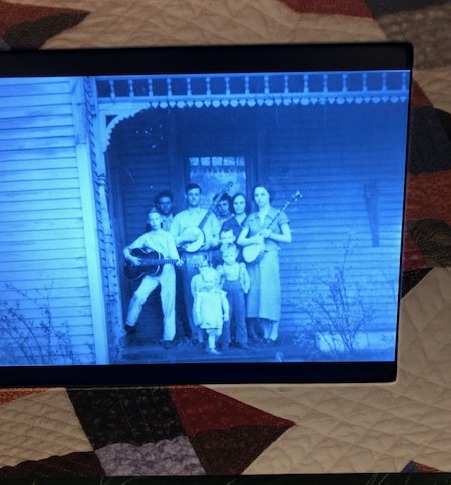 A rural family photo, in the slide show depicting rural families in America, before the introduction of electricity to many of the rural areas. Photo by PJ Martin