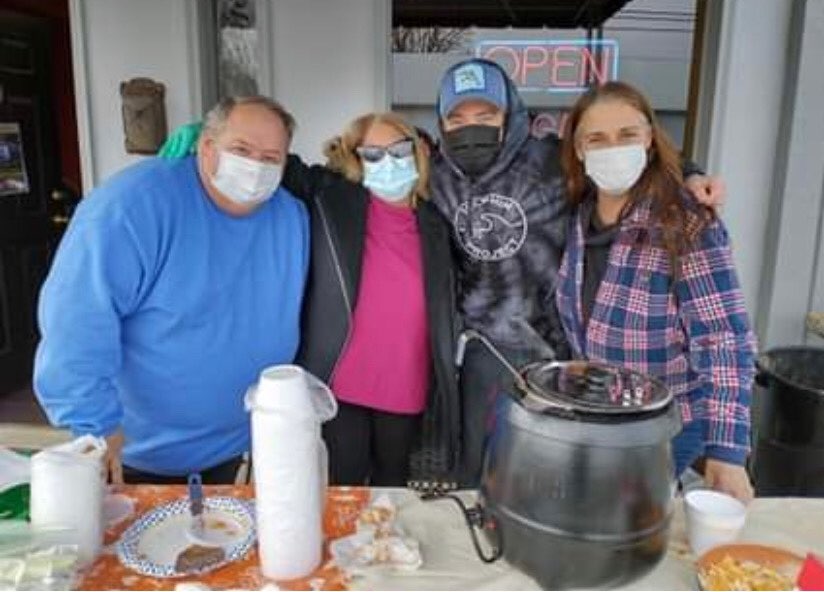 Katie Kenny, far right, hosted a fundraiser to help a fellow business owner struggling during the pandemic. With Katie are, from left, Jack Rickett, Tara Bale, and Ben Wells from Black Stone Cherry. Not pictured are Marty Kenny and Luke Kenny. Photo submitted.

Like any other business, they’ve had to face the uncertainties of the pandemic. Thus far, they’ve been blessed to be weathering the storm well.

However, when Katie learned of the struggles of another local business within the county, she quickly sprung into action.

“I was talking to another business owner,” Katie said. “…I took for granted that they were doing good for some reason…But she just busted into tears, and basically it came down to they were really in trouble. I got back to the shop, and I said, ‘We’re having a fundraiser!’”

With the help of her husband, her son Luke, and other volunteers, Katie held a food fundraiser. She sold $5 lunches consisting of chili, a pimento cheese sandwich, a brownie, and a drink.

“I had texted the lead guitarist for Black Stone Cherry, Ben Wells, and he came and helped serve chili,” Katie said.

An overwhelming amount of people turned out for the small event, including the struggling business owner for whom Katie was hosting the fundraiser.

With the purchase of lunches, along with other monetary donations, a total of $3,100 was raised.

“She was shocked. She didn’t want to take all of it, thought it was too much money,” Katie said of giving the money to the business owner. “…She was very thankful and continued to be thankful…It really bought the business a little more time, helped them out.”

Katie’s dedication to helping fellow businesses didn’t stop when the fundraiser ended. Since then, she has held what she calls a “Facebook Spotlight”. This consists of Katie visiting other local businesses, speaking with the owner, and sharing what services the business provides via a video on social media. 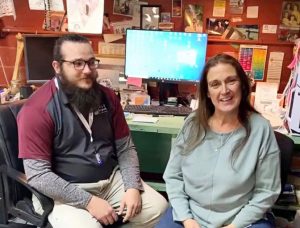 Katie Kenny, right, is devoting her own time to spotlighting businesses on Facebook as a way to help generate more business for others. With Katie is Nathan Meadows, owner of N8’s PC Repair. Photo submitted.

“I put on Facebook I was going to do that, and in 30 minutes I had 11 businesses,” Katie said. “For me to do that won’t take any time. It’ll help that business possibly, even if it gets one more person in there.”

Katie stated that while not everybody can host a fundraiser, there are many other ways to help local business.

“We’ve got to encourage people,” Katie said. “Go to Five Broke Girls, and get a hamburger. Even if your lunch is 5 bucks, give the waitress 5 bucks. Just give what you can…I think people don’t think to do things like that. They think it won’t make much of a difference, but think about the difference it makes.”

“A lot more people could do a lot more things honestly, community-wise,” Katie added. “I don’t think everybody should necessarily have a fundraiser but just be more aware of what’s going on in the community…I don’t care who you are, this whole damn situation has affected every business, some way more than others. I would just like people to be more aware of the need for the community to utilize, to take into consideration, all of our local businesses no matter what the business is. Because I don’t care who you are, everybody’s been affected in a financial way, and sometimes we don’t realize that need or how great the need is at this time…Shop local.” 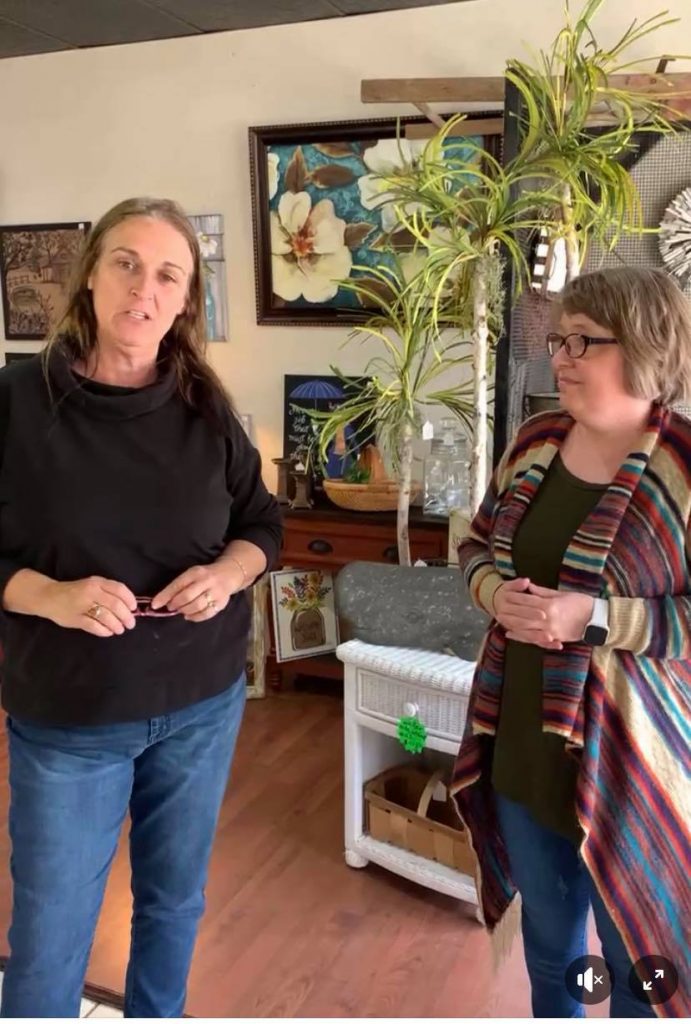 Another business that Katie Kenny, left, has spotlighted on her personal Facebook page is GeeGa’s in Horse Cave, owned by Gena Riley. Photo submitted.