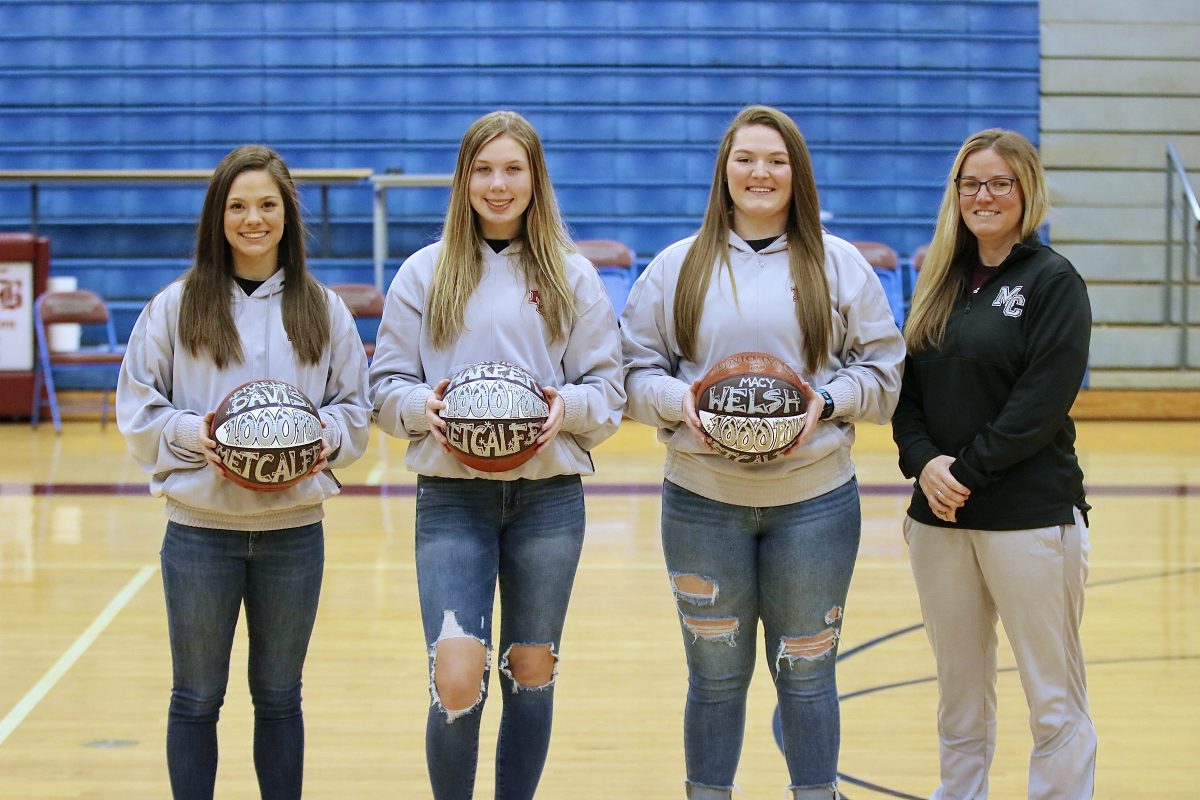 The Lady Hornets have worked hard this season with a few hurdles from quarantining to sideline injuries. At this time they are standing at a 13-9 record for the season. However, 3 players from the Lady Hornet Program reached their 1,000 point milestone during this season. Senior Macy Welsh got her 1,000th point while shooting a free throw against Edmonson County on January 19th. “It meant a lot because of everything that we have accomplished this year and with being senior year, it just capped it off with my teammates helping me to accomplish a goal I have always longed for. I couldn’t have done it without them.” Welsh says.

Junior Jaycie Harper was next to reach her milestone. Once again shooting a free throw when the Lady Hornets faced off with Hancock County, on February 23rd. Then Junior Braelyn Davis shoots her 1,000th point while fighting her way through a pack of South Warren Lady Spartans, to get to the basket.

Lady Hornet Head Coach TJ Coffey says “Having 3 players get 1,000 points in the same season says a lot about our team. The team plays unselfish and these girls have worked hard not only to score but to help their teammates score as well. As a coach, I couldn’t be more proud of them and their accomplishment.”