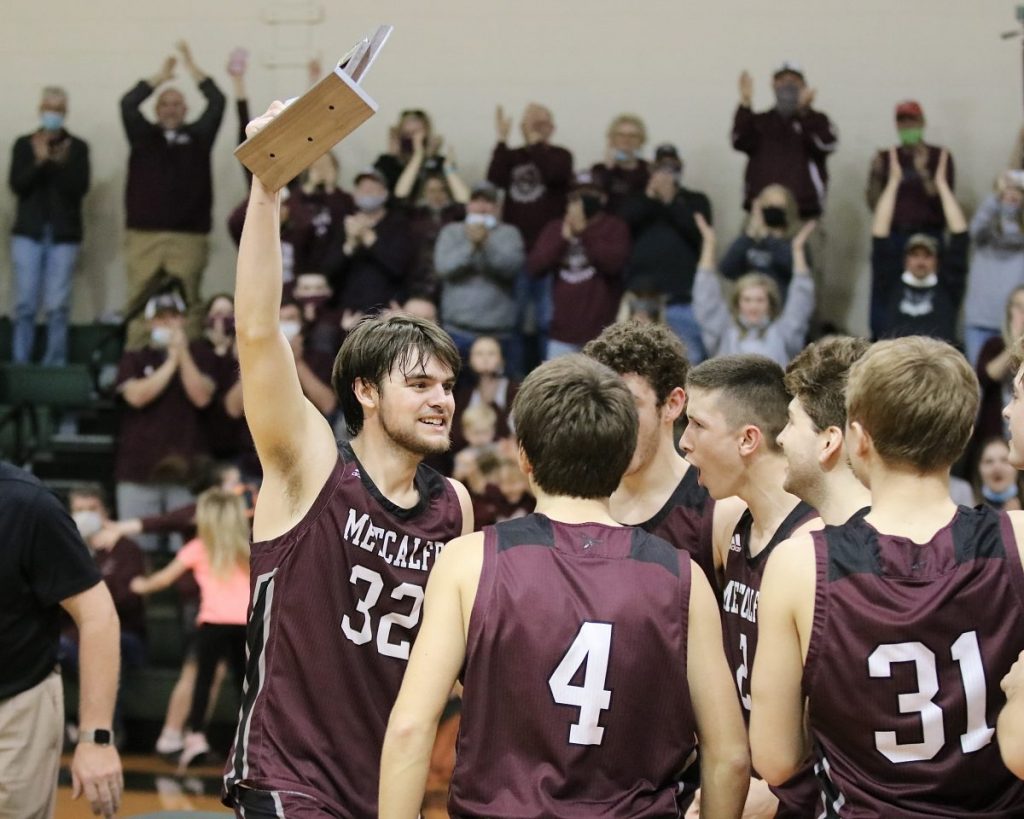 Metcalfe Senior Boston Devore proudly holds up the District trophy while the team gathers around to celebrate. Photo by Johnnie Tarter

All the hard work has paid off. It’s been 20 long years since their last District Championship win but that title will once again display proudly in Metcalfe’s trophy case. In front of a spirited crowd, Coach Brandon Brockman and the Hornets took to the court with a hunger for redemption after falling to Clinton County 3 games this season.

“This was a huge win for the program”, Coach Brockman told me, “We’ve emphasized all year that if we will shoot 70% or above on free throws that we can win close games. Tonight we did that shooting 71% hitting 17 out of 24”.

Every time Clinton would appear to be rallying back the Hornets would answer with a huge basket. At times it seemed as if Metcalfe’s Peyton Dial and Jacob Murrell were trying to have a 3 point contest.

After this 70-64 District Championship win over Clinton County’s Bulldogs, the Hornets will set their sights on the Regional Tournament.

Peyton Dial led the Hornets with 19 points. Wyatt Blythe had 18 points with 6 assists, Boston Devore had 12 points with 8 rebounds, Jax Allen 10 points, Jacob Murrell 9 points, and Sawyer Edmunds had 2 points for the night. 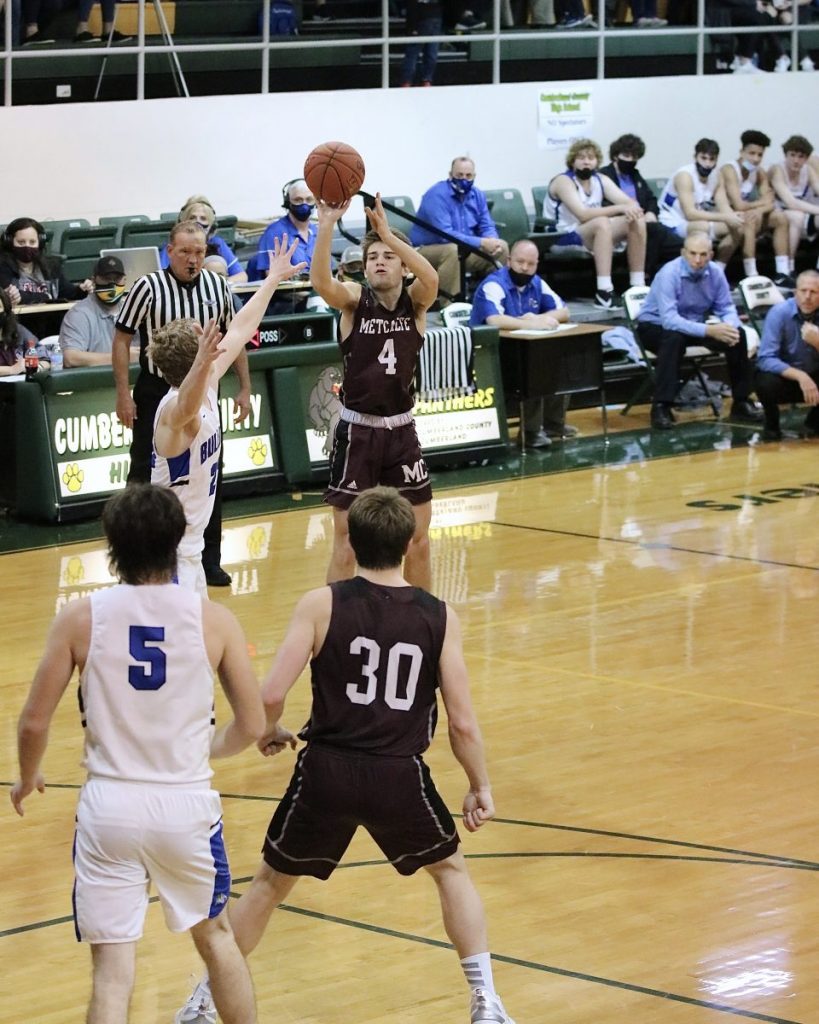 Peyton Dial shoots a 3 pointers to assist in the Hornets winning their first District title in 20 years. Photo by Johnnie Tarter