A lesson in life, love, and loss 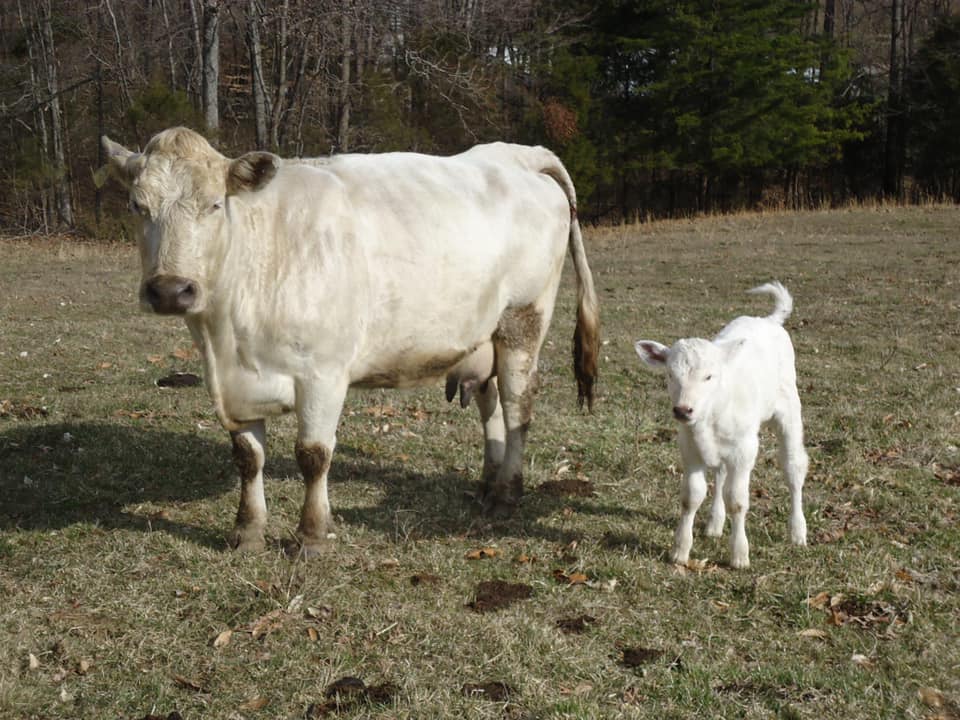 Thanksgiving the cow was a special part of Howard and Jerry Kaye Taylor’s family for over 22 years. Pictured with Thanksgiving was one of her own calves. Photo submitted

Anyone who has ever lived on a farm knows that lessons in life, love, and loss are as common of an occurrence as night and day.

For Howard and Jerry Kaye Taylor of Glasgow, their family has spent the past 22 years learning such lessons thanks to an unlikely source: a cow named Thanksgiving.

Howard and Jerry Kaye were married on Sunday, November 22, 1998. Just two days later on November 24, a solid black Angus cow gave birth to a white calf on their farm. The cow died, leaving the calf as what Jerry Kaye called a “…sweet, snow-white orphan”.

“Two days after she was born was Thanksgiving, so what better name to give her than that,” Jerry Kaye said of 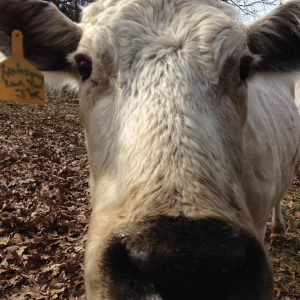 After her mother died at birth, Thanksgiving the cow was bottle fed and raised by Howard and Jerry Kaye Taylor. Photo submitted.

With the calf no longer having a mother, Jerry Kaye and her husband cared for Thanksgiving.

“We set her up in a cozy field with a herd of brush goats and a donkey,” Jerry Kaye said. “I bottle fed her twice a day. She became a pet, very loving and accepting of our love…She took to the loving I gave her and would walk around in the yard following me.”

Jerry Kaye said that Thanksgiving would run to them in the field, just as a dog would. They always had a bucket of feed or a loaf of bread waiting for her. 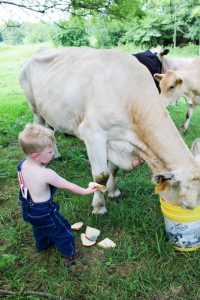 “We went to the ‘used bread store’ and would buy all the animal bread we could haul,” Jerry Kaye said. “…We would take a load and scatter in the field for the other cows, but Thanksgiving was hand fed…Her favorite thing was loaf bread. She would come as fast as she could to get the bread treats she loved so much. She also got a special bucket of feed that the others didn’t get.”

“Thanksgiving didn’t know she was a cow,” Jerry Kaye added. “The other cattle must have known she was special because they didn’t treat her like they did the others…She knew she was special. She loved it, and we loved her.”

Thanksgiving was a Charolaise Angus mix, grew well, and had graduated to what Jerry Kaye referred to as a high rank on the farm. Over the span of her lifetime, the cow birthed 18 baby calves, including one set of twins.

“Her first was a beautiful snow-white calf born about the time my mother died,” Jerry Kaye said. “We named her Little Mary Magdalene after my mother. For years we had several generations of Thanksgiving’s offspring on the farm at one time…Some we kept, some we sold.”

Thanksgiving meant a great deal not only to Howard and Jerry Kaye, but their entire family as well.

“When the kids came home from college with a friend in tow, the first thing they wanted to do was go meet Thanksgiving,” Jerry Kaye said. “She was great entertainment and never failed to greet her visitors with love and affection. Our great-grandson Andy had his two-year-old pictures made at the farm, and he and his sister Adleigh got their pictures made on her back, just like a horse. Most anybody who knows me knows about Thanksgiving.”

Earlier this month on March 7, Jerry Kaye was speaking with her husband about cattle and had asked about Thanksgiving, who was living on a remote farm that Jerry Kaye didn’t visit as often.

It was then that Howard told his wife the news: Thanksgiving had passed away on January 23, 2021.

“He had not told me (about her death) because he knew I would get upset, and I was,” Jerry Kaye said.

“I know it was hard on Howard this way because he had to bury her,” Jerry Kaye said. “…She has a nice burial spot…She’s buried where she lived and loved to be…I have to get her a tombstone ordered. All the important pets get one.”

Legend has it that when a pet passes away, the animal crosses what is known as the Rainbow Bridge. This is believed to be an overpass said to connect Earth and Heaven, a place where pets go upon death to wait and eventually be reunited with their owners.

“I know she needed to go,” Jerry Kaye said. “A 22-year-old cow is like a person. They age, and their body looks bad. She did look bad, but she was still that bouncing creature who made me happy in my mind…There are so many bad things going on in the world today, but having had a friend like Thanksgiving has been wonderful.” 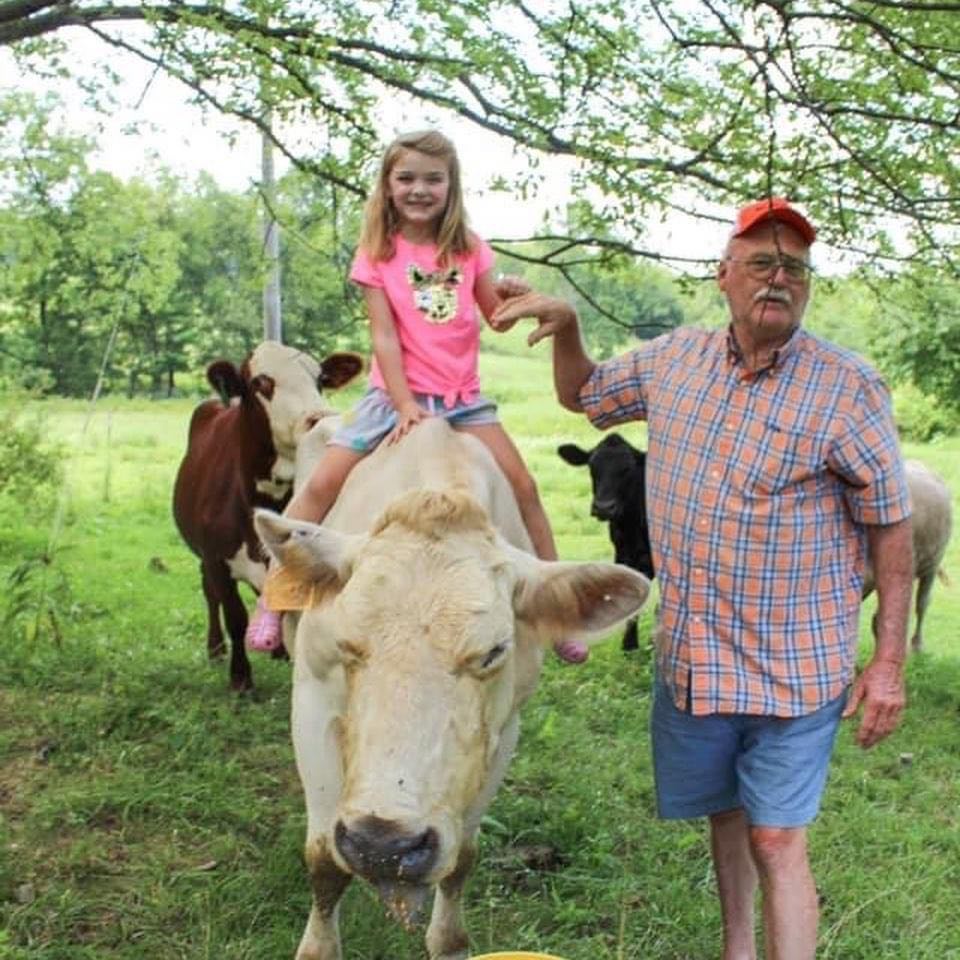 Thanksgiving was a very gentle and affectionate cow. Howard Taylor is pictured with his great-granddaughter, Adleigh, as she rides on the back of Thanksgiving. Photo submitted