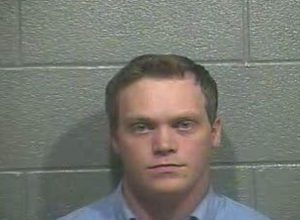 Kentucky State Police trooper Ben Hubbard resigned from Post 3 in Bowling Green, after becoming the central figure in an internal the investigation.

Last Monday, Hubbard, who is a Glasgow resident, was arrested in Barren County.

The young trooper who had only begun his career in Fall of 2019, was arrested on charges of first-degree official misconduct, possession of a defaced firearm, tampering with physical evidence, and receiving stolen property.

The investigation began as a result of the post being contacted about Hubbard’s involvement with a possible stolen firearm in Barren County.

According to an arrest citation, Trooper Brandon Brooks was gold there was a sawed off shotgun in the closet at Hubbard’s Barren County residence, and that is where it was located.

Hubbard has been placed in the Barren County Corrections Center, where he is held under a $10,000 cash bond.

Hubbard is set to appear in Barren District Court April 12 for arraignment.