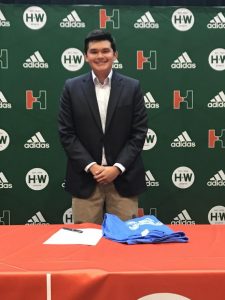 Submitted to the Hart County News-Herald

Hugo Arce-Santamaria has played soccer since he was old enough to kick a ball.  To say he loves everything about soccer is an understatement.  If you stop by his house at any time, you will likely find either a soccer game being watched on television or Hugo practicing with a soccer ball outside.

Growing up in Hart County, Hugo began playing soccer with the Hart County Youth Soccer Association at a young age and began playing with the high school on the junior varsity team when he entered seventh grade.  Once he reached his freshman year and was able to play varsity soccer, he began taking steps to pursue playing soccer at the collegiate level.  To make this dream a reality, Hugo started by researching schools always considering academics first.  As he put it, “They are called student-athletes and not the other way around.”  He looked at a variety of schools and eventually landed on Berea College’s page.  He had heard of Berea from a family member who had attended that college.  After looking through the facilities and soccer team information, Hugo said, “I instantly fell in love with the idea of one day attending Berea and playing on their soccer team.”

When asked what specifically attracted him to Berea College, Hugo stated, “Berea simply had everything I was looking for in a school. First, they were a small school in a rural county. I did not want to be in a place where class sizes were in the dozens or even hundreds. Second, Berea’s no tuition promise is a big deal around the school. Any student who attends Berea College will not have to pay a single dollar towards tuition. Third, Berea College also has a rigorous pre-med track and also finances multiple internship opportunities. At Berea, I will be able to intern at many hospitals and other universities and be able to attend their medical schools after college. Last, their soccer team also drew attention to me. Berea College has a Division III program that competes in the NCAA.”

As his senior year came to a close, Hugo reached out to Berea’s soccer coach, Rubem Rodriguez, by email stating his interest while also sending some highlight videos and statistics from his career at Hart County High School.  He also scheduled a visit to Berea College and instantly fell in love with the campus. Hugo was pleased to see that everything was close together and the faculty were all nice and caring. At the visit, he had a very productive meeting with Coach Rodriguez.  Hugo said, “Coach Rodriguez really made me feel like I would be a great fit in his program as well as the whole college.”  While Hugo had many considerations in where he wanted to attend school, Berea College simply hit all of them. For him, it was an easy decision. 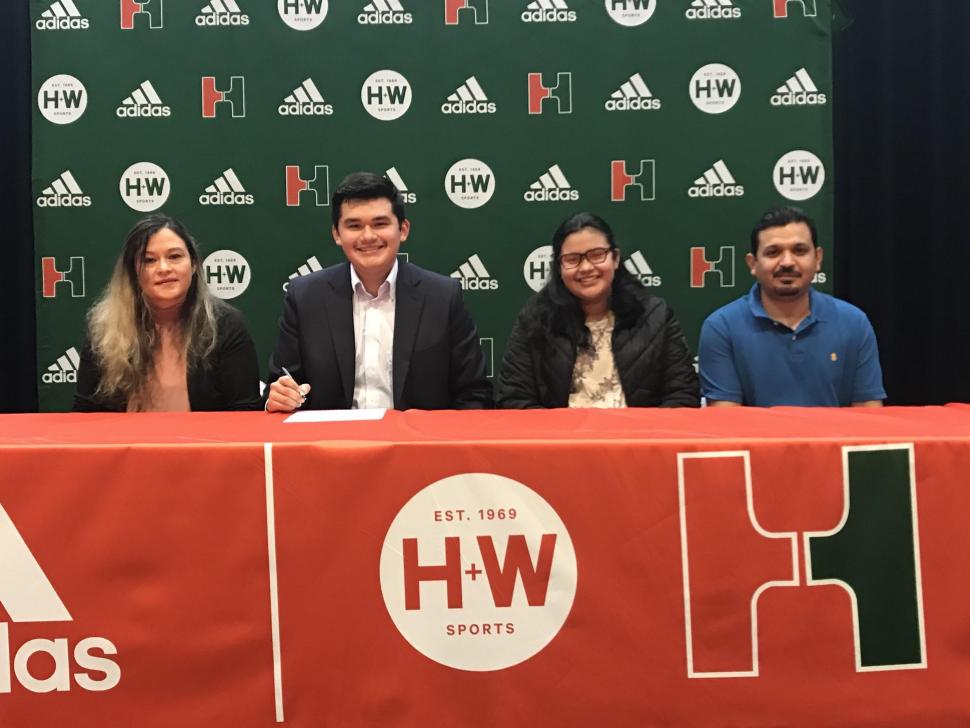 When Hugo committed to Berea College and officially signed onto their soccer team, he said, “It was one of the greatest feelings in the world. I had dreamed of this moment for 6 years and to finally sit there and look at the document with my name and Berea’s, it was simply indescribable.”   Hugo recognizes this would not have been possible without many people in his life. First, he acknowledges all of his teammates for pushing him to be the very best on the field.  He stated emphatically, “I will always cherish the memories I had with my teammates over the course of my time at Hart County High School.”  He went on to state that his coaches, Bo Chenoweth and Jeremy Johnson, helped him and all of his teammates to be the best version of themselves, not only on the field, but in everyday life as well.  He said, “They taught the team so many life lessons that I will never forget.”  In addition, girls soccer coach Kelly Pedigo was also a mentor giving him tips on how to fill out recruiting forms and encouraging him to sign up for soccer camps in the summers. Finally, Hugo gives credit for this achievement to his family.  His parents, Angel Arce and Yanet Santamaria have done everything possible for him to have this special moment. Hugo said, “My Dad introduced the sport to me from a very early age (before even being born) and taught me how to play.  As a result, I fell in love with the sport.”  Hugo shared how most nights throughout the past four years, his dad would lace up his cleats and go over scenarios from the game where he could have been a better player.  He said, “My dad is quite possibly my biggest critic as well as my personal coach, and I admit, he is always right. He pushes me to be the best in everything I do along with my mom and sister, who are my biggest fans.”

Coach Chenoweth commented, “Hugo has been an incredible asset to the team and a leader for his teammates.  His overall soccer skills are unparalleled, and he will be greatly missed.”

Hugo is thrilled that he was able to find the perfect school for him, his needs, and to make his dreams a reality.  He said, “My family has always supported me.  There is comfort knowing they are there for me and will always be there for me every step of the way.  I am very grateful for everything!” 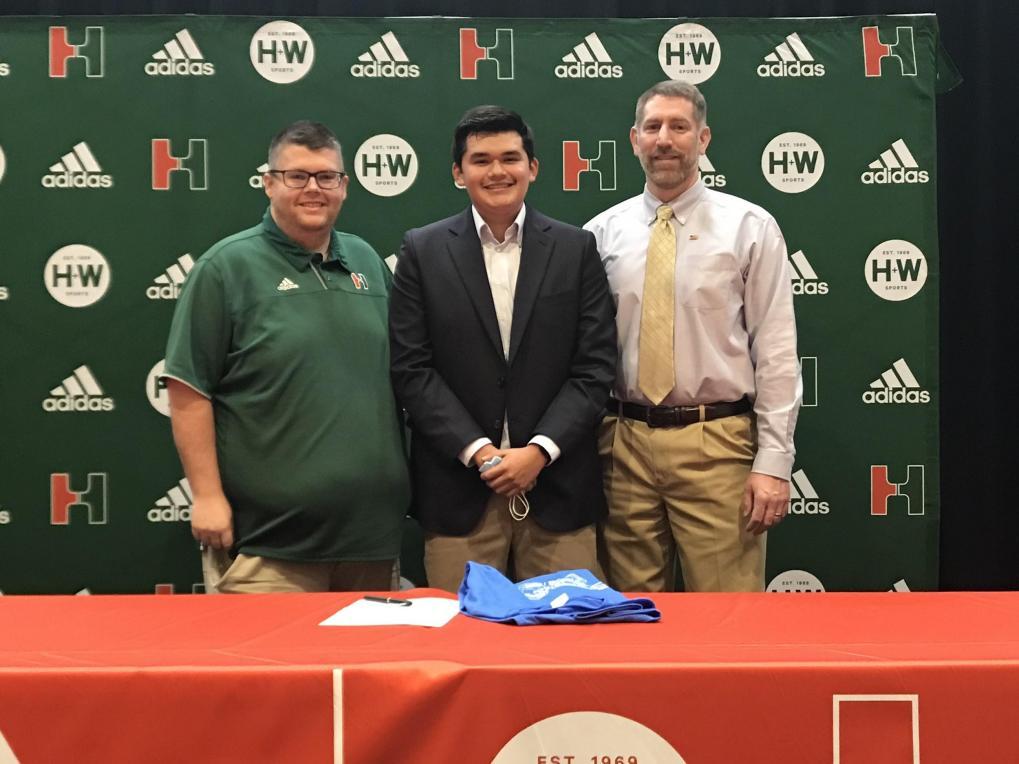