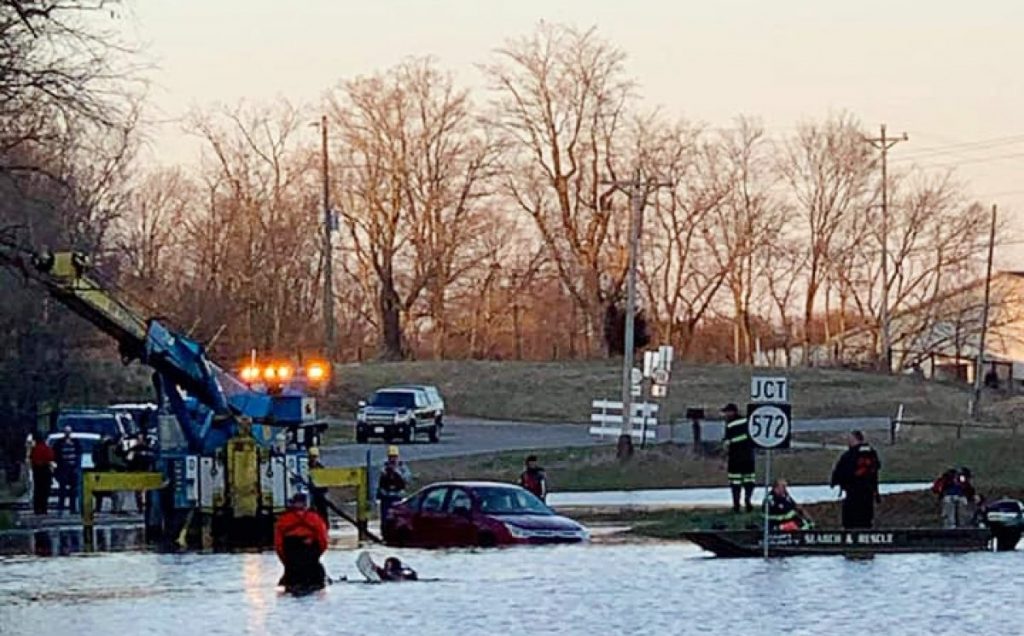 A vehicle driven by Richard Johnson, age 84 of Hart County, became submerged in flood waters on Hwy. 218 near LeGrande Elementary. This photo shows the car being recovered with the assistance of the Barren County Search and Rescue Dive Team. Photo submitted.

On March 3 at approximately 2 p.m., Hart County Emergency Management and Hart County Search & Rescue received a call of a vehicle submerged in water over the roadway on Highway 218 in Hardyville near LeGrande Elementary School.

Richard Johnson, age 84 of Hart County, was the driver of the Ford Fusion vehicle.

According to Deputy Emergency Management Director Curtis McDaniel, there were multiple barriers and warning signs in place from Seymour Bridge near LeGrande School and heading east, warning drivers of the flooded road condition. However, Johnson continued to drive around those barriers.

The car then became submerged in water.

“When the car had gone under, he had actually gotten out of the car,” McDaniel said. “…When the Rescue Squad got there…we found the top of his back and got him in the boat, and got him back over to the bank to the ambulance. CPR was immediately started on him. They were able to regain a pulse. EMS rushed him to Caverna (Hospital) where he was stat flighted to UofL Hospital where he passed away from failed resuscitation later on that evening.” 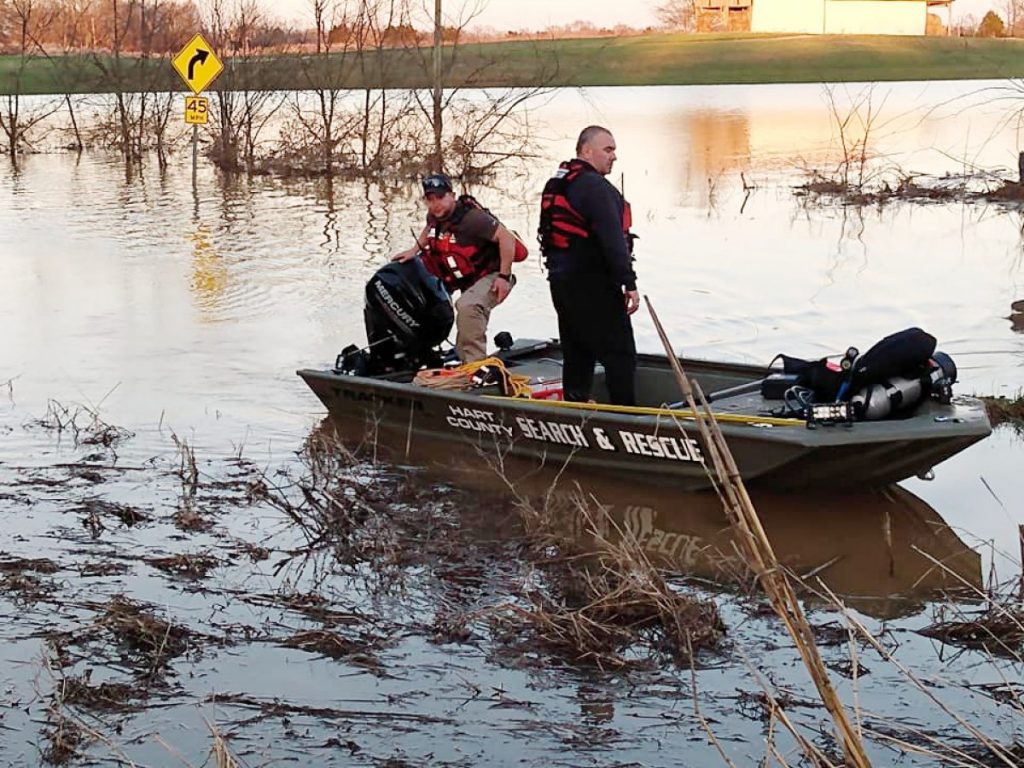 Members of Hart County Search and Rescue were on the scene during an incident that occurred March 3 as an individual attempted to cross a flooded highway. Photo submitted. 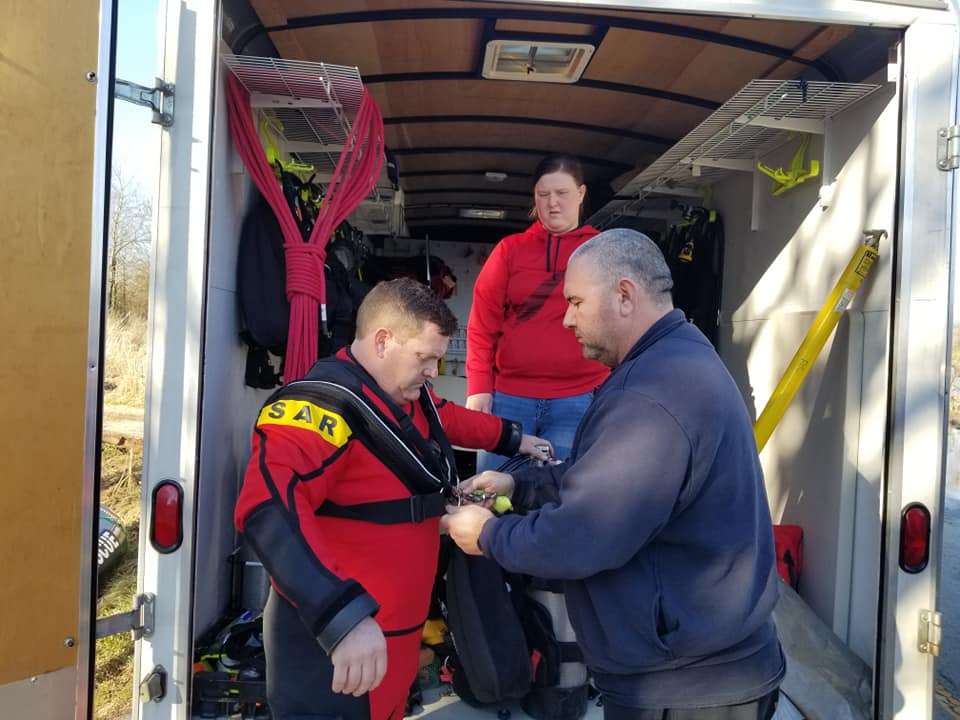 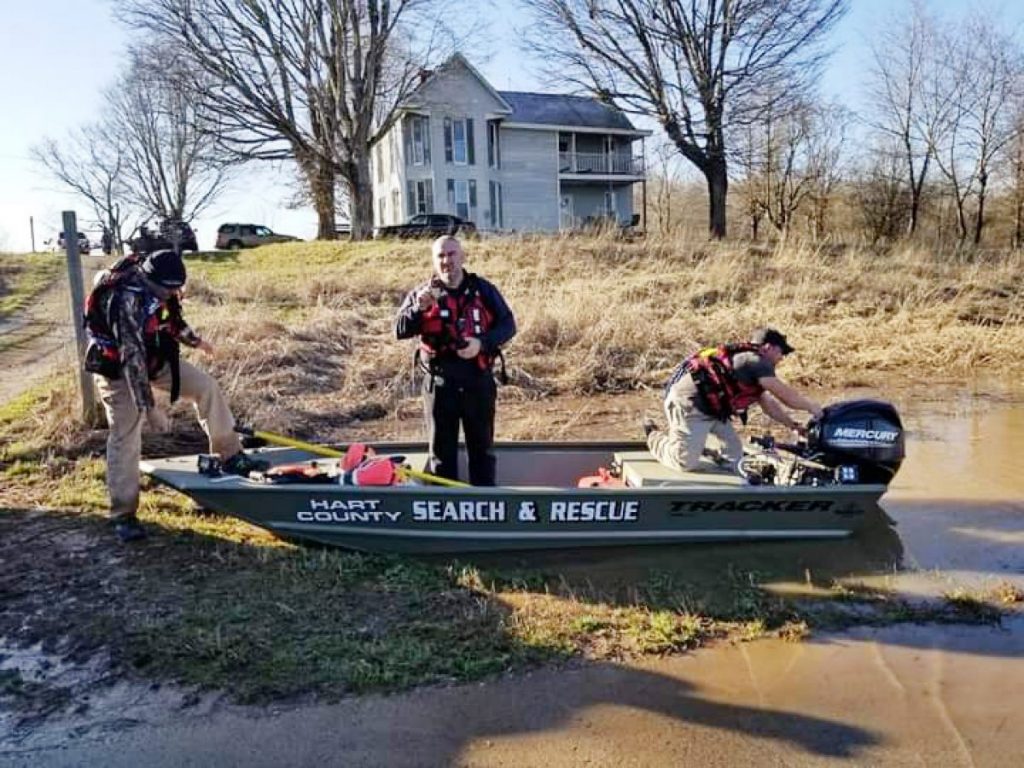 A vehicle driven by Richard Johnson became submerged in flood waters along Hwy. 218 near LeGrande Elementary. Members of Hart County Search and Rescue were on the scene. Photo submitted.