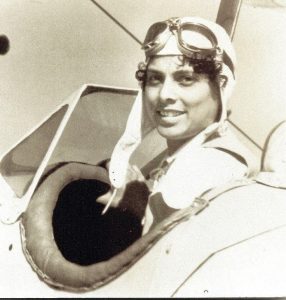 “Willa was persistent and dedicated. She was the foundation, framework, and builder of people’s souls. She did it not for herself, but for all of us.”

A native of Glasgow, Ky., Willa was born on January 22, 1906, to Reverend Erice and Hallie Mae (Carpenter) Brown.

As a child, Willa’s parents moved her and her siblings to Indiana in hopes of better educational opportunities within integrated schools. After graduating from Wiley High School in Terra Haute, Ind., Willa graduated with a Bachelor’s Degree from Indiana State Teachers College (now Indiana State University). In later years, she earned an MBA from Northwestern University.

Willa was an African American woman of great talents and abilities. Through hard work and dedication, she was thriving in a variety of occupations including that of a teacher, a social worker, a secretary, and even a laboratory assistant during college.

But, after moving to Chicago, Willa sought greater challenges and adventures. What began as a hobby with aviation soon transformed into a fascination. 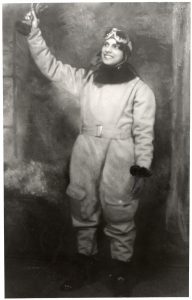 Willa Brown was an aviation pioneer and a true trailblazer for women.

She was also one of few women who attended Curtiss-Wright Aeronautical University. While there, she studied aircraft maintenance and excelled in her classes. By 1935, Willa earned a Master Mechanic’s Certificate.

Serving as the president and national secretary of the NAAA Chicago branch, Willa fought for the inclusion of African Americans in aeronautics and aviation, as well as the armed forces.

Coffey became Willa’s second husband, and the couple together founded the Coffey School of Aeronautics in Chicago. This school was the first African American-owned and operated private flight training academy in America. Willa was the school’s director for two years.

With the onset of World War II at this time, there became a shortage of experienced pilots. Because of this, and, also thanks to a Time Magazine article that mentioned Willa and the NAAA, attention was brought forth for the need to train African American men to become pilots.

With Willa’s relentless efforts for desegregation in the military, the Coffey School became a part of the Civilian Pilot Training Program (CPTP), allowing for the participation of African Americans.

Willa was named the federal coordinator of Chicago’s CPTP, and the Coffey School was chosen by the U.S. Army Air Corps to prepare African American trainees for the pilot training program at Alabama’s Tuskegee Institute.

With the program leading to the founding of the historical Tuskegee Airmen, Willa was directly responsible for the training of over 200 Tuskegee Airmen and instructors.

In 1942, Willa achieved yet another distinction as she earned the rank of Lieutenant in the Civil Air Patrol (CAP) Squadron 613-6. She became the first African American officer – male or female – in the CAP, a division of the United States Air Force.

Soon after, Willa reached another achievement as she earned her mechanic’s license. This became another first for Willa, making her the first American woman of any race to have earned both a mechanic’s and commercial pilot’s license.

After the war, the Coffey School of Aeronautics was closed, and Willa and Coffey had divorced. Nevertheless, Willa continued her endeavors.

The primary focus of Willa’s congressional campaign was to improve opportunities for African Americans. Although she lost this election and also lost again in 1950, the brave and determined aviatrix continued living life to the fullest.

In 1955, Willa was joined in union to Rev. J.H. Chappell, and by 1962 she had returned to teaching business and aeronautics until her retirement in 1971.

From 1972 to 1975, Willa once again made history, becoming the first African American woman to serve on the Women’s Advisory Committee of the Federal Aviation Administration (FAA).

Willa, an aviatrix and trailblazer for African American women passed away on July 18, 1992, at the age of 86.

In 2003, Willa was inducted into the Kentucky Aviation Hall of Fame. A historical marker was erected in Glasgow in recognition of Willa’s accomplishments.

Although Willa is no longer here, she has relatives that have worked in keeping her legacy alive. 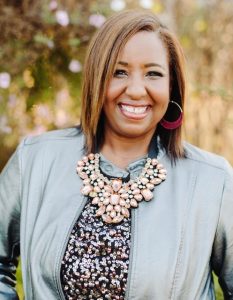 Rhonda Sewell is a third cousin to Willa Brown. She is working on releasing two separate book projects about her pilot cousin. Photo submitted.

This would make Rhonda, a Public Library Advocate from Sylvania, Ohio, a third cousin to Willa.

“Although growing up I always knew about my famous pilot cousin, it wasn’t until my adulthood in later years that I became fully interested in my genealogy and of her history,” Rhonda said. “On my paternal side, I am also related to the late journalist Ethel Lois Payne, whose image is on a U.S. postage stamp. She was referred to as The First Lady of the Black Press….Both (Willa and Ethel) lived in Chicago at the same time, and I hope their paths crossed. There is a transformational pride that comes with knowing that I share the same DNA with these groundbreaking, barrier-crashing bold women.”

Alongside portrait artist Leslie Adams and Rhonda’s undergraduate Michigan State University college friend Quinton Dixie, a scholarly researcher at Duke University, Rhonda is working on releasing two separate book projects about her pilot cousin and has also taken other initiatives to share Willa’s story with others.

“I created the Facebook page about Willa B. Brown to shed light on her contributions,” Rhonda said. “Willa’s paternal relative, David E. Brown, and I met via social media and traveled together with our families to represent her when she and othe 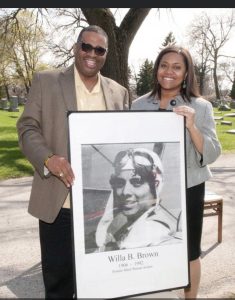 David Brown, nephew of renowned aviatrix Willa Brown, and his daughter, Shanel Brown Jones, pose with a photo of Willa during the Chicago Chapter of the Tuskegee Airmen Flyover. Photo submitted.

r Civil Air Patrol (CAP) pilots received Congressional Medals. It was a true honor to attend and to meet the paternal side of Willa’s family, whom I refer to as my new cousins.”

David Brown, a retiree of Delta Air Lines who resides in Orlando, Florida, is the nephew of the infamous aviatrix, as Willa was the sister of David’s father. He described her as being a bit of a tomboy and daredevil, but always just his aunt.

“Even as a young adult, she was always just Aunt Willa,” David said. “Later in life, I realized how smart, strong, and well respected of a person she was, but so down to earth.”

To further honor her memory, Rhonda and David join other Willa B. Brown relatives annually during a fly-over at Chicago’s Lincoln Cemetery/Dignity Memorial, organized by the Chicago Chapter of Tuskegee Airmen, Inc. The event, Tribute to America’s Pioneering and Colorful Women, honors the legacy of Black women in aviation – Bessie Coleman, Janet Harmon, and Willa B. Brown by flying over their gravesites. Coleman and Brown are both buried at Lincoln. The 2020 event was forced to cancel due to the pandemic. It would have been the 41st annual fly-over celebration. 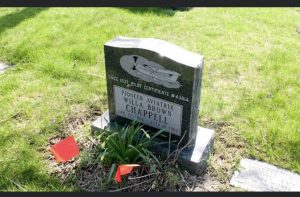 With the help of other interested family members, Rhonda and David are currently coordinating work to preserve their famous relative’s documents and belongings for present and future generations.

Willa Brown was a true trailblazer who, despite struggles and difficulties, achieved great success. Her accomplishments are nothing short of astounding, and her legacy will continue to live on.