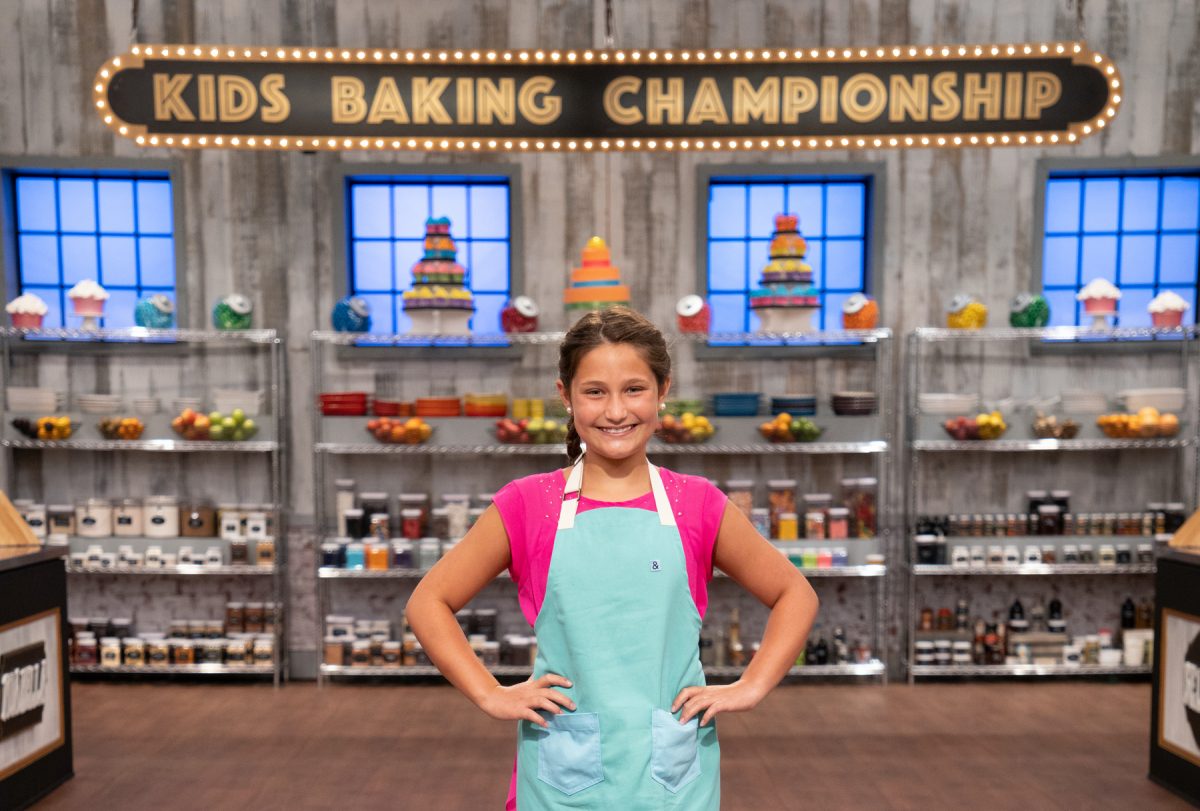 On February 12, Glasgow native Haylin Adams concluded her time on Food Network’s “Kids Baking Championship”. She placed 4th out of 12 contestants from across the nation.

The 11-year-old said it was surreal to watch herself on the show each week.

“It was like a little frustrating I guess just because I was so close and then to just kind of be cut off right there,” Haylin said. “But I was still happy how far I made it to.”

Haylin’s mom, Amanda Adams, had been heartbroken when Haylin didn’t make the finale, but also felt great pride in her daughter’s accomplishments. 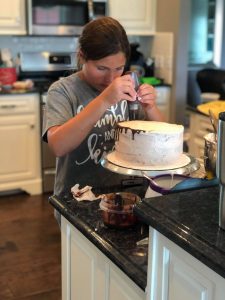 “She had done so well, and I was beyond proud of her,” Amanda said. “To see her little face when her lattice (on her pie) broke, I don’t know, it was just really hard.”

But despite not being named the champion, Haylin stated that being on the show was a great experience.

“I think that my favorite part has been just all the friends because most of all the bakers were mostly like really close friends,” Haylin said. “We talk and still text.”

“They were really nice, and like sometimes they would like check on us and stuff,” Haylin said. “When they were standing there, they would talk to us and stuff. It was pretty cool.”

“It was cool for them to get to try my desserts, especially when I made the cake for the puppy bowl and everything because Duff, that’s his specialties, cakes,” Haylin added. “So having the king of cakes, I guess, to try my cake was pretty cool, and definitely for him to like it.”

What made this season of “Kids Baking Championship” unique was that the young bakers’ parents were watching as they competed.

Amanda said the show was a great experience for her as well.

Since the show, Haylin has been getting in a lot of practice with cake orders and more. 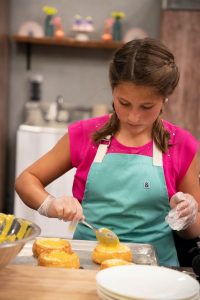 “I’ve been baking quite a bit,” Haylin said. “…On my virtual (school) days, sometimes I will make them in between classes and decorate them after school or something. I think I’m going to just try to keep going and get better at my desserts.”

While on “Kids Baking Championship”, Haylin was asked what she would have done if she was named the winner. In true, down-to-earth Kentucky fashion, Haylin said she’d buy a show cow. While she didn’t win the show, her plans are taking shape.

“They used to be my neighbors…they have show cows, and so they’re going to let me go over there this spring and see if I actually want to do that,” Haylin said. “And if I do, then I think that I might get a show cow.”

Above all else, Haylin is just simply beyond thankful for the support that the community has shown for her.

“It has been like amazing to have all of the support that I have,” Haylin said. “Everyone is kind of rooting me on and saying congratulations. Pretty much everywhere I go; people are telling me congratulations and good job, which is pretty cool.”

On behalf of Jobe Publishing, congratulations to Haylin for her success and for representing south-central Kentucky so well! 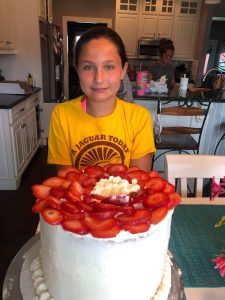 Haylin Adams of Glasgow is continuing to take cake orders and is thankful for the support she has received from her community. Photo submitted. 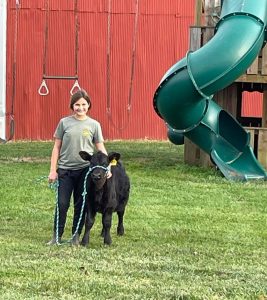 Although not a show, Haylin Adams is pictured here with her bottle calf at her home in Barren County. Photo submitted.