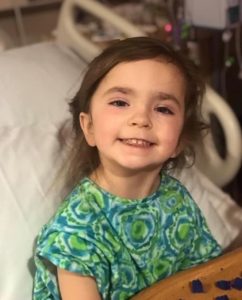 Sweet and sassy three-year-old Aniston Roten of Hart County is what her mother Amber calls a “girly-girl”.

“Her favorite color is pink, she loves to play dress-up, she loves learning and going to preschool two days a week, and her number one favorite thing to do is play with baby dolls,” Amber said.

Aniston’s greatest feature is her infectious smile. “Aniston is always happy, she always has a smile on her face,” said her grandfather, Jeff Rotten.

That is until last week when she had a painful, persistent stomach ache that she couldn’t get rid of. “We thought she was constipated,” said Amber.

Two days passed and they saw a little improvement. “We made the decision to take her to the emergency room at T.J. Samson,” Amber said. She and Aniston’s father Justin were very concerned, but still believed it to be an insignificant medical problem.

“I thought they would give her an enema and send her home,” Amber said.

However, they did an x-ray, ultrasound, and eventually a CT scan which revealed a mass on her left kidney.

She was immediately taken to Norton’s Children’s Hospital in Louisville, where more tests revealed the mass as stage 3 kidney cancer.

By Monday, young Aniston had undergone extensive surgery to remove the mass, part of the kidney, and nine of her lymph nodes. Although she is doing well and even playing with Play-Doh from her hospital bed, her battle is far from over. 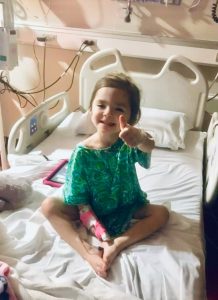 Sweet Aniston giving a thumbs up from her hospital bed.

“She is starting to walk again. We hope that we get to go home for a few days before we come back and start radiation and chemotherapy,” Amber said.

“It is a very scary thing to go in Saturday for something you think isn’t as big of a deal, and by Monday to have a completely different life and not know the outcome,” said her grandfather Jeff.

“I’ve been asked by several people how they can help.”

With an uncertain future, an inability to work during this tragic time, and other children to care for the need is great.

An account has been opened at Limestone Bank for Aniston, for donations to go towards expenses incurred during her hospitalization and battle with cancer.

“There are going to be several trips back and forth to the hospital for treatments, so with that being said anything people can donate is very much appreciated from the Roten Family,” Jeff said.

There have also been several other ways to help set up for those so wish to help:

Amber added that in addition to monetary assistance, something else is needed just as much: Prayers.

“We have such a battle ahead and we have no idea what’s out there in front of us. But we need the most is your prayers, please pray for us,” Amber said. 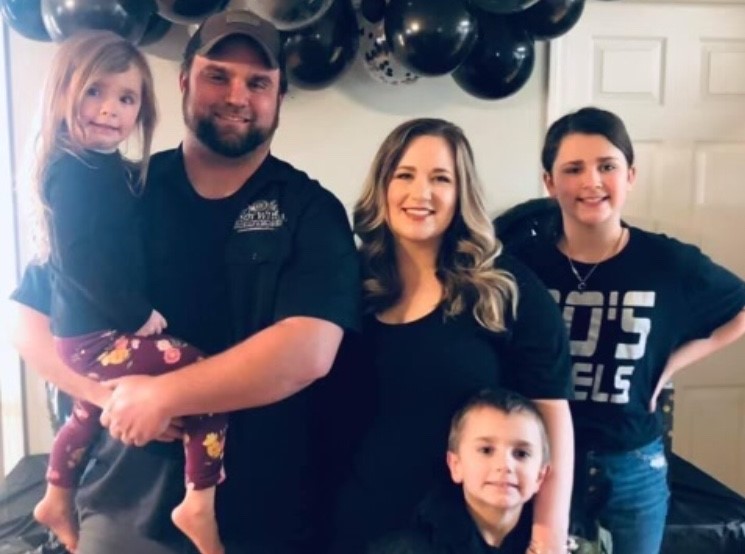 Aniston in her father Justin’s arms. Also pictured, her mother Amber, and siblings.