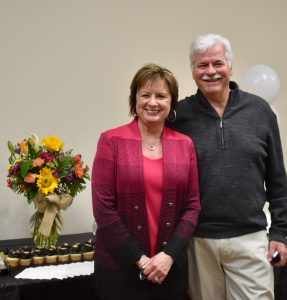 Last Friday a cold drizzle didn’t keep a warm crowd from showing up at the Metcalfe County Government Center to bid Carol England Chaney ado. Chaney announced her retirement in December. Since that time, she has been enjoying time in the comfort of home and family and reflecting on the blessing of a fulfilling career.

In 1998, Carol says that she began campaigning for the election in the January snows.

“People would ask me when the election was, and I would tell them that the primary was in May, and they would act surprised. But I knew how much work I had to do,” said Carol.

She had a map of Metcalfe County and made an effort to go to every house in person, to ask for their vote. When homeowners were not there, she would leave a handwritten note on the back of her card taped to their door.

When she took office in January 1999, she had no experience as a clerk, but she did have 16 years of experience as an insurance agent, a familiarity with the people of Metcalfe County, and a willingness to learn.

With the exception of one employee, everyone with Carol was also new to the job.

“It was all new stuff for me, and I didn’t know when I started that it was going to be 22 years. The first few years were hard, but I got comfortable in the shoes of County Clerk,” she said.

Shannon Fields, interim county clerk who was sworn in January, was there with Carol from the beginning.

“I was here from day one with Carol. She has been such a wonderful mentor, always proving to be helpful with the staff and the customers. She is a Christian, and my morals are like hers. She has set a wonderful example, of being led by God and willing to help others,” said Fields.

Throughout the years, Carol has made many friends, connections, and lasting bonds in the community.

Now retired, she says that she does miss the camaraderie of being with her work family every day, but is looking forward to the joys of future endeavors.

“I asked my husband Roger what retirement feels like, and he said it was like every day was Saturday. He’s right, and it’s wonderful. I plan to travel, and spend time with my grandkids,” said Carol.

Her six-year-old granddaughter, Kylee says that she’s ready to bake oatmeal raisin cookies and swim in the pool with her grandma. 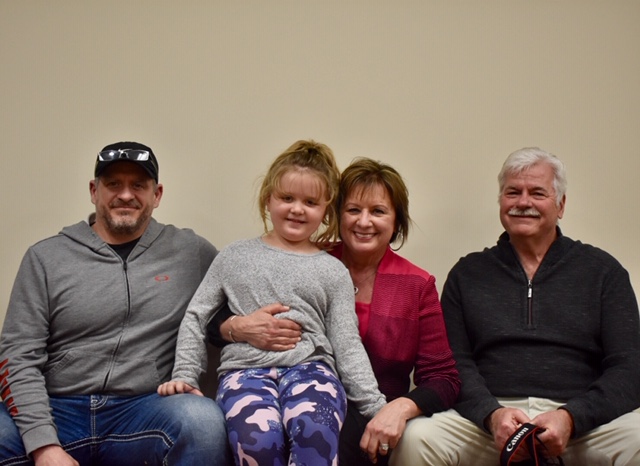 Carol Chaney along with her husband Roger son Russ, and granddaughter Kylee. Photo by Jennifer Moonsong 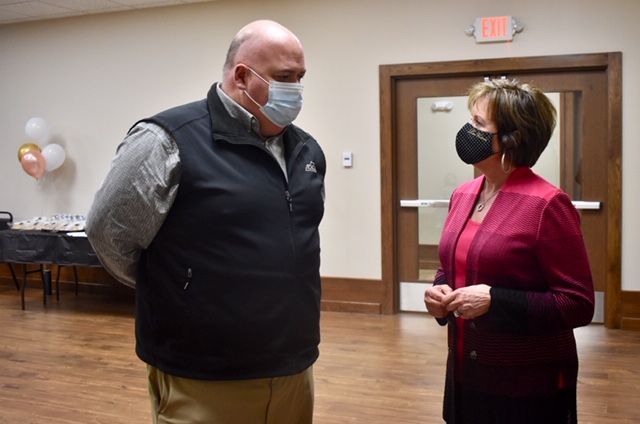