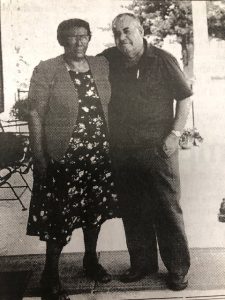 Anyone who has lived around Edmonton or Metcalfe County likely remembers the one place you could get emergency plumbing and electrical supplies when all other hardware stores were closed. Kinnaird Supply, the family-owned and operated business with honest, friendly, community-oriented owners, R. T. and Lovie Kinnaird was a staple in the community.

The Kinnaird’s ran their hardware business out of the basement of their home for 39 years, until R.T.’s death on January 13, 2011.

Both R.T. and Lovie Clark were born during the horrible days of segregation to hardworking parents. R.T. was born on September 1, 1929, to Walter Jackson “Jakie” Kinnaird and Beulah Strange Kinnaird of Edmonton. Lovie was born on July 12, 1925, to Emmitt and Velma Clark of the Node Community.

As most children of that day, R.T.’s knowledge of hard work came at an early age. According to an interview done by Geneice Marcum for Senior Quest, R. T. began buying chickens and eggs and also working at Cecil Moss’ Feed Store at age 12. He continued to work there faithfully for another 23 years.

Lovie attended the nearest black school which was Cedar Top, a one-room schoolhouse. She went on to attend Jackman High School in Columbia and then to Kentucky State College in Frankfort. Afterward, she came home to Metcalfe and began teaching at a local black school.

The two finally met when she started teaching at the Beech Grove Elementary School around 1945 and they went on to marry on June 25, 1949. Even though they were young, the marriage would last for 60 years.

After a serious car accident left R.T. unable to work at the Feed Mill. That is when he decided to start his own business in the basement of their home and in 1972 Kinnaird’s Supply opened. The business sold mostly plumbing and electrical supplies of all types and was known as an honest, trustworthy place to shop at and did quite a stable amount of business.

It didn’t matter if you were a family friend or a new customer from outside the county, everyone received the same friendly greeting, customer service, and a little helpful advice if you needed it.

The couple went on to raise two beautiful daughters, which Lovie left teaching to stayed home and take care of, while R.T. ran the business.

In later years, after the children were grown and married, they still ran the supply business, but on most warm evenings you could find them relaxing on their front porch. 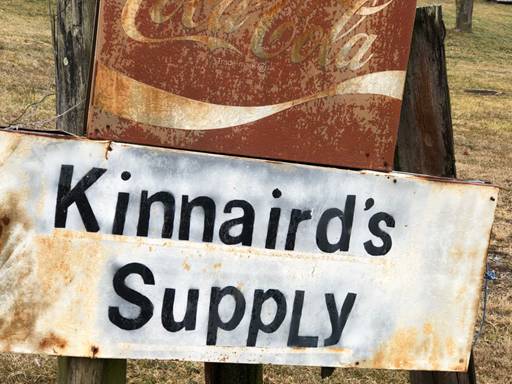 The weathered business sign is still posted at their home just as it was before their passing. Photo by PJ Martin