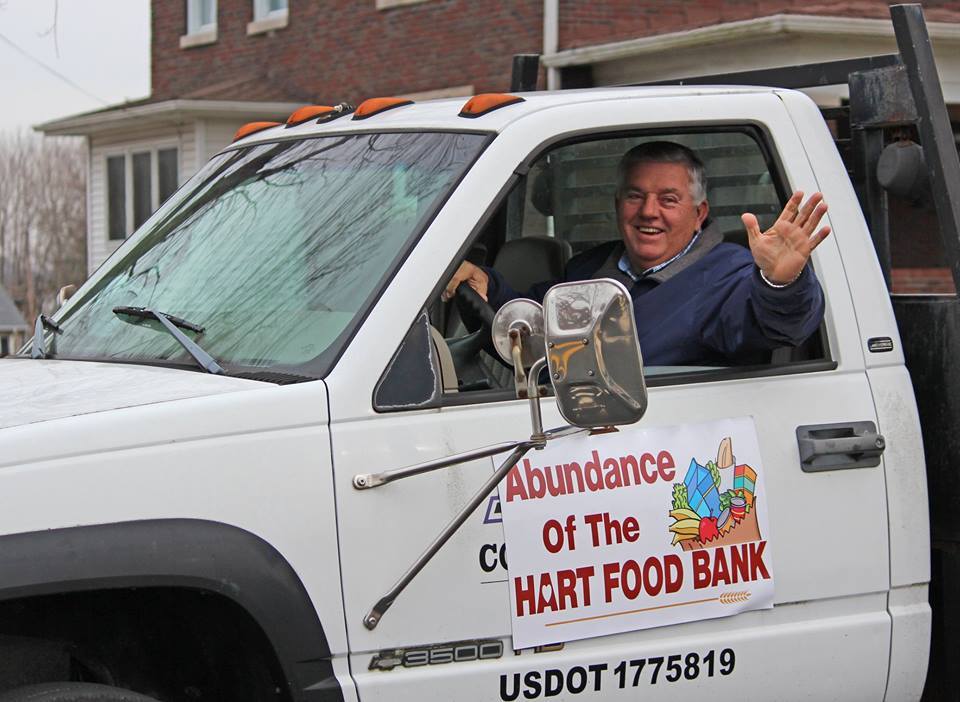 Pastor Phillip Trent, Sr. said that since July of 2000, From the Abundance of the Hart Food Bank has distributed over 3.3 million pounds of food to Hart County families in need. Photo submitted.

In 2000, Pastor Phillip Trent, Sr. was about to step foot into a meeting to discuss an organization that would serve a need within Hart County.

But as he went to open the door, that’s when the pastor said that he was blessed with a vision.

“It’s like I saw something that you couldn’t see with your natural eye,” Trent said. “I saw it in my spiritual eye. I saw a horn of plenty with all these grocery items in it, and this heart came out. This red heart formed in among those vegetables and things and said, ‘From the Abundance of the Hart’. And the heart was H-A-R-T.”

When Trent entered into the meeting, several people sat around the table as they discussed what the new organization’s name would be. That’s when he told them of the vision he had just experienced.

“And they said, ‘Wow. You couldn’t get a better name than that,’ so that’s where the name came from,” Trent said. “I believe it came from the Lord.”

From the Abundance of the Hart Food Bank is a certified member agency of Feeding America. For the past 21 years, the local organization has pushed forward with its key focus in mind: feeding the hungry of Hart County.

On the third Friday of each month, food is distributed to qualifying families outside the gymnasium of Munfordville Baptist Church.

The food, which comes from Feeding America and also donations such as food drives, varies each month but includes vegetables, meat, and non-perishable food items and often eggs and milk.

“It’s just been a real varied list of foods, more so in the last few years than it used to be,” Trent said. “Actually during (former President) Trump’s administration, the food really, really did pick up. It really did.”

According to Trent, last month in January, From the Abundance of the Hart distributed over 30,000 pounds of food to 521 local families.

“I guess we have somewhere around 200 home deliveries that’s made every month by different volunteers,” Trent said. “The number of people that’s disabled that can’t get out, that don’t have vehicles…We try our best to take care of those who cannot take care of themselves.”

Since July of 2000, Trent stated that From the Abundance of the Hart Food Bank has distributed over 3.3 million pounds of food to Hart County families.

“You can imagine what this (food) would mean to you if you were in crisis,” Trent said. “It would mean the difference between being able to buy your medicine and having food, or paying your light bill or paying your water bill or keeping your utilities on. To have food, that’s a tremendous blessing to them.”

“I’ve had many to tell us with tears in their eyes, ‘I don’t know what we’d do if it wasn’t from you all.’” Trent continued. “That’s the impact it has, and that’s why we keep going.”

Trent is the pastor of Immanuel Ministry Church located on LeGrande Highway in Horse Cave. His church, along with five other churches and a countless number of volunteers, dedicate hours each month to help with From the Abundance of the Hart Food Bank.

“We have volunteers that have helped us for years, very faithful,” Trent said. “…It’s hard work, but compassion is the motivator to help people. That’s why we do it because of the value that it is to these people (in need).”

Pastor Trent and his church are also serving the people of Hart County in many other ways. For the past 20 years, he has helped minister to local nursing homes, as well as providing services to the jail ministry. His church also has a food pantry itself for those who need food but cannot wait for the From the Abundance of the Hart distribution day.

“We help other people (in other ways). We don’t’ advertise that,” Trent said. “If their water is shut off or their electric, we try to help. Whatever the situation is, we try to be as helpful as we can…That’s just the church being the church…God has been extremely good to us, so we want to be His hands and do the very best we can.”

“Talk’s cheap, as they say,” Trent added. “Jesus not only said he loved me, but he showed he loved me by doing what he did for me. We want to love in Word and in action, and we’re trying to do our best to do that with these different programs.”

In the Bible, Matthew 25:35-40 states: “‘For I was hungry and you gave me something to eat, I was thirsty and you gave me something to drink, I was a stranger and you invited me in, I needed clothes and you clothed me, I was sick and you looked after me, I was in prison and you came to visit me.’ Then the righteous will answer him, ‘Lord, when did we see you hungry and feed you, or thirsty and give you something to drink? When did we see you a stranger and invite you in, or needing clothes and clothe you?  When did we see you sick or in prison and go to visit you?’ The King will reply, ‘Truly I tell you, whatever you did for one of the least of these brothers and sisters of mine, you did for me.’”

It is this passage of scripture that Pastor Trent said is the guideline for serving others, not only through From the Abundance of the Hart but also in one’s everyday walk of life.

“It’s putting feet to the Gospel, the Gospel in action,” Trent explained of the passage. “So, to preach that and do nothing would be a travesty…There’s people that need to know that the church is more than somebody who preaches Hell hot and Heaven wonderful. It’s much more than that.”

“As Christ has called us to go in all the world with the good news, He’s not only told us to go with Word but to go with deed, so the Gospel is in Word and deed,” Trent added. “If you have no deeds, then are you sure you’re putting out the Gospel?”

After all, that’s what they are called to do. 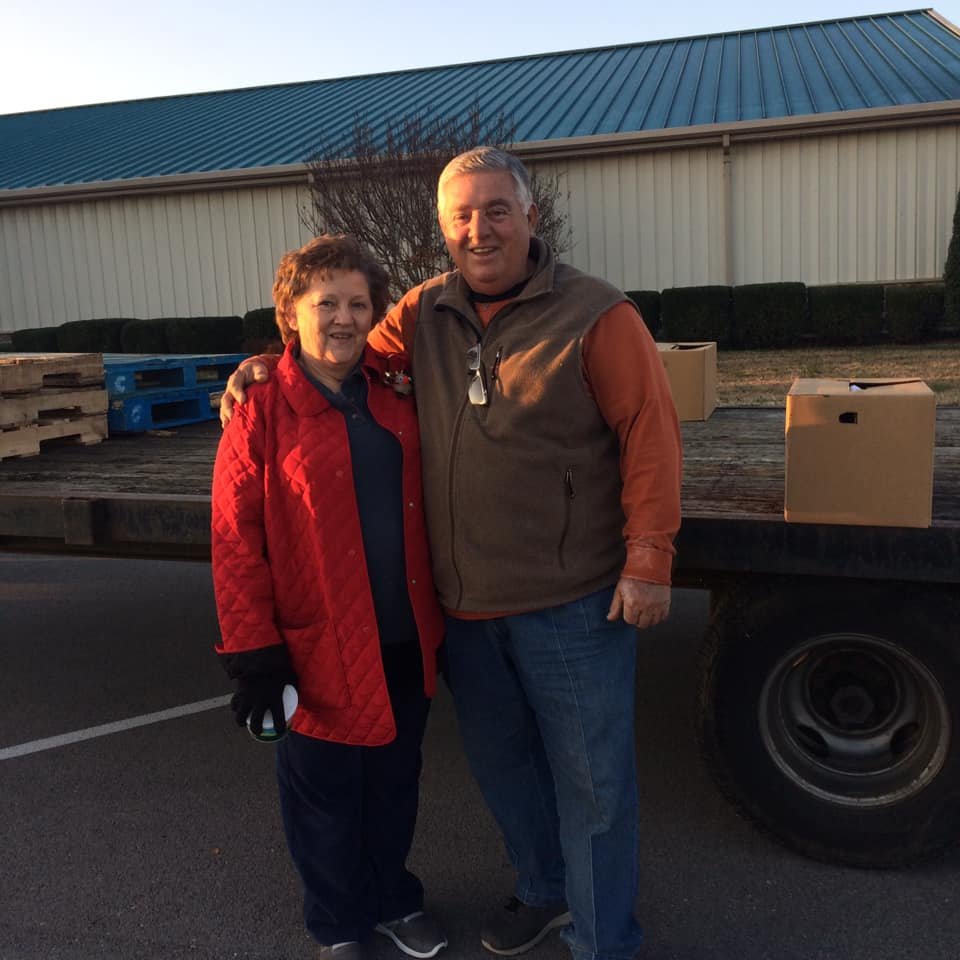 Phillip Trent, Sr. and his wife, Linda, are doing as God has called them to do: sharing the Gospel by serving others. Photo submitted. 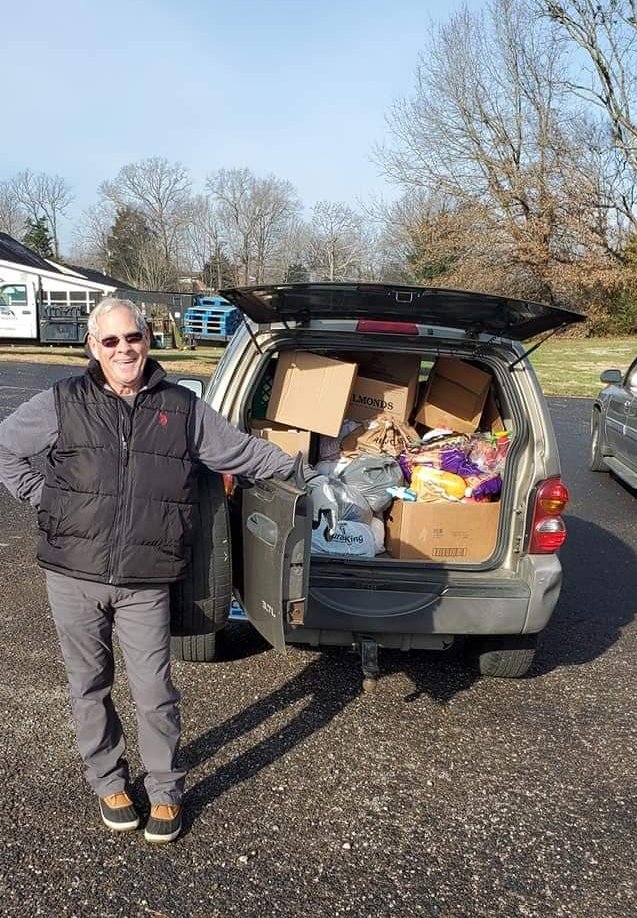 Donnie Wilson, a volunteer for From the Abundance of the Hart Food Bank, helps deliver food to families in Horse Cave. Photo submitted.