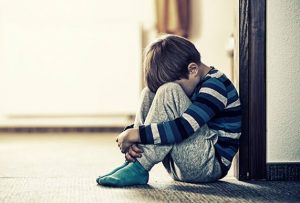 Again, for the third consecutive year, Kentucky has ranked an undesirable number one when it comes to child abuse and neglect.

In 2019, there were staggering 182 cases of death/near death incidents amongst Kentucky’s children.

The Child Fatality and Near Fatality External Review Panel’s 2020 annual report revealed that Kentucky averages 20.1 cases of child abuse/neglect for every 100,000 children. West Virginia ranked second with 18.7 cases per 100,000 children.

According to the panel’s findings the problem of child abuse and neglect is often rooted in substance abuse.

“Substance abuse continues to be one of the most prevalent risk factors, identified and 48.9% of all cases,” said the report. And in 17.5% of cases, the caregiver was determined to be impaired.

In many instances, the abuse begins before the child is even born, due to in utero drug exposure. A 2019 review shows that an overwhelming 16% of the children exposed while still in the womb were exposed to benzodiazepines.

“Families struggling with substance abuse often have reoccurring risks such as mental illness, domestic violence, poverty, and instability. This is well documented in research and evident in the data, the report continued.

However, that is not to say it is the only contributing factor. In most cases it is a combination of factors that lead to the abuse.

Other factors include a caregiver with a criminal history, joblessness and financial woes, a lack of treatment for mental health issues, a history of run-ins with law-enforcement, medical issues and lack of treatment, and unsafe access to deadly means including guns and ingestible poisons.

The panel found that for the past three years, children four years of age and younger were at the highest risk for fatal and near fatal events due to abuse. Children in all age categories were affected.

The report leaves the question: what is the answer to such a horrific problem?

The proposed answer seems to be fixing the problem behind the problem.

A top priority listed in the findings is for the reestablishment of family drug courts that offer treatment programs for people suffering from addiction. The reason for the recommendation is that in 2010, such family drug courts were widely done away with due to budget restrictions.

Another vital aspect and lessening the number of incidents, is recognizing and reporting abuse. All those statistics are drastic, the number of unreported abuse cases is likely even more concerning.

The report recommends looking for the Ten-4 Bruising Rule if you suspect abuse: In children four years old and younger, look for bruises on the T (Torso), E (Ears) and N (Neck). Also, any sign of bruising on an infant that does not yet crawl or title is likely abuse. The rule of thumb is “those who don’t cruise, don’t easily bruise”.

The entire report can be read at: