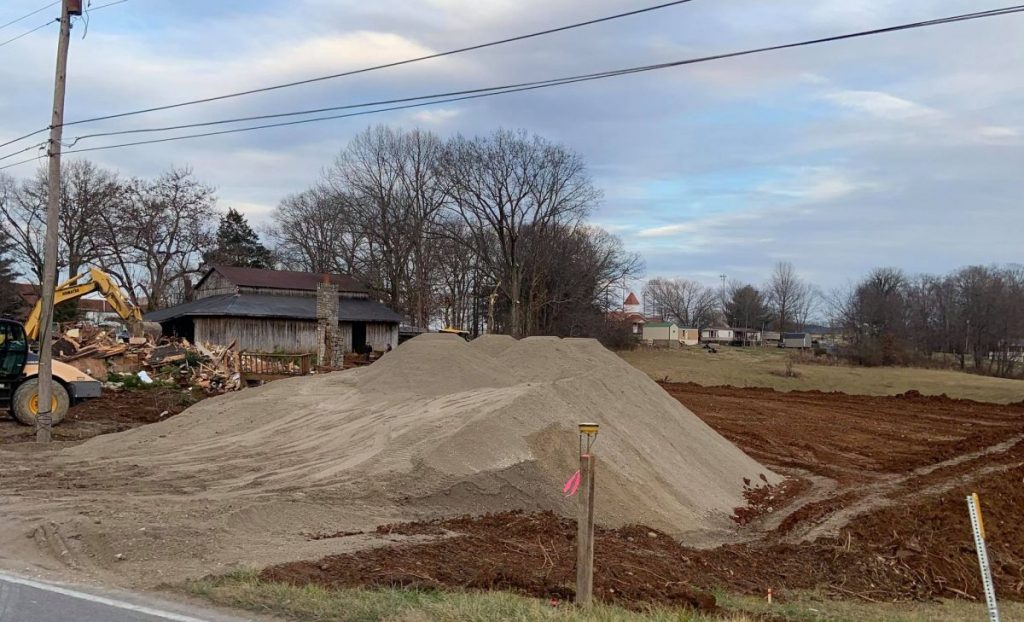 Preparation is underway for a new Dollar General Store being built on the corner of Lonoke Road and 31-W. Those living in the neighborhood see this as a nuisance. Photo submitted

On the corner of Lonoke Road and 31-W in Munfordville, land is being cleared in preparation for the construction of yet another Dollar General Store.

What some may see as convenience, homeowners in the area see it as a nuisance.

Mike and Laura Burd have lived in their home on Lonoke Road for over three decades.

Although traffic can be heavy at times and the intersection busy due to the area being adjacent to the local high school, Laura described the current location as a nice and peaceful neighborhood.

But this may soon change for the Burds.

According to Mike, the new store will be constructed only about 150 feet from the back of his and Laura’s home and about 7 to 10 feet from their boundary line.

For the couple, disappointing is an understatement.

“How would anyone feel about this?” Mike said. “There are no zoning laws in this county to prevent businesses from building in a residential area. What if it happened right beside your home? We and several neighbors were blind-sided.”

“I am concerned about the noise, blowing trash, traffic, and the value of our home,” Laura added. “Our very privacy has been violated. Other neighbors are also affected by this, not just us.”

One of those neighbors is Olivia King, who has lived in her home for 20 years. She became aware of the upcoming new business through word of mouth. Olivia, like the Burds, is also concerned about the store being built next door.

“My neighborhood right now is very peaceful,” Olivia said. “But as much as I appreciate the convenience, I certainly do not want to look out my backdoor at a Dollar Store.”

According to Greg Nichols, the Hart County Planning Commission Administrative Officer, Dollar General purchased the land on the corner of Lonoke Road and 31-W from a private citizen of Hart County.

Greg stated that there are zoning ordinances within the city limits of Munfordville. However, the current area in which the new Dollar Store will soon be built is not considered to be within Munfordville city limits.

“The city limits of Munfordville ends north of Green River,” Greg said. “Any subdivision that wishes to be a part of any city can do that by requesting to be annexed into the city. The city cannot take in a subdivision or any other property unless the request is made.”

The Burds state that they have not contacted anyone at City Hall about the new construction or zoning laws.

“Why? After the fact? No!” Laura said. “Landowners have no say in what can be built near them. There are no zoning laws to enforce this!”

“We hope to generate more discussion about zoning,” Laura added. “But we have heard every time it has been mentioned in the past, people just became angry, frustrated, or turned deaf ears to the suggestion.”

Greg also stated that occupants of the home near the construction location were notified when the survey was being performed.

“Several months ago, a surveyor and contractor came and started marking off the area, and I asked them what they were doing,” Mike said. “The surveyor said a Dollar Store was looking at the property. Then he showed me blueprints of the building. It was already a done deal.”

The Burds’ daughter, Ryan Scott, stated that she was shocked upon first hearing that a Dollar Store would be built so close to her parents’ home. But Ryan said that this isn’t just about her parents, but rather it affects everyone within that area.

“Regardless that it’s literally in my parents’ backyard, I feel it is in a bad location,” Ryan explained. “It’s in the middle of a residential neighborhood and in a school zone! Someone asked me if I was upset simply because it was affecting my parents. My reply was, ‘Normally you build homes in neighborhoods, not businesses.’”

As for the Burds, the couple are unsure of where to go from here.

“We have a wait and see attitude,” Laura said. “We will decide if we will stay or when we will move.”

For questions about this current situation or any other transaction of property, citizens are encouraged to direct their concerns to the Hart County Planning Commission at 270-537-5423. Any questions about zoning in Munfordville, Horse Cave, or Bonnieville can be directed to each respective City Hall.

The former home of Leon and Norma Jean Tharp has been torn down to build a Dollar General Store in the middle of the neighborhood. Photo submitted. 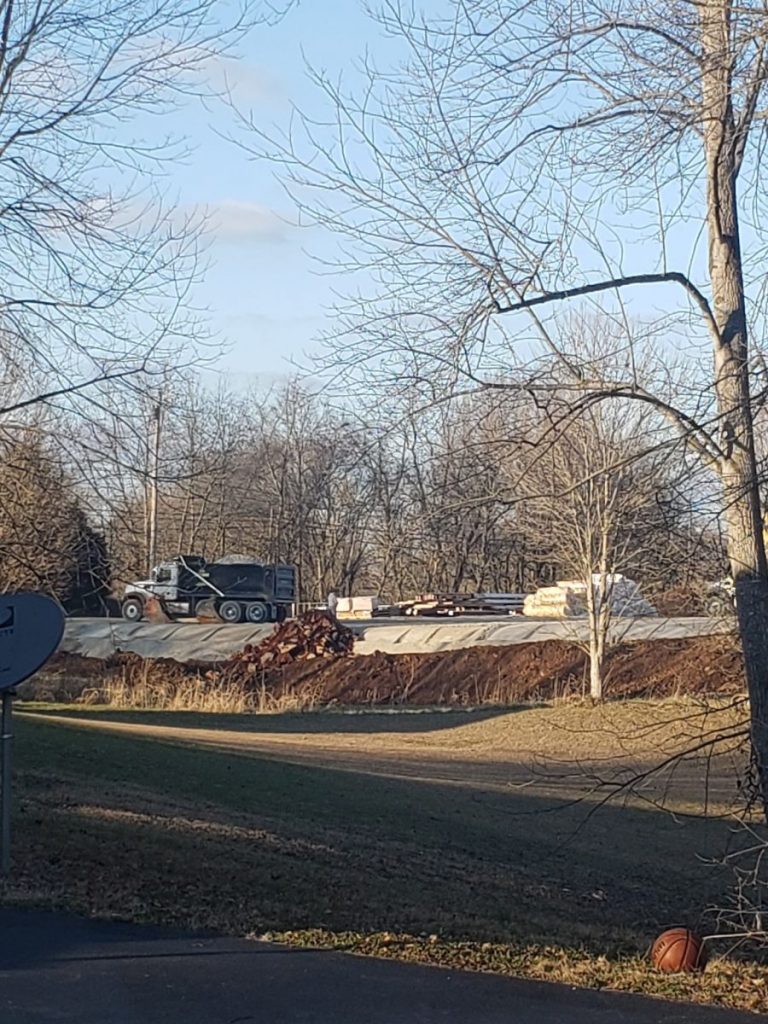 This is now the current view from the driveway of Olivia King’s home as preparation is underway for a Dollar General Store to be built in her neighborhood. Photo submitted.