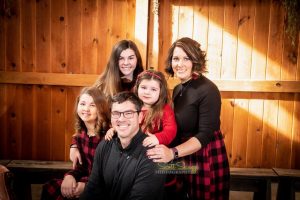 An Edmonson County native is fighting for her life in Louisville, Kentucky. The only daughter of Steve and Jill Skaggs, Sarah Childress, is an established member of our local community. Together with her husband, Jarrid Childress, they have three daughters: Ellie(13), Addie(11), Isla(5).

On Monday, January 11th, Sarah began experiencing symptoms of a migraine. As she traveled to take her daughter to a basketball game, she became even more ill. It was then that she decided to go to her parents’ home, where she intended to rest to ease her pain. Jarrid, who had been out of town to work as a firefighter, arrived to pick her up on Tuesday morning, and she was barely responsive.

Immediately knowing that something was wrong, he rushed her to the nearest medical facility, A+ Healthcare in Brownsville. Upon arriving and meeting the nurse, she was completely unresponsive and sent by ambulance to Bowling Green Medical Center.

The doctors struggled to find the cause of her unresponsiveness and administered a CT scan. Finding nothing, they then opted to do an MRI. The results were horrific. The scan identified a blood clot in her venus vein in the front side of her brain that had resulted in a stroke. Knowing that there was nothing they could do for her, the doctors scheduled a flight to Norton’s Hospital in Louisville. Though delayed nearly all day, she finally arrived late Wednesday night.

It was then that Sarah’s family received the worst news yet. Sarah’s blood clot was not only inoperable, but her brain may be stroke damaged beyond the chance of recovery. After doing another MRI, the doctor’s discovered that Sarah’s brain was, in fact, stroke damaged on both sides. For this reason, her consciousness was affected.

The miracle of the matter was that the family knew that Sarah could hear them! Steve, Sarah’s father, asked her to kick her leg if she was aware that her daughters were present on January 16th, and she immediately responded with a kick. Several times since then, she has done the same thing!

Soon after, on January 19th, Sarah had to undergo a tracheostomy and feeding tube insertion. In the days following, she opened her eyes for the first time, gave a thumbs-up, and was weaned off of the constant use of the ventilator. Although this is incredible news, Sarah still has a long uphill battle ahead of her. As of press time, more details to come. Her family will continue to wait every day for better news and persist in begging the Lord for mercy on her.

So far, the amount of donations and prayers given for Sarah has been overwhelming. The family is grateful beyond words for the outpouring of love and support. When asked, all Jarrid could say was, “There are no words that I could say or come up with to show my appreciation for the donations, thoughts, and most importantly prayers that have been given to Sarah and my family. Thank you all.”

Just like Jarrid, Sarah’s entire family has insisted that the best donation they can receive is prayers. However, there is a shirt order being taken up for the support of Sarah and her family. All profits and proceeds will go towards the alleviation of travel, medical, and other expenses during this incredible family’s time of trouble. In addition, there is a relief fund set up at Bank of Edmonson County for monetary donations. Donations can also be made at Limestone Bank (Brownsville branch only)PayPal (friends & family): SChildress299Venmo: Sarah-Childress-13 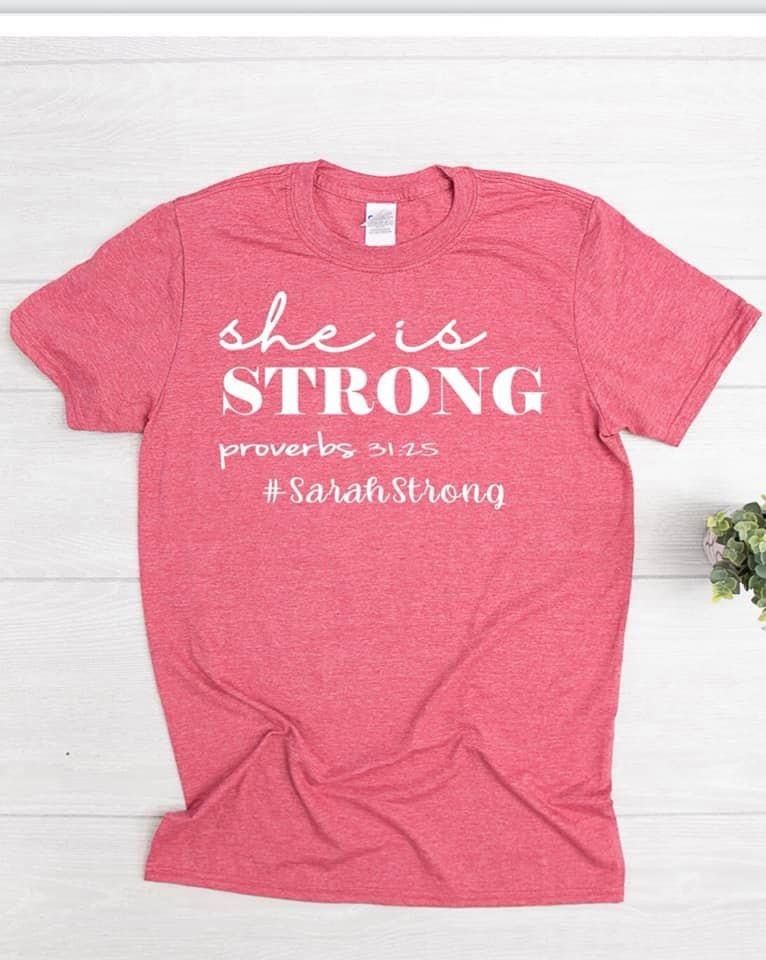 Shirts being made in support of Sarah and her family.